The Modern Idolatry (1934) by Jeffrey Mark

An amazingly well-written book which perfectly demonstrates how little has been learned in the past century with regard to economics and finance. It lays-bare the bitter truth about the operation of an economic system which continues to enslave humanity. 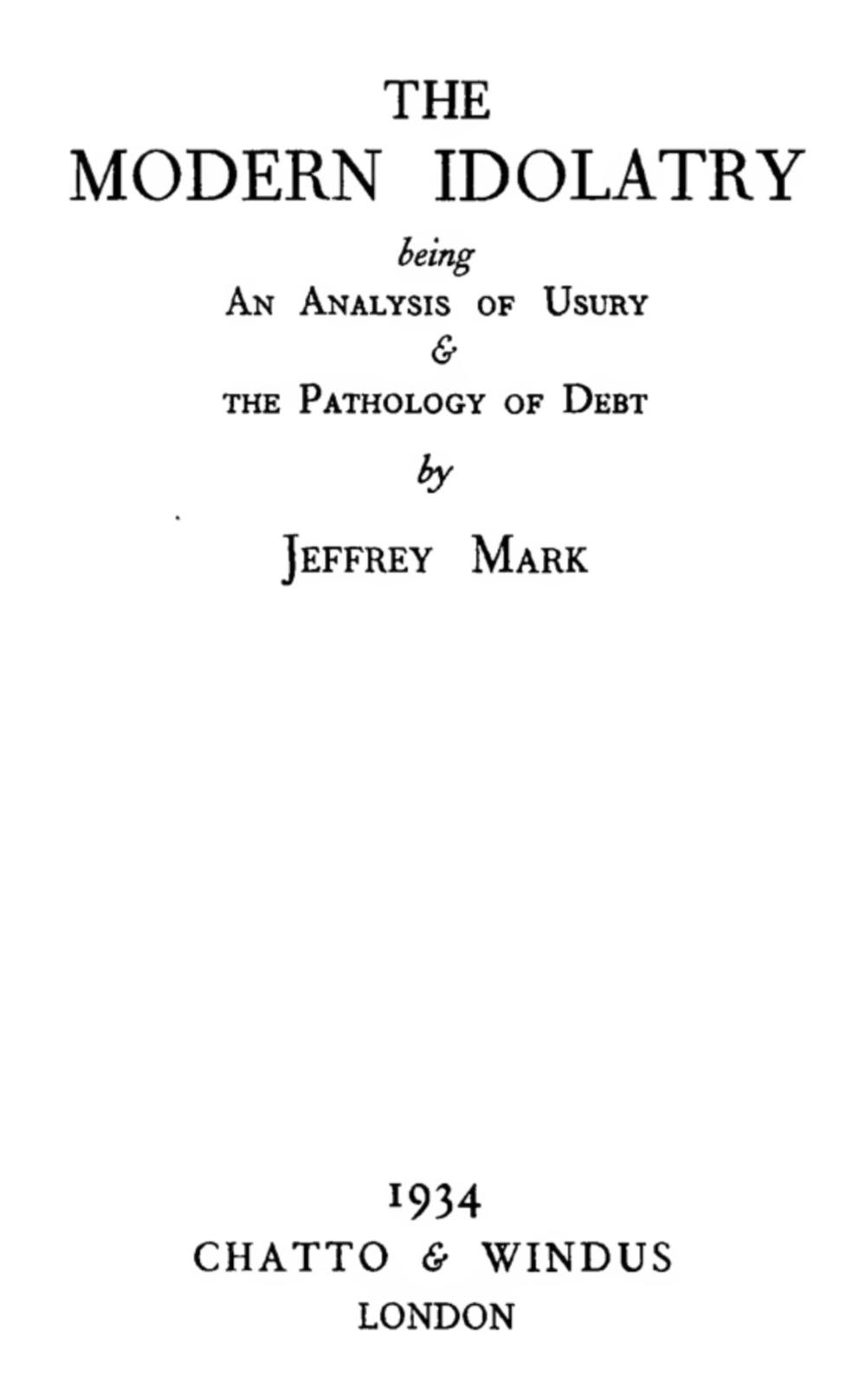 The aim of this book is to show that the causes for the present widespread individual, industrial, political and international unrest must be sought in the financial system, and in that only. More specifically, that this system, under whose archaic dictates we all necessarily live and suffer, is based on and entirely motivated by usury — which is itself the genesis of all hatred, fear, suspicion and war.

In order to do this, a somewhat detailed examination of existing financial processes has been undertaken. This has hitherto been considered the exclusive province of financial and economic experts. It is imperative to-day that it should be regarded as a matter for everyman’s judgment. The fact that certain sections of the book are somewhat technical, does not mean, therefore, that it has been written solely as a challenge to financial theorists. This book is written for the ordinary man, and its main implication is sociological.

The present intolerable position, which the writer believes to be merely the preliminary stage in the complete breakdown of the monetary system throughout Western civilization, is the living ‘reductio ad absurdum’ of a condition which is implicit in all forms of sociology under usury. Modern civilizations, as well as those of the ancient world, have been built up on and were or are being broken by usury.