Home Books The Jews and Modern Capitalism (1913) by Werner Sombart

The Jews and Modern Capitalism (1913) by Werner Sombart

The Jews and Modern Capitalism (1913) 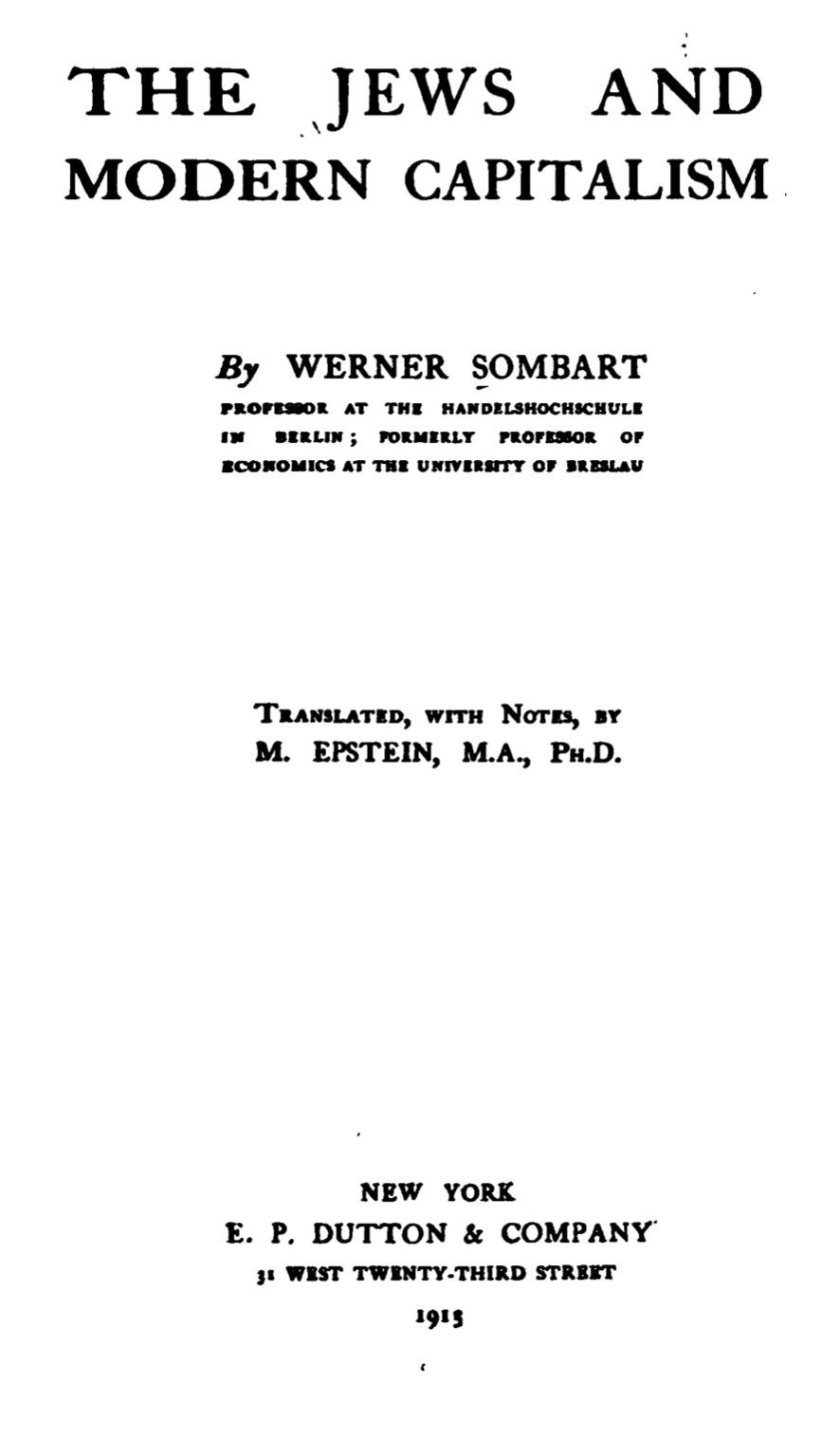 Werner Sombart (1863 -1941) was a German economist and sociologist and one of the leading Continental European social scientists during the first quarter of the 20th century. Sombart's "The Jews and Modern Capitalism" is an effort similar to Max Weber's historic study of the connection between Protestantism (especially Calvinism) and Capitalism, with Sombart documenting Jewish involvement in historic capitalist development. He argued that Jewish traders and manufacturers, excluded from the guilds, developed a distinctive antipathy to the fundamentals of medieval commerce, which they considered primitive and unprogressive. They tended to reject the medieval desire for 'just' (and fixed) wages and prices, a system in which shares of the market were agreed upon and unchanging, profits and livelihoods modest but guaranteed, and limits placed on production. Excluded from the system, Sombart argued, the Jews broke it up and replaced it with modern capitalism, in which competition was unlimited and new rules or order were established. Paul Johnson, who considers the work "a remarkable book", notes that Sombart left out some inconvenient truths, and ignored the powerful mystical elements of Judaism. Sombart refused to recognize, as Weber did, that wherever these religious systems, including Judaism, were at their most powerful and authoritarian, commerce did not flourish. Jewish businessmen, like Calvinist ones, tended to operate most successfully when they had left their traditional religious environment and moved on to fresher pastures. Chapters on: The contribution of the Jews to modern economic life. Introductory -- The shifting of the centre of economic life since the sixteenth century -- The quickening of international trade -- The foundation of modern colonies -- The foundation of the modern state -- The predominance of commerce in economic life -- The growth of a capitalistic point of view in economic life -- pt. 2. The aptitude of the Jews for modern capitalism. The problem -- What is a capitalist undertaker? -- The objective circumstances in the Jewish aptitude for modern capitalism -- The significance of the Jewish religion in economic life -- Jewish characteristics -- pt. 3. The origin of the Jewish genius. The race problem -- The vicissitudes of the Jewish people.