Home Books Capitalism and Its Culture (1935) by Jerome Davis

Capitalism and Its Culture (1935) by Jerome Davis 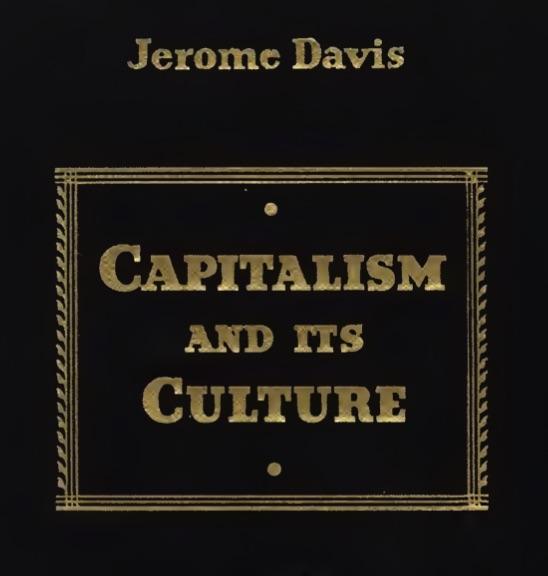 We live in a capitalistic era and should uncover and appraise all ascertainable truth about the age in which we live. Surprisingly enough, there has been little or no detailed scientific research carried on concerning the general effects of capitalism and the part it plays in the life of the ordinary citizen. Thorstein Veblen, Sidney Webb, R. H. Tawney, Harry Ward, Harold Laski, and others have done notable work in this field, but there are still large areas of virgin territory to explore. It is anomalous that while we are living under capitalism we should know so little about its effects. Like the men who were shipwrecked and dying of thirst and then discovered they were floating in the mouth of the Amazon, our society has a tendency to grant funds for research in almost any field except those on the actual effects of capitalism itself ; yet this area may be the most vital and fruitful of all.

The following book is not designed to be a complete study of capitalism. No one is more clearly aware of its imperfections than the author. To make an adequate study of capitalism would demand a staff of assistants and an appropriation of money equal to the amount spent on “Recent Social Trends.” No American research foundation apparently is willing to finance such a study, nor have students in the field seen fit to deal exhaustively with the subject.