No Treason VI - The Constitution of No Authority (1870) 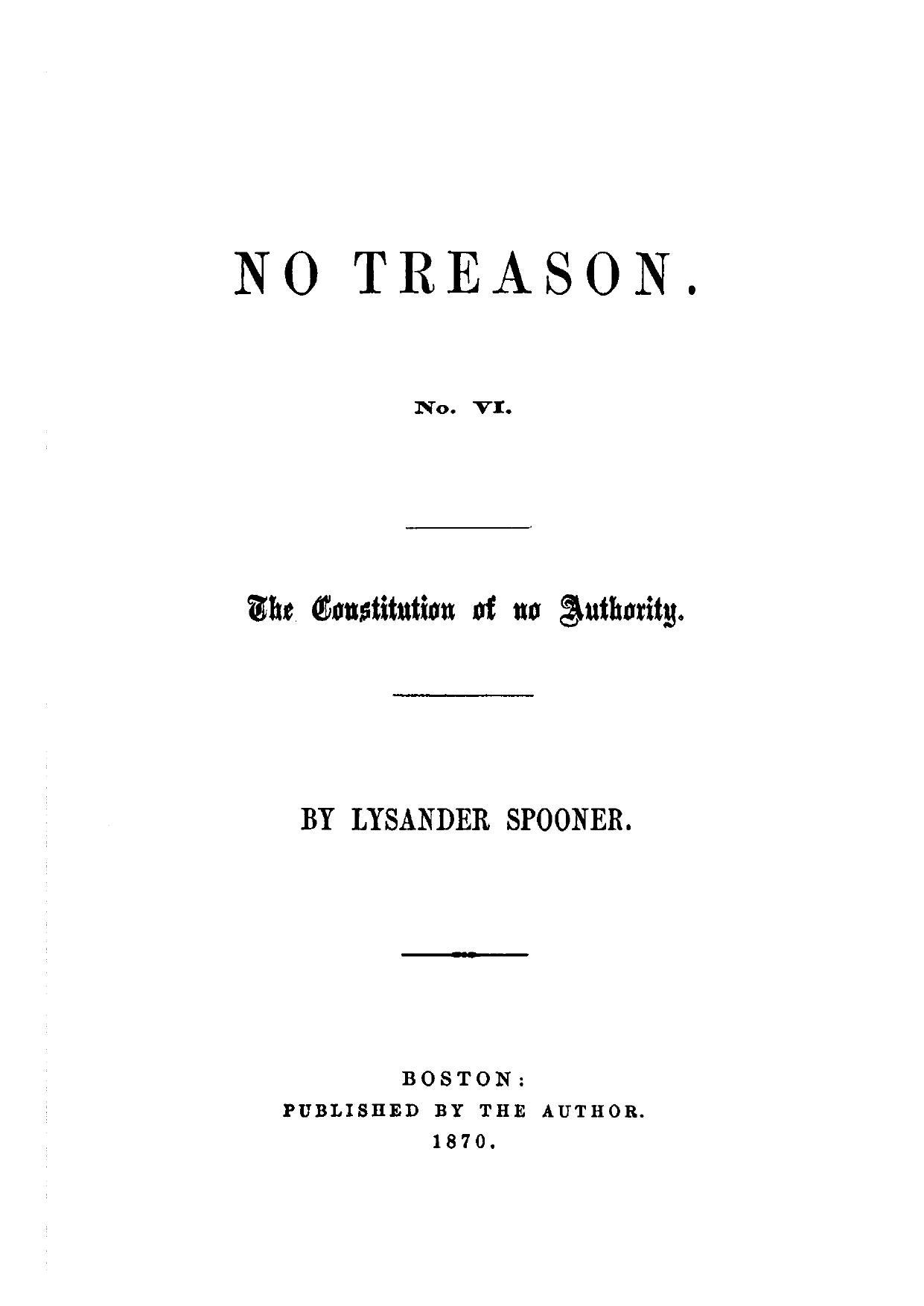 The Constitution has no inherent authority or obligation. It has no authority or obligation at all, unless as a contract between man and man. And it does not so much as even purport to be a contract between persons now existing. It purports, at most, to be only a contract between persons living eighty years ago.1 And it can be supposed to have been a contract then only between persons who had already come to years of discretion, so as to be competent to make reasonable and obligatory contracts. Furthermore, we know, historically, that only a small portion even of the people then exist- ing were consulted on the subject, or asked, or permitted to express either their consent or dissent in any formal manner. Those persons, if any, who did give their consent formally, are all dead now. Most of them have been dead forty, fifty, sixty, or seventy years. And the Constitution, so far as it was their contract, died with them. They had no natural power or right to make it obligatory upon their children. It is not only plainly impossible, in the nature of things, that they could bind their posterity, but they did not even attempt to bind them. That is to say, the instrument does not purport to be an agreement between any body but "the people" then existing; nor does it, either expressly or impliedly, assert any right, power, or disposition, on their part, to bind anybody but themselves.

Inasmuch as the Constitution was never signed, nor agreed to, by anybody, as a contract, and therefore never bound anybody, and is now binding upon nobody; and is, moreover, such an one as no people can ever hereafter be expected to consent to, except as they may be forced to do so at the point of the bayonet, it is perhaps of no importance what its true legal meaning, as a con- tract, is. Nevertheless, the writer thinks it proper to say that, in his opinion, the Constitution is no such instrument as it has generally been assumed to be; but that by false interpretations, and naked usurpations, the government has been made in practice a very widely, and almost wholly, different thing from what the Constitution itself purports to authorize. He has heretofore written much, and could write much more, to prove that such is the truth. But whether the Constitution really be one thing, or another, this much is certain—that it has either authorized such a government as we have had, or has been powerless to prevent it. In either case, it is unfit to exist.