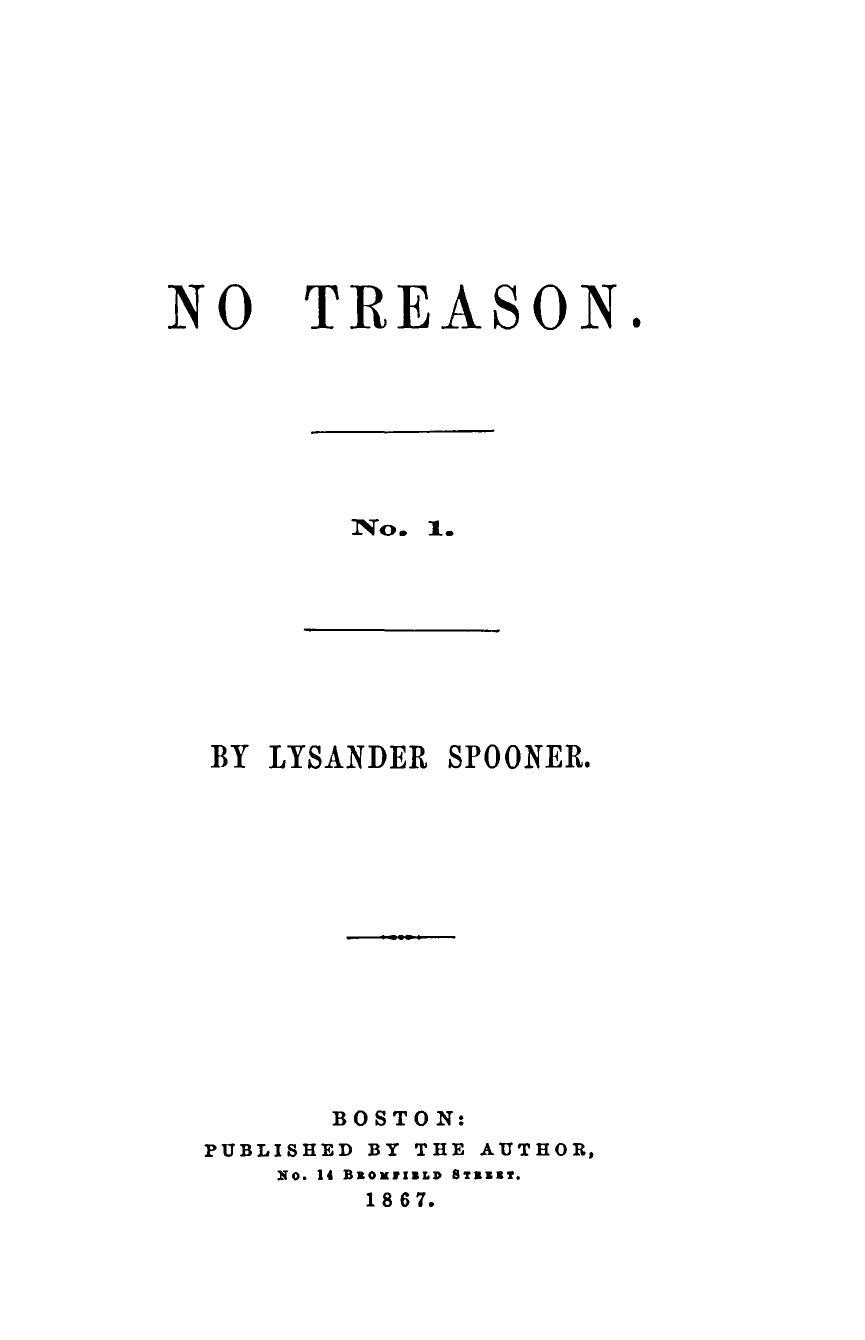 THE question of treason is distinct from that of slavery and is the same that it would have been, if free States, instead of slave States, had seceded.

On the part of the North, the war was carried on, not to liberate the slaves, but by a government that had always perverted and violated the Constitution, to keep the slaves in bondage j and was still willing to do so, if the slaveholders could be thereby induced to stay in the Union.

The principle, on which the war was waged by the North, was simply this: That men may rightfully be compelled to submit to, and support, a government that they do not want; and that resistance, on their part, makes them traitors and criminals.

No principle, that is possible to be named, can be more self. evidently false than this; or more self-evidently fatal to all political freedom. Yet it triumphed in the field, and is now assumed to be established. If it be really established, the number of slaves, instead of having been diminished by the war, has been greatly increased j for a man, thus subjected to a government that he does not want, is a slave. And there is no difference, in principle - but only in degree - between political and chattel slavery. The former, no less than the latter, denies a man's ownership of himself and the products of his labor j and asserts that other men may own him, and dispose of him and his property, for their uses, and at their pleasure.

Previous to the war, there were some grounds for saying that- in theory, at least, if not in practice - our government was 80 free one; that it rested on consent. But nothing of that kind can be said now, if the principle on which the war was carried on by the North, is irrevocably established.