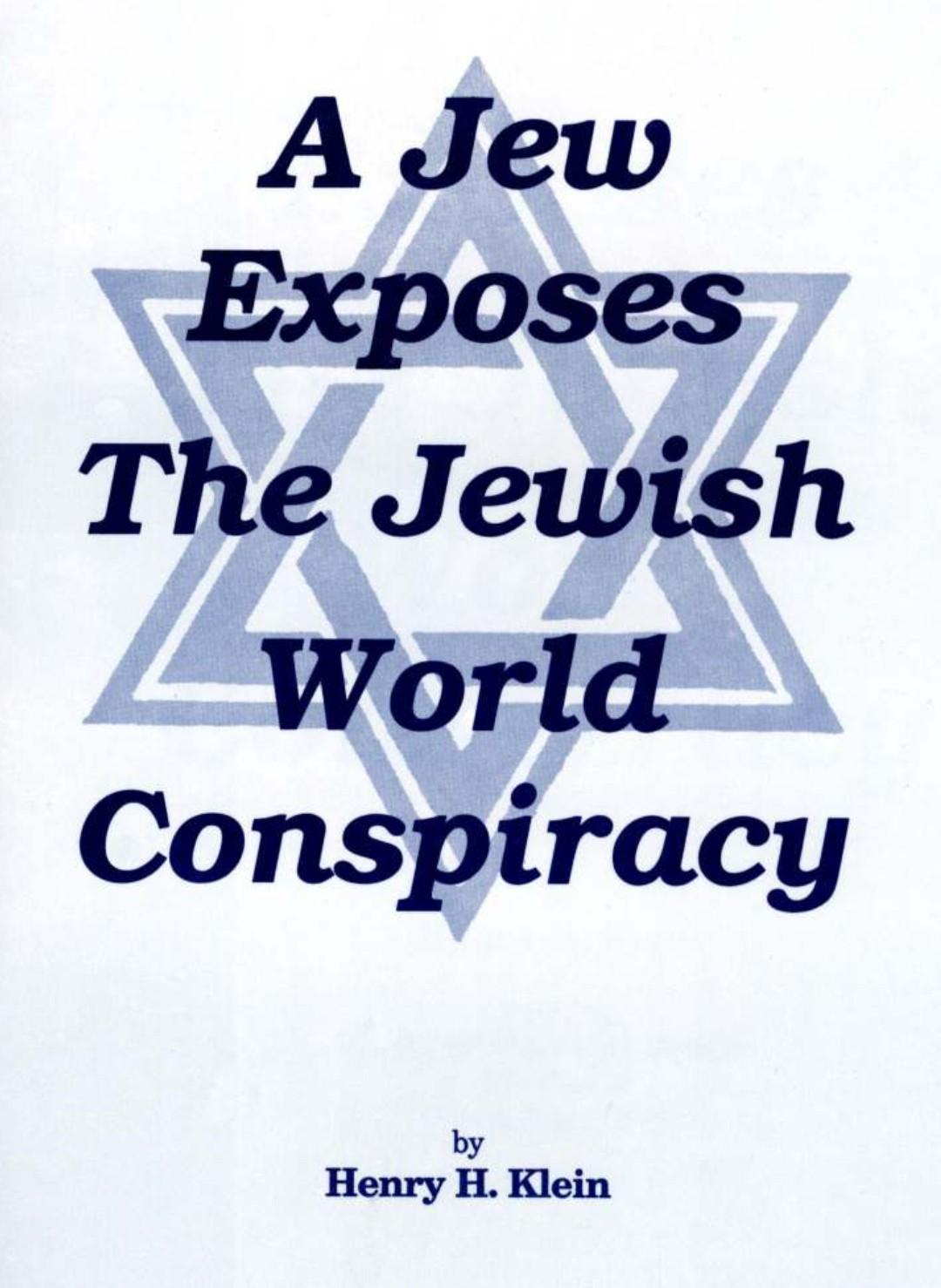 Now that the worst world war is over, it is well to know who caused it and why. For that reason I have written this article. - Henry H. Klein

Two thousand years ago, Jesus tried to save Jewish civilization. He advocated the law of God and Moses, the law of nature, the law of limitation-limiting excessive private fortunes by law. The Jewish Sanhedrin, composed of some of the worst money gangsters and political crooks of Palestine, condemned Jesus. They charged him with sedition against the Roman government and had him convicted and executed by the Roman governor. Palestine was a province of Rome. That was the beginning of the end of Jewish and Roman civilization and the beginning of Christian civilization.

For more than thirty years I have advocated the law of God and Moses -- the law of limitation. I have been urging a capital tax, limiting excessive private fortunes by law. During all that time and since the publication of my first book, "Standard Oil or The People" in 1914, the word "limitation" as applied to excessive private wealth, has been kept out of public print though the law of limitation applies to everything in life, including life itself.