The World Conquerors (1958) by Louis Marschalko 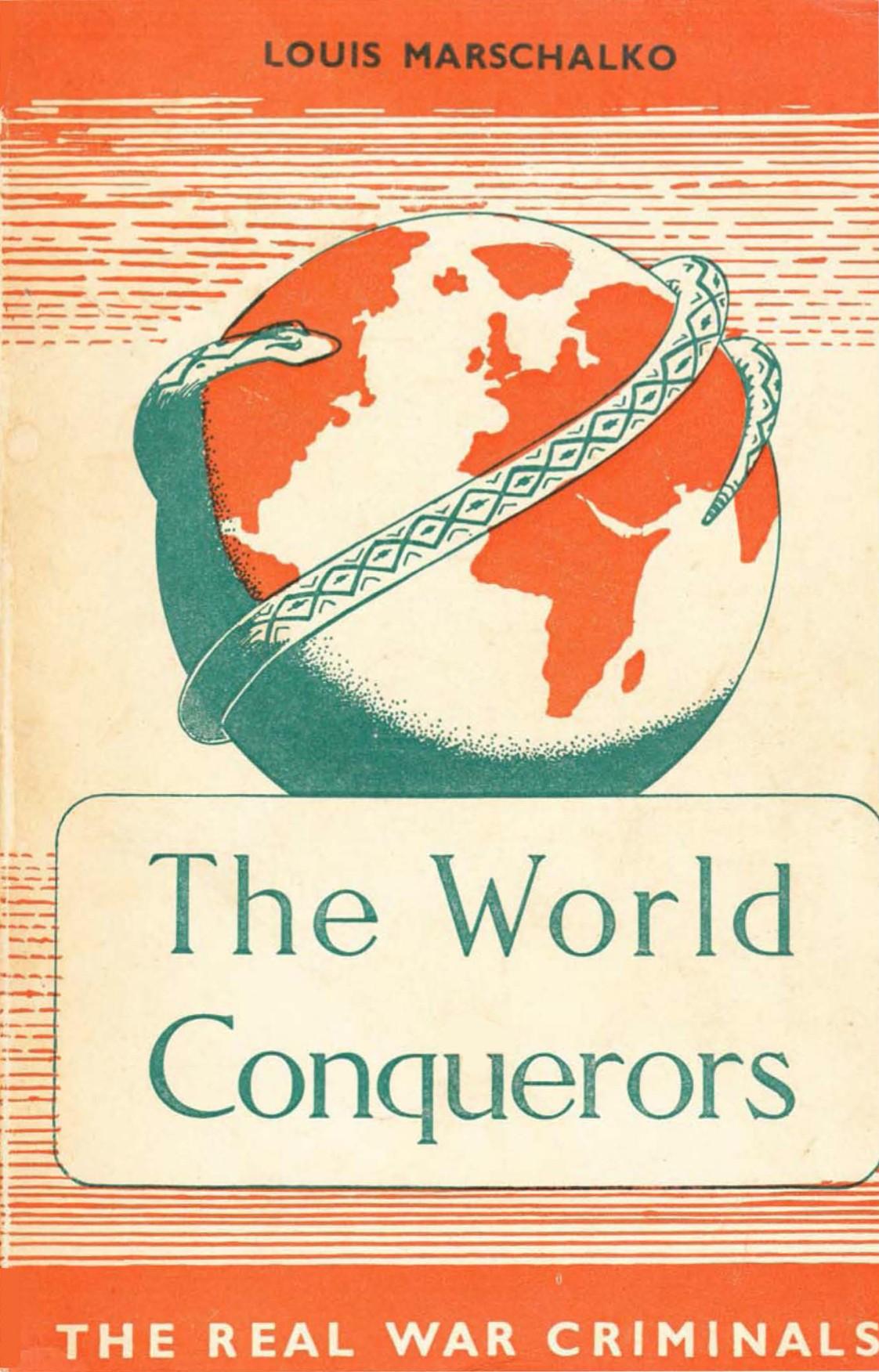 The Second World War was said to have been waged for "the rights of small nations," but the author, like countless other Hungarians, is literally "on the run from Communism." He has been living in exile since 1945 because of his anti-communist views. Although he was never a member of any party, the Communist regime of Hungary, with typical effrontery, demanded that the U.S.A. authorities "hand Louis Marschalko over as a war criminal." A former special correspondent of two leading newspapers in pre-Communist Hungary, Marshalko is a brilliant novelist, playwright and poet and has many hundreds of articles in his credit. WORLD CONQUERORS expresses some of the bitterness and contempt of enslaved Europeans for the rulers of the "victorious nations." It shows that by being urged to throw off the German yoke, the central European nations were tricked into becoming satellites of the Soviet. WORLD CONQUERORS indites the real war criminals. It gives horrifying glimpses of the agony behind the Iron Curtain and describes the plot to extend the slave system to the Western world. Thousands of copies of the Hungarian edition have been sold and this English translation is published to warn the West. It is written by one who is a firm friend of the English-speaking people but an implacable foe of their vacillating and corrupt governments.