Home Books Tyranny Could Not Quell Them (1962) by Gene Sharp

Tyranny Could Not Quell Them (1962) by Gene Sharp 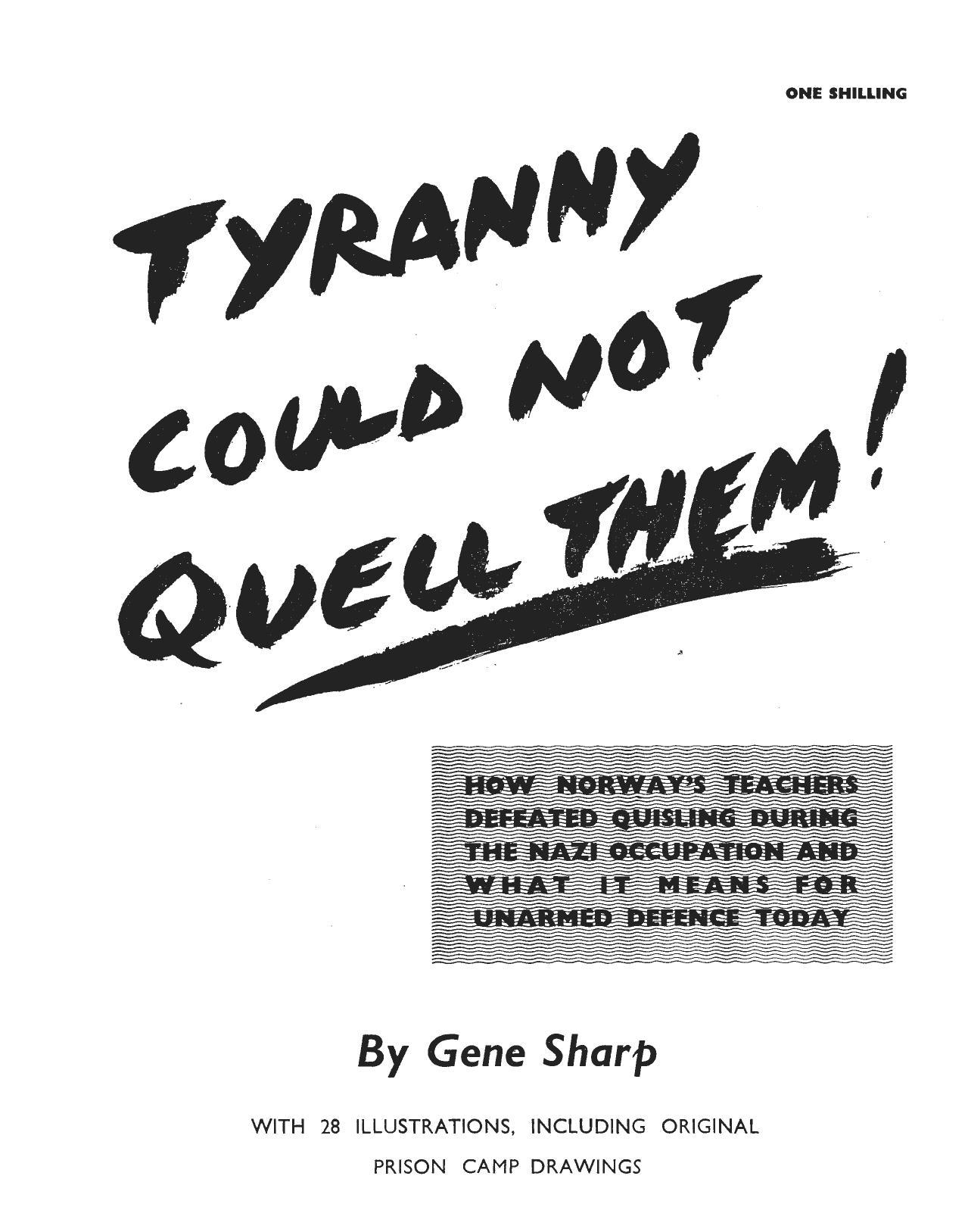 GENE SHARP'S Peace News articles about the teachers' resistance in Norway are correct and well-balanced, not exaggerating the heroism of the people involved, but showing them as quite human, and sometimes very uncertain in their reactions. They also give a right picture of the fact that the Norwegians were not pacifists and did not act out of a sure conviction about the way they had to go. Things happened in the way that they did because no other wa_v was open. On the other hand, when people acted, they were steadfast and certain. The fact that Quisling himself publicly stated that the teachers' action had destroyed his plans is true, and meant very much for further moves in the same direction afterwards. The action of the parents, only briefly mentioned in this pamphlet, had a very important influence. It reached almost every home in the country and everyone reacted spontaneously to it.

THE Norwegian teachers' resistance is one of the most widely known incidents of the Nazi occupation of Norway. There is much tender feeling concerning it, not because it shows outstanding heroism or particularly dramatic event§, but because it shows what happens where a section of ordinary citizens, very few of whom aspire to be heroes or pioneers of resistance, are suddenly faced with terrifying situations of a kind which they were never trained to meet.Those who showed weaknesses will probably never get over it. Those who found unexpected strength in their hearts will perhaps always feel stronger.The journey to the camp at Kirkenes and the decisions taken before it exemplifies a kind of test that might be put to anyone anywhere in the years to come.The main lesson seems-to be that people are able to stand up for what they believe and find their own leaders irrespective of how the military situation develops.It is of great value that Gene Sharp, as a man from another country and as an experienced specialist in studying non-violent resistance, has undertaken to write about the 'Kirkenes Journey.' His account reveals an intimate knowledge of his subject and an ability to concentrate on those aspects which make the journey intensely interesting to those who ask about the potentialities of non-violent resistance in the future.

Institute of Philosophy and the History of Ideas,
The University of Oslo.