The Gulag Archipelago is a three-volume, non-fiction text written between 1958 and 1968 by Russian writer and historian Aleksandr Solzhenitsyn. It was first published in 1973, followed by an English translation the following year. It covers life in what is often known as the gulag, the Communist Soviet forced labour camp system, through a narrative constructed from various sources including reports, interviews, statements, diaries, legal documents, and Solzhenitsyn's own experience as a gulag prisoner. In Russian, the term GULAG is an acronym for Main Directorate of Camps (Главное управление лагерей).

Following its publication, the book initially circulated in samizdat underground publication in the Soviet Union until its appearance in the literary journal Novy Mir in 1989, in which a third of the work was published in three issues. Since the dissolution of the Soviet Union, The Gulag Archipelago has been officially published in Russia. 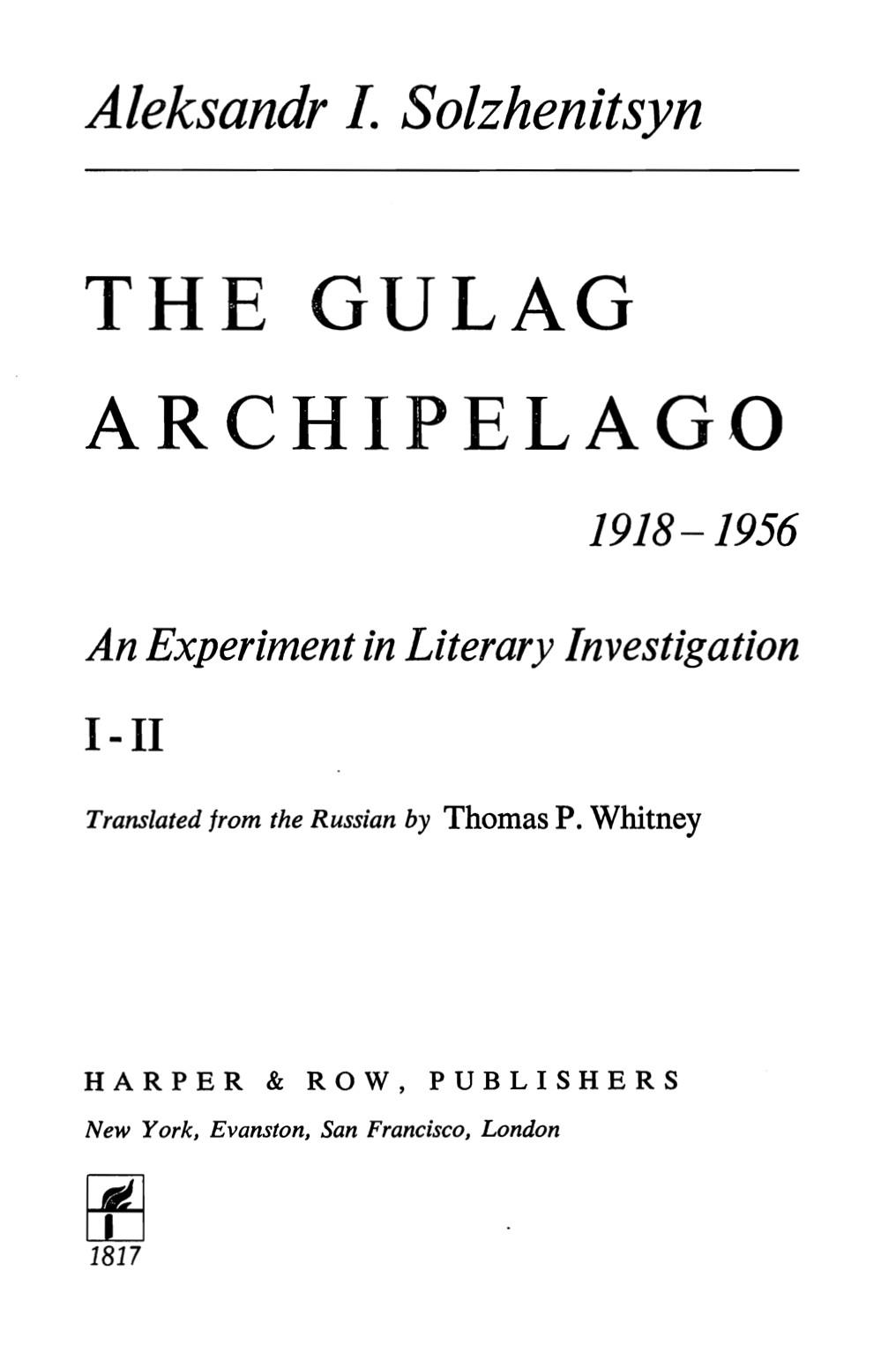