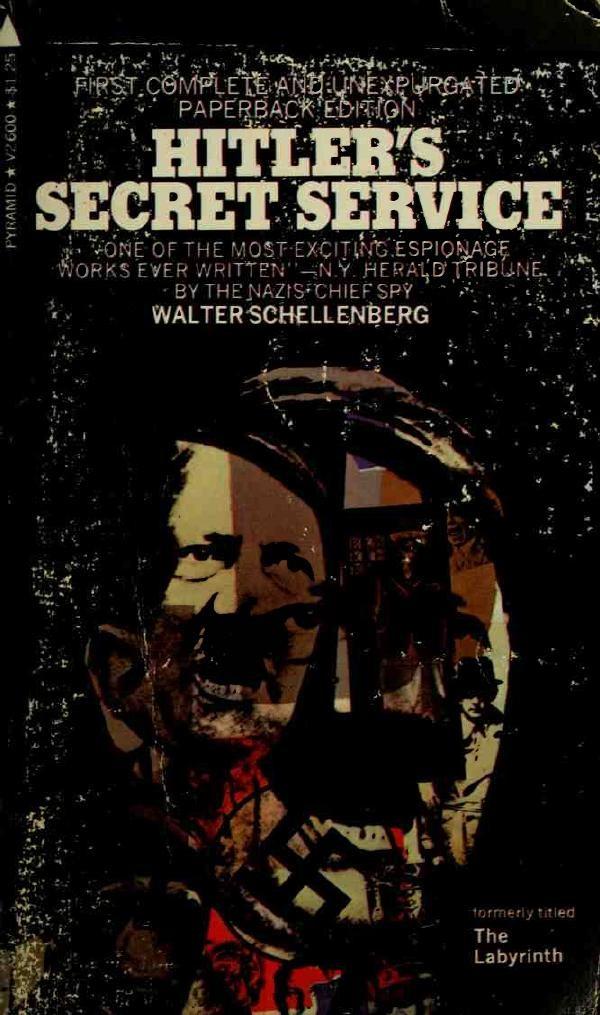 Walter Schellenberg's memoirs would be worth reading, if for nothing else, as a first-rate collection of spy stories. For the text does not behe the promise of the chapter headings: the plot to kidnap the Duke of Wind- sor, the affair of the Vietinghoff brothers, the Polish agent K and the spy ring in the Manchoukuoan Embassy, the capture of the British Secret Service agents at Venlo, and the hunting down of the Communist Rote Kapelle organization. All these are episodes not from fiction but from the history of the last twenty years and they are described by the man who became the head of Hitler's Foreign Intelligence Service.

When the Nazis came to power at the end of January 1933, Walter Schellenberg was a young man of twenty- two looking for a job. Three years at the University of Bonn, during the course of which he changed from the study of medicine to that of law, had left him with few qualifications. Like thousands of other German university students he had only his wits to rely on at a time when
jobs were more difficult to get than ever before. Like thousands of others in the same situation he joined the Nazi party, neither from conviction nor against it, but as the obvious avenue to success.

Making the most of his education, Schellenberg took care to join the black-shirted SS—in the SS one found "the better type of people"—and leaped at the chance of a job in the SD, the intelligence and security service set up within the SS by Heydrich, another young man on the make.

For the rest of his career (it was over by the age of thirty-five) this was Schellenberg's worid, the worid of the Secret Service and the Secret Police, a worid in which nothing was too fantastic to happen, in which normality of behavior or simplicity of motive were curiosities and nothing was taken at face value, a worid in which lies, bribes, blackmail and false papers, treachery and violence were part of the daily routine.