An Idea Conquers the World (1954) by Count Coudenhove-Kalergi 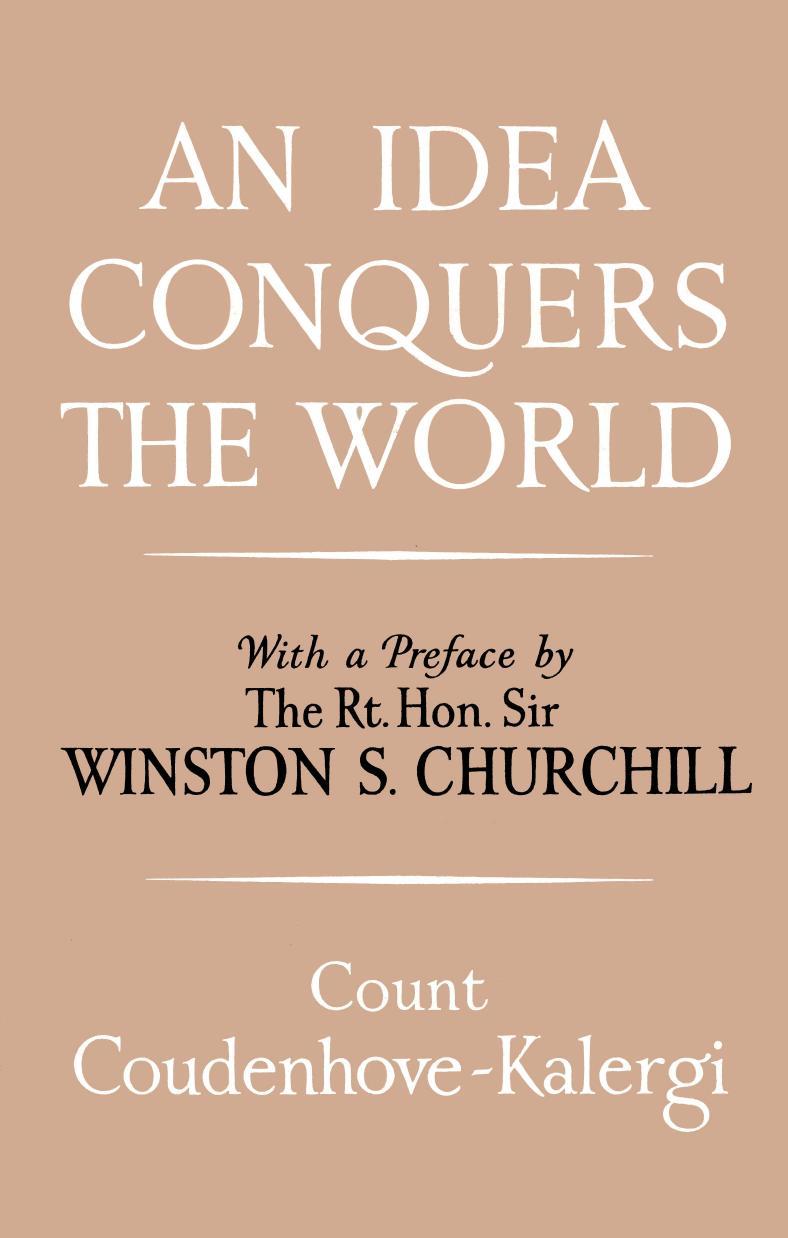 This book, the autobiography of Count Coudenhove-Kalergi, is of the deepest interest to all who have at heart the cause of international unity. Its author since his youth has dedicated himself to the ideal of a united Europe. His idea First received practical application with the Congress of Europe in 1926 , after the Second World War it re-emerged with greater strength, and from it has sprung the Council of Europe. Heedless of party labels, he has enlisted at various times the support of such men as Briand, Stresemann, Amery, Masaryk, Benes and Churchill, and his book throws fascinating sidelights on the statesmen of the between-war period. It is an inspiring story of thirty years' patient and fruitful work towards an ideal which, as Sir Winston Churchill asserts in his Introduction, "may be the surest of all the guarantees against the renewal of great wars."

IDEAS are born as sparks Hy upwards. They die from their own weakness, they are whirled away by the wind, they are lost in the smoke; they vanish in the darkness of the night.

Someone throws another log of trouble and effort, and fresh myriads or sparks stream ineffectually into the air. Men have always tended these fires, casting into them the fruits of their toil, indeed, all they can spare after keeping body and soul together. Sometimes at rare intervals something exciting results from their activities. Among innumerable sparks that flash and fade away, there now and again gleams one that lights up not only the immediate scene, but the whole world.

So when the idea of the United States of Europe drifted off upon the wind and came in contact with the immense accumulation of muddle, waste, particularism and pre- judice which had long lain piled up in the European garden, it became quite evident that a new series of events had opened.

The resuscitation of the Pan-European idea is largely identified with Count Coudenhove-Kalergi. The form of his theme may be crude, erroneous and impracticable but the impulse and the inspiration are true.

The movement towards European solidarity which has now begun will not stop until it has effected tremendous and possibly decisive changes in the whole life, thought and structure of Europe. It does not follow even that this progress will be gradual. It may leap forward in a huge bound on spontaneous conviction. It may even prove to be the surest means of lifting the mind of European nations out of the ruck of old feuds and ghastly revenges. It may afford a rallying ground where socialists and capitalists, where nationalists and pacifists, where idealists and business men may stand together. It may be the surest of all the guarantees against the renewal of great wars.