Home Books Live Not By Lies (1974) by Aleksandr I. Solzhenitsyn

Live Not By Lies (1974) by Aleksandr I. Solzhenitsyn 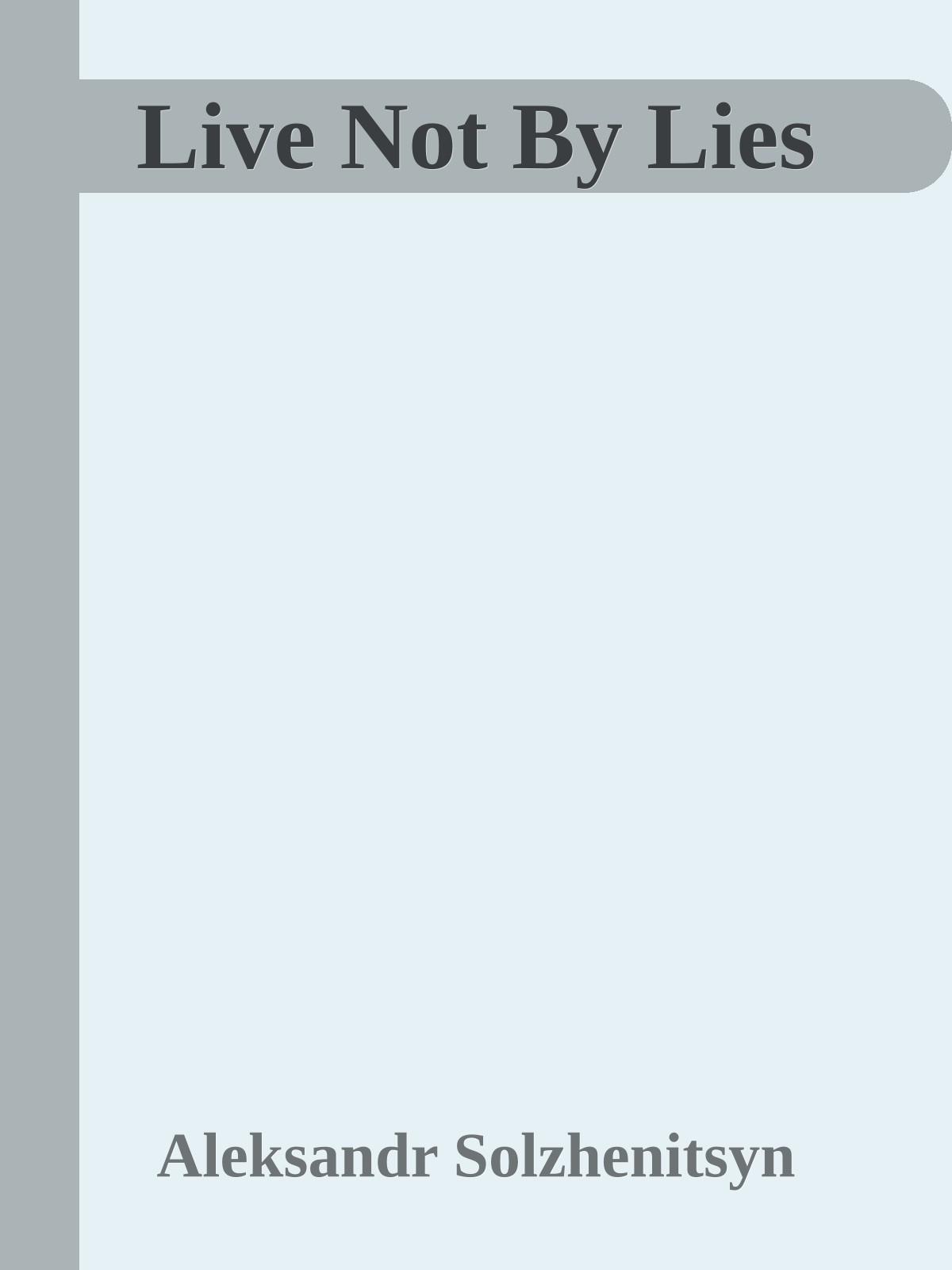 Solzhenitsyn penned this essay in 1974 and it circulated among Moscow's intellectuals at the time. It is dated Feb. 12, the same day that secret police broke into his apartment and arrested him. The next day he was exiled to West Germany. The essay is a call to moral courage and serves as light to all who value truth.