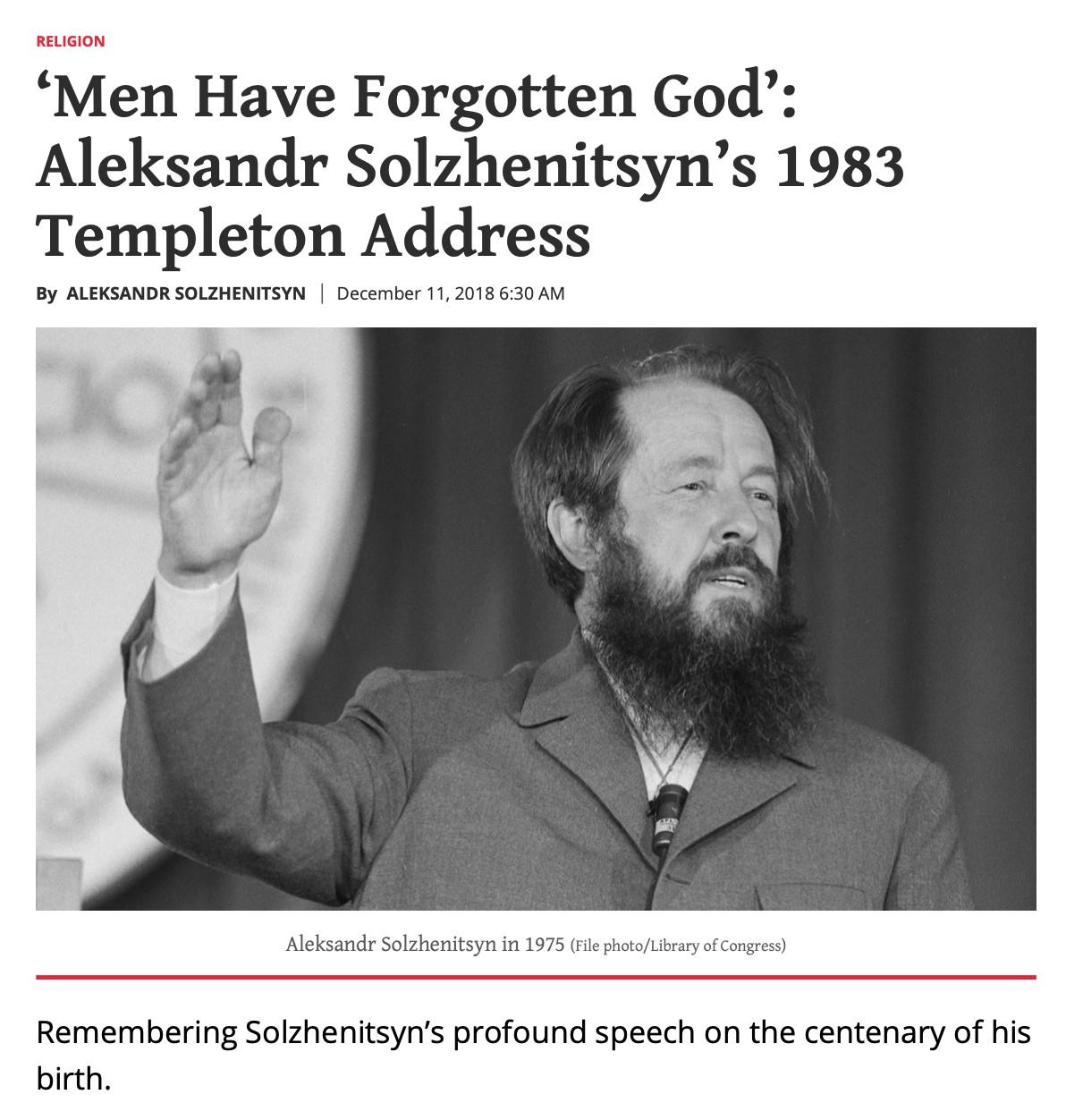 Editor’s Note: This article, which originally ran in the July 22, 1983, issue of NATIONAL REVIEW, is adapted from the address Aleksandr Solzhenitsyn gave on the occasion of his acceptance, in London on May 10, 1983, of the Templeton Prize for Progress in Religion. In announcing the 1983 award, the Templeton Foundation described Mr. Solzhenitsyn as “a pioneer in the renaissance of religion in atheist nations.” Mr. Solzhenitsyn ’s introductory remarks were made at the awards ceremony at Buckingham Palace, with Prince Philip presiding. The address proper was delivered later the same day at the London Guildhall. Today, December 11, 2018, is the 100th anniversary of Mr. Solzhenitsyn’s birth.