Home Books From Dictatorship to Democracy (2011) by Gene Sharp

From Dictatorship to Democracy (2011) by Gene Sharp

From Dictatorship to Democracy (2011)

The essential handbook used for the "Color Revolutions" around the world during the late 20th and early 21st centuries. 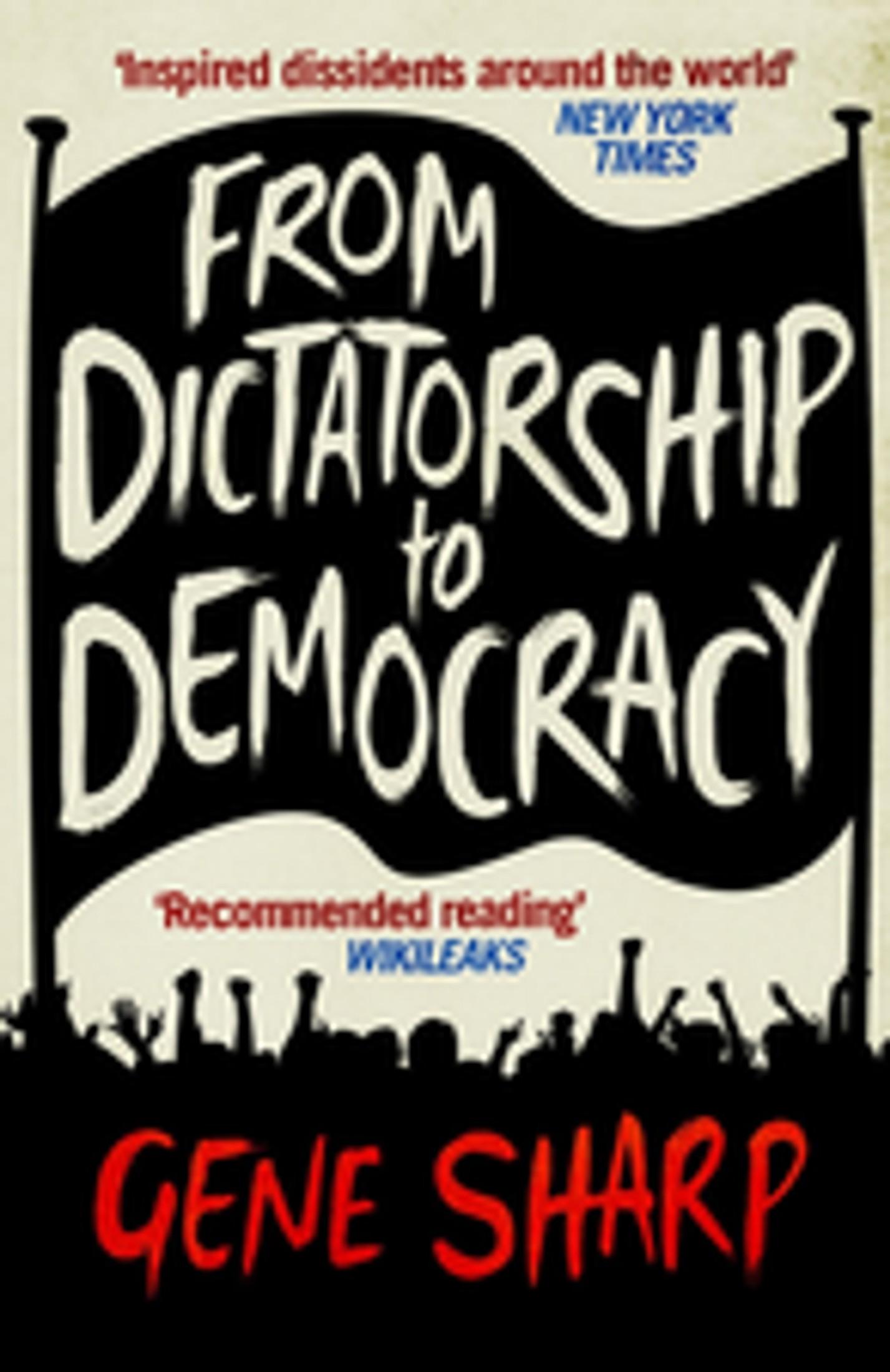 One of my major concerns for many years has been how people could prevent and destroy dictatorships. This has been nurtured in part because of a belief that human beings should not be dominated and destroyed by such regimes. That belief has been strengthened by readings on the importance of human freedom, on the nature of dictatorships (from Aristotle to analysts of totalitarianism), and his- tories of dictatorships (especially the Nazi and Stalinist systems).

Over the years I have had occasion to get to know people who lived and suffered under Nazi rule, including some who survived concentration camps. In Norway I met people who had resisted fascist rule and survived, and heard of those who perished. I talked with Jews who had escaped the Nazi clutches and with persons who had helped to save them.

Knowledge of the terror of Communist rule in various countries has been learned more from books than personal contacts. The terror of these systems appeared to me to be especially poignant for these dictatorships were imposed in the name of liberation from oppres- sion and exploitation.

In more recent decades through visits of persons from dicta- torially ruled countries, such as Panama, Poland, Chile, Tibet, and Burma, the realities of today’s dictatorships became more real. From Tibetans who had fought against Chinese Communist aggression, Russians who had defeated the August 1991 hard-line coup, and Thais who had nonviolently blocked a return to military rule, I have gained often troubling perspectives on the insidious nature of dictatorships.

The sense of pathos and outrage against the brutalities, along with admiration of the calm heroism of unbelievably brave men and women, were sometimes strengthened by visits to places where the dangers were still great, and yet defiance by brave people con- tinued. These included Panama under Noriega; Vilnius, Lithuania, under continued Soviet repression; Tiananmen Square, Beijing, during both the festive demonstration of freedom and while the first armored personnel carriers entered that fateful night; and the jungle headquarters of the democratic opposition at Manerplaw in “liberated Burma.”

Sometimes I visited the sites of the fallen, as the television tower and the cemetery in Vilnius, the public park in Riga where people had been gunned down, the center of Ferrara in northern Italy where the fascists lined up and shot resisters, and a simple cemetery in Manerplaw filled with bodies of men who had died much too young. It is a sad realization that every dictatorship leaves such death and destruction in its wake.

I have tried to think carefully about the most effective ways in which dictatorships could be successfully disintegrated with the least possible cost in suffering and lives. In this I have drawn on my studies over many years of dictatorships, resistance movements, revolutions, political thought, governmental systems, and especially realistic nonviolent struggle.

This publication is the result. I am certain it is far from perfect. But, perhaps, it offers some guidelines to assist thought and plan- ning to produce movements of liberation that are more powerful and effective than might otherwise be the case.

Of necessity, and of deliberate choice, the focus of this essay is on the generic problem of how to destroy a dictatorship and to pre- vent the rise of a new one. I am not competent to produce a detailed analysis and prescription for a particular country. However, it is my hope that this generic analysis may be useful to people in, unfortu- nately, too many countries who now face the realities of dictatorial rule. They will need to examine the validity of this analysis for their situations and the extent to which its major recommendations are, or can be made to be, applicable for their liberation struggles.

Nowhere in this analysis do I assume that defying dictators will be an easy or cost-free endeavor. All forms of struggle have complica-tions and costs. Fighting dictators will, of course, bring casualties. It is my hope, however, that this analysis will spur resistance leaders to consider strategies that may increase their effective power while reducing the relative level of casualties.

Nor should this analysis be interpreted to mean that when a specific dictatorship is ended, all other problems will also disappear. The fall of one regime does not bring in a utopia. Rather, it opens the way for hard work and long efforts to build more just social, eco- nomic, and political relationships and the eradication of other forms of injustices and oppression. It is my hope that this brief examina- tion of how a dictatorship can be disintegrated may be found useful wherever people live under domination and desire to be free.