Nonviolent Action in the Liberation of Latvia (1993) by Olgerts Eglitis

Nonviolent Action in the Liberation of Latvia (1993) 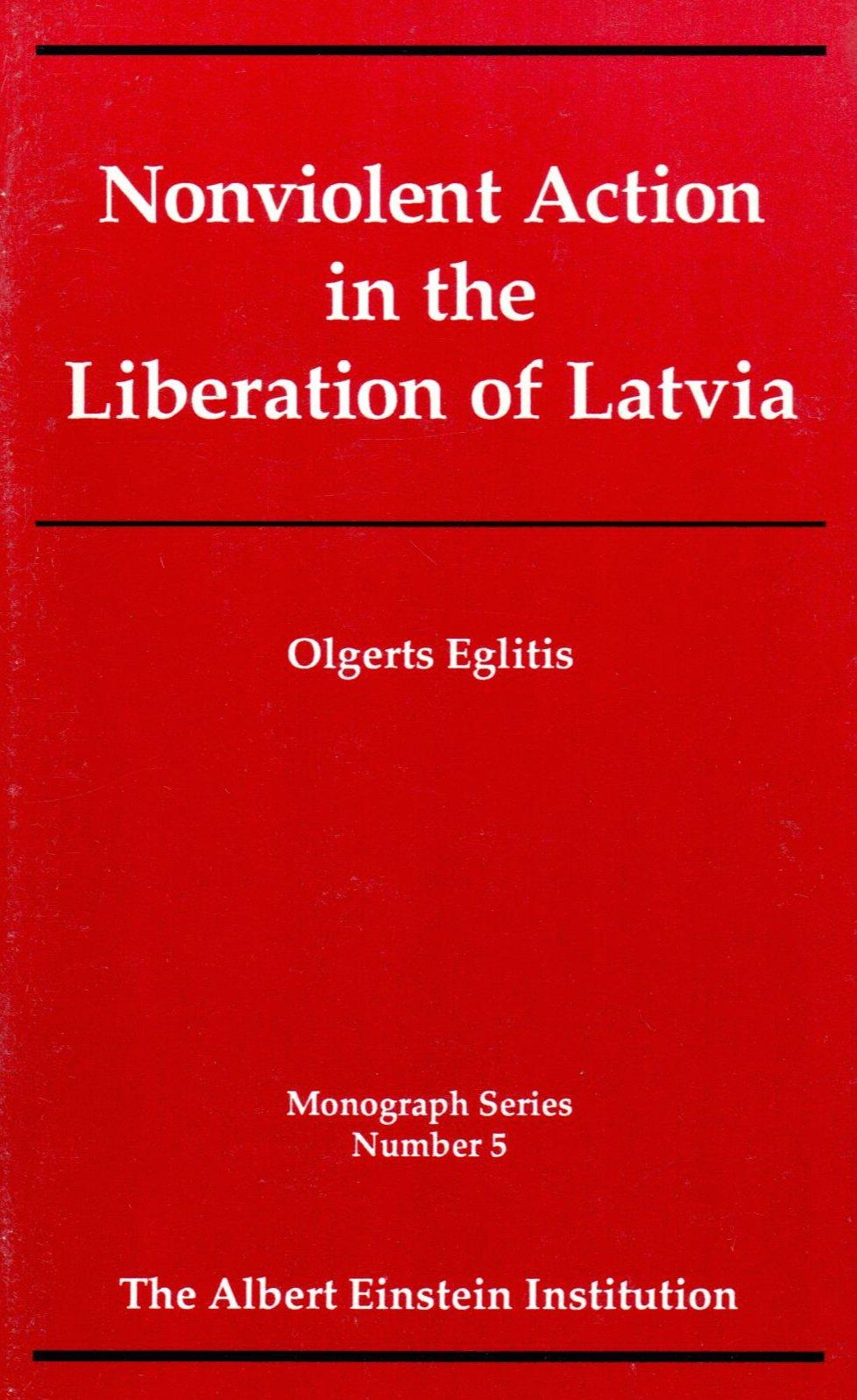 On June 14,1987, when all of East-Central Europe was still frozen by totalitarianism, news about an unsanctioned anti-Soviet demonstration in Latvia's capital, Riga, spread in the Western media. After that date the country never came to rest: the spell of fear and subjugation evaporated, and mass demonstrations, protest meetings, and acts of civil disobedience became part of daily life in Latvia, as well as in neighboring Estonia and Lithuania, strongly influencing other nations trying to free themselves from Soviet domination and Communist totalitarianism.

The Estonian, Latvian, and Lithuanian drive for independence became known as the "Baltic Way," the most specific traits of which were its nonviolent, peaceful nature; nonaggressive, soulful, and orderly mass demonstrations; and flowers and singing as signs of spiritual defiance, determination, and national cohesion. Consequently, it also became known as the "singing revolution" or "flower revolution."

This vast and spectacular drive for independence did not spring out of nowhere, although it was dubbed "A wakening" in the Latvian media. Opposition to Soviet rule in the Baltic states existed ever since their occupation and subsequent annexation by the USSR in 1940, after 20 years of independent existence.

The early resistance movement was not peaceful. It started in the wake of World War II (1944-52) with eight years of desperate, doomed guerilla warfare, which bled the country and caused continued Soviet repression against the civilian population. After the armed resistance was defeated, a sense of total national defeat and utter gloom ensued, aggravated by unremitting Russification policies and Soviet-steered mass settlement of Russians and other aliens in Latvia. Many Latvians lost hope of ever regaining their independence. Still, an underground resistance movement, now using only peaceful means, and nation- wide spiritual defiance continued during all the years of Soviet occu- pation until the relaxation of policies under Gorbachev gave another chance to challenge it openly.

Through the last years of Soviet rule the pro-independence activists in Latvia and in the other two Baltic states showed great determination in efforts to regain independence, but consistently abstained from using violent means, though there were victims from their own midst as a result of Soviet acts of terror. In a world of almost omnipresent reciprocal violence and danger of its erupting in more places all over the vast territories of the former Soviet Union and East-Central Europe, the Baltic experience of persistent nonviolent action may deserve to be studied carefully along with the classical examples of nonviolent struggle, such as those led by Mohandas Gandhi and Martin Luther King, Jr. Its closer evaluation would be of importance to the Latvians themselves, as they confront mounting economic and political hardships in their efforts to rebuild their newly recovered statehood.

This monograph focuses on the many forms of nonviolent action used by Latvian independence-seekers, mainly in the last years of Soviet domination. Only a brief account is given of the long period before these last turbulent years. The reader will find detailed reports of those earlier struggles in the many works written by Latvian and other Baltic exile scholars?

In view of the small format of this edition, only a short survey can be given. It does not fully expound on the various forms of nonviolent activities, nor does it explain all the complexities of the Latvian political theater. Also, for the sake of more closer study, this monograph limits its scope to developments in Latvia done, although analogous events occurred in Estonia and Lithuania.

In addition, this monograph includes documents of Latvian grassroots and State organizations that played a crucial role in organizing nonviolent civilian resistance to Soviet efforts to regain control of Latvia in 1991.