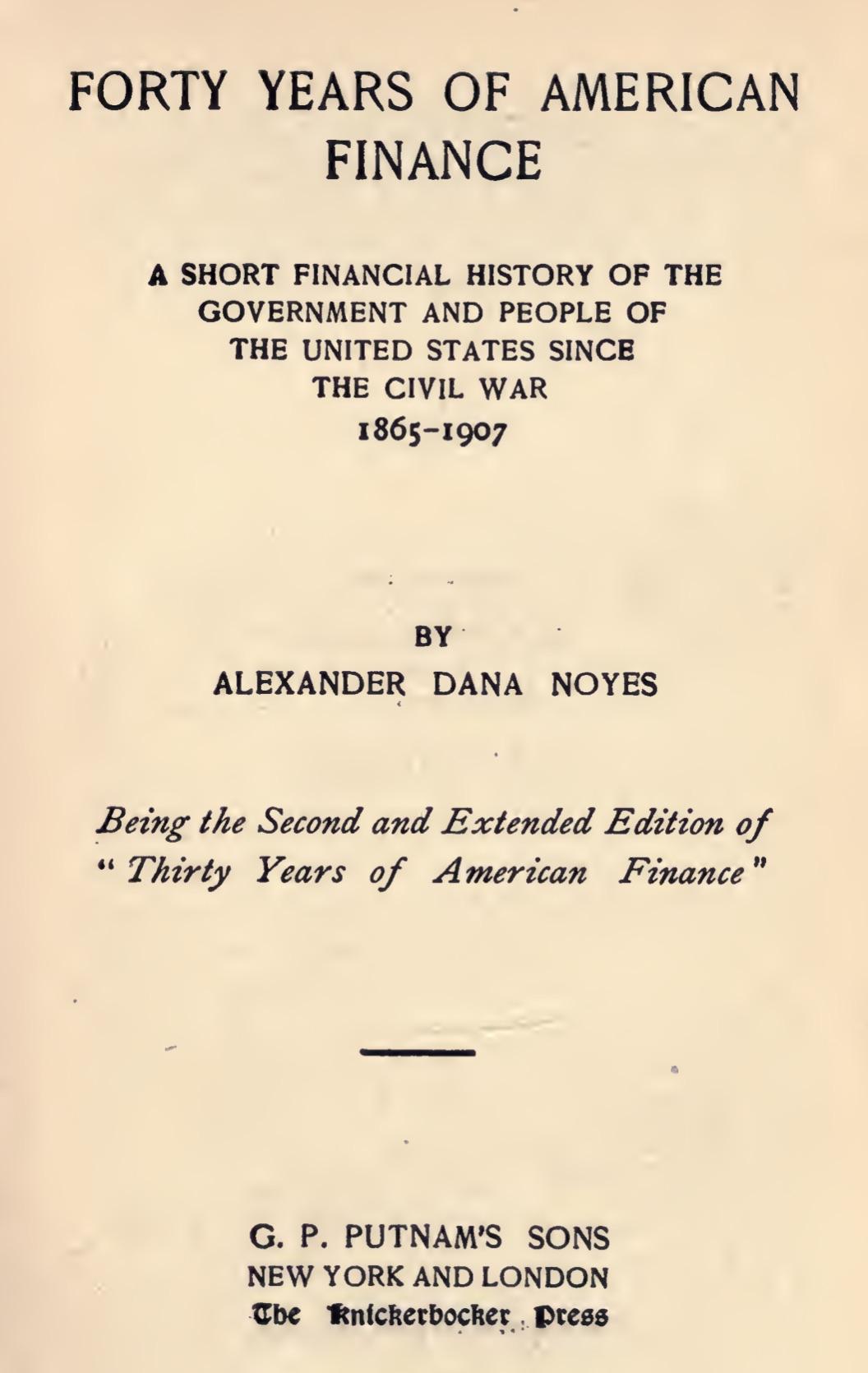 SINCE this book was first published in 1898, under the title Thirty Years of American Finance, I have been repeatedly urged to bring the history up to date, in order to cover the remarkable financial episodes of 1901 and afterward. The undertaking did not then seem feasible, because the movement of events in one'
direction was so swift that, so to speak, no stopping‐ place was obtainable for a broad and comprehensive survey of the period. Such a stopping-place seems to have been provided by the panic of 1907. I have therefore undertaken to treat the ten years in American finance, which followed 1897, as I had already treated the thirty years preceding.

I take this opportunity to thank the numerous educators, public men, and others who have written to me since the publication of the first edition, for their interest in, and appreciation of, what this book has endeavored to accomplish. Their cordial reception of a work which was not an economic treatise, but, as far as its author possessed the power of making it so, a fair and unbiassed history of our own times,
has greatly encouraged me in taking up a period so surrounded by economic controversy, political prejudice, and confusion of financial ideas, as the decade from 1897 to 1907.

It is gratifying to be able to say that the facts and conclusions regarding the thirty years prior to 1897, set forth eleven years ago in the first edition of this work; have stood the test of criticism. I am making, in this edition, no important revision or alteration of either.