Home Books Antisemitism; Its History and Causes (1903) by Bernard Lazare

Antisemitism; Its History and Causes (1903) by Bernard Lazare

Antisemitism; Its History and Causes (1903) 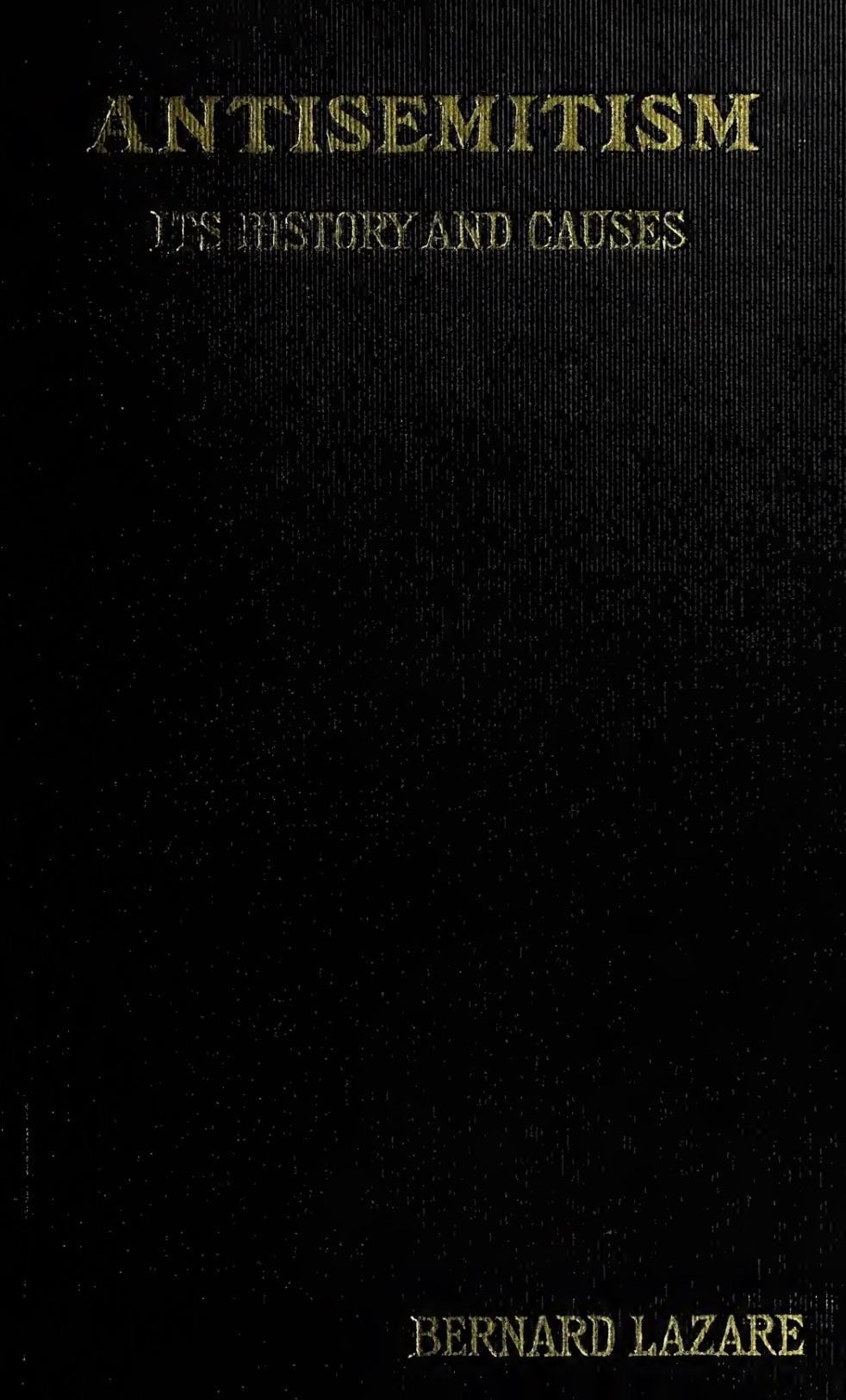 PORTIONS of this book, which at various times appeared in the newspapers and periodicals, received the honour of being noticed and discussed. This has induced me to write the few lines that follow.

It has been my intention to write neither an apology nor a diatribe, but an impartial study in history and sociology. I dislike antisemitism; it is a narrow, one-sided view, still I have sought to account for it. It was not born without cause, I have searched for its causes. Whether I have succeeded in discovering them, it is for the reader to decide.

An opinion as general as antisemitism, which has flourished in all countries and in all ages, before and after the Christian era, at Alexandria, Rome, and Antiochia, in Arabia, and in Persia, in mediaeval and in modern Europe, in a word, in all parts of the world wherever there are or have been Jews such an opinion, it has seemed to me, could not spring from a mere whim or fancy, but must be the effect of deep and serious causes.

It has, therefore, been my aim to draw a full-size picture of antisemitism, of its history and causes, to follow its successive changes and transformations. Such a study might easily fill volumes. I have, therefore, been obliged to limit its scope, confining myself to broad outlines and omitting details. I hope to take up, at no distant day, some of its aspects which could only be hinted at here, and I shall then endeavour to show what has been the intellectual, moral, economic and revolutionary role of the Jew in the world.