Home Books An Appeal to the Jews (1878) by Allen McBoden 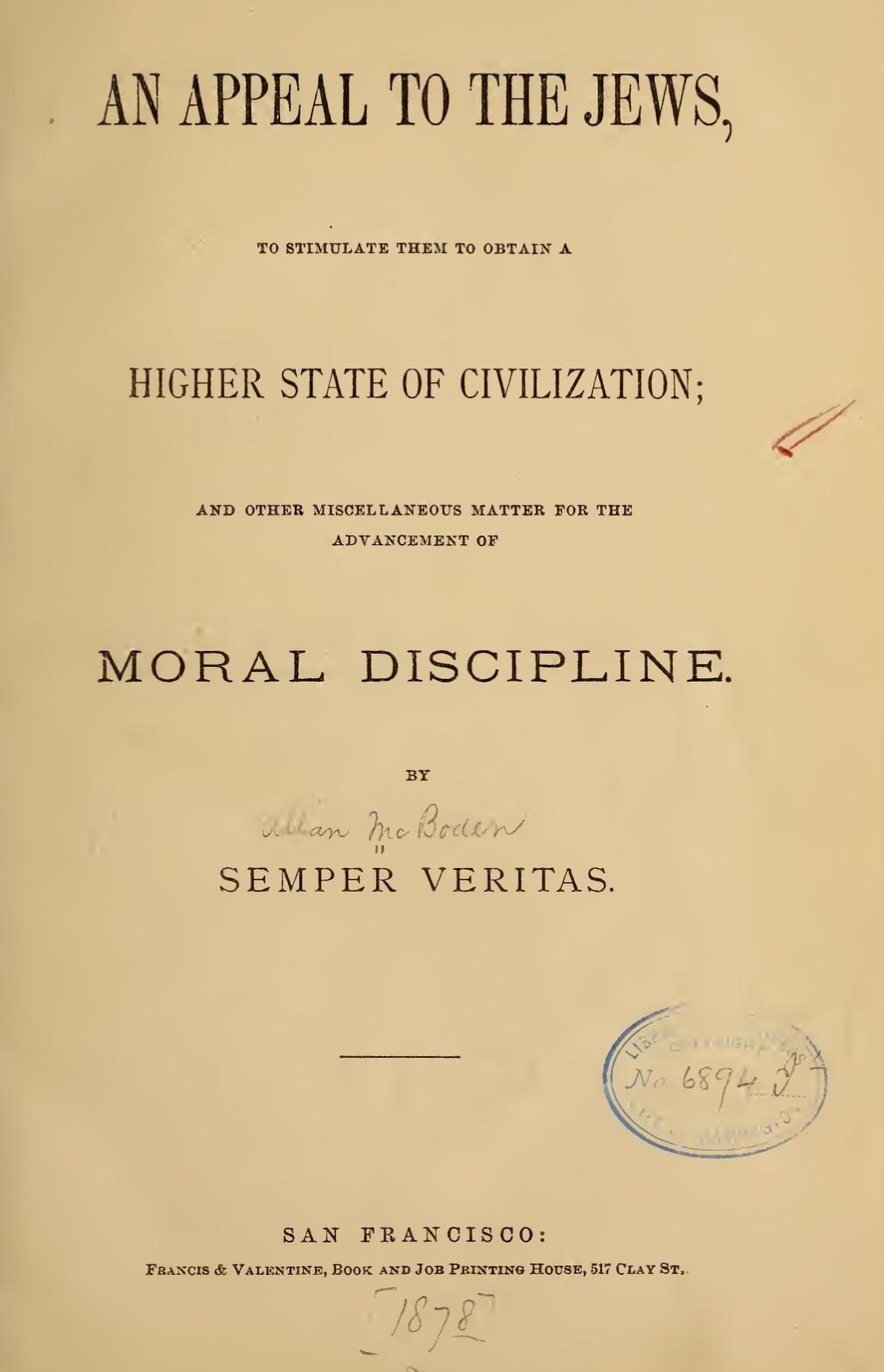 "When the number and variety of works already published, and the ability with which some are written, to abolish social evils, are considered, it may be judged presumptuous for one of no pretentions to possess the advantages of a classical education, to dictate means to dispel the errors of a tribe, who boast of a genealogy thousands of years prior to the nativity of the compiler of the Ten Commandments, The author of this treatise, as the reader will find, has adopted a method peculiarly his own, and gives publicity to facts, under the firm impression that shame will exterminate human errors, when all other measures hitherto attempted, have failed. The author feels a particular interest in promoting a practice of virtue ; and with this view , he trusts it will meet the approbation of every well-disposed person. If his course is faithfully regarded, it will doubtless contribute very materially to the true happiness of the rising generation of the Jewish persuasion. If the author has adopted a system, which, on the whole, is best suited to the nature of the subject, he may warrantably indulge a hope that the work will be justly approved and extensively circulated. If otherwise, he is fully prepared to reap the reproof he has meted out to others as his just reward. In conclusion he would remark, that parties who had perused his first reply, Oct. 3d, 1877 (herein copied), to a lecture on "The Jew," having requested him to further expatiate on the subject, which he, for his part, had concluded not to do, has solely prompted him to reaction. And that amusement may accompany instruction, matter analogous has been added to render the work more accept- able.