The World Significance of the Russian Revolution (1920)

A highly-controversial book at the time, it laid-bare the true horror of some of the earliest accounts in English of the initial period of the Bolshevik Revolution in Russia. Jewish Oscar Levy, was expelled from Britain, his 2nd home, as an "undesirable alien" under the short-lived Enemy Aliens Restriction Act (1919). The pretext was the preface he had written for George Pitt-Rivers's The World Significance of the Russian Revolution" 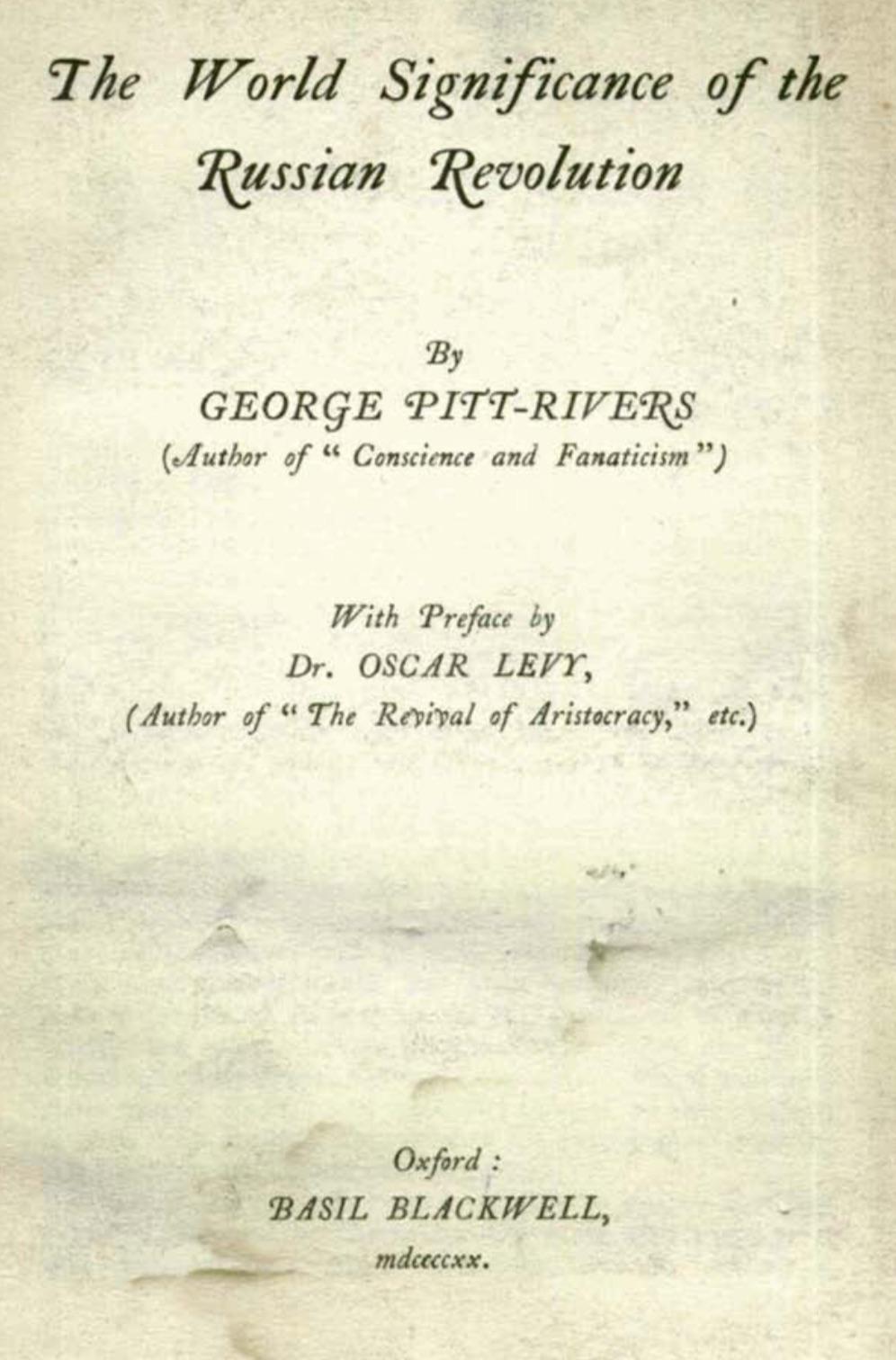 An obituary of the author