The History of Jewish Human Sacrifice (2014) by Willie Martin

The History of Jewish Human Sacrifice (2014) 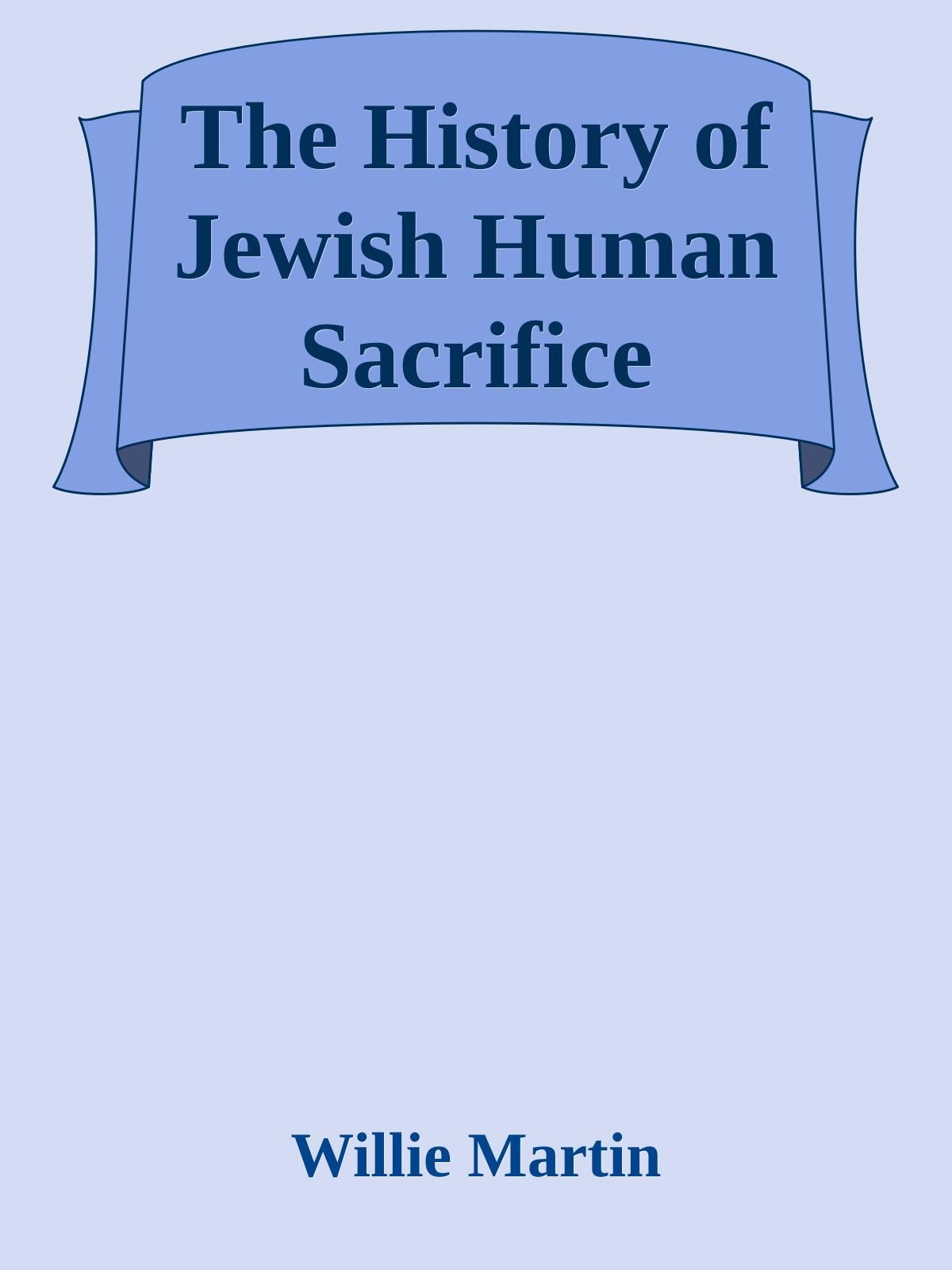 At the dawn of civilization, the blood rite, in which human blood is drunk from the body of a still-living victim, was known to many tribes. However, only one people, that has never progressed beyond the Stone Age, has continued to practice the blood rite and ritual murder. This people are know to the world as Jews. Arnold Toynbee, a noted scholar, has called the Jews "a fossil people."

In so doing, he must have been aware of the fact that they still practice ritual murder and the drinking of human blood (especially Christian blood). As a scholar, he could not have failed to note the many attested incidents of this practice of the Jews, for hundreds of example of ritual murder by the Jews are cited in official Catholic books, in every European literature, and in the court records of all the European nations.

It is the official historian of the Jews, (Josef Kastein, in his History of the Jews, who gives the underlying reason for this barbaric custom. On page 173, he says, "According to the primeval Jewish view, the blood was the seat of the soul."

Thus it was not the heart which was the seat of the soul, according to the stone-age Jews, but the blood itself. They believed that by drinking the blood of a Christian victim who was perfect in every way, they could overcome their physical short comings and become as powerful as the intelligent civilized beings among whom they had formed their parasitic communities. Because of this belief, the Jews are known to have practiced drinking blood since they made their first appearance in history.