Home Books The Americanization of the World; Or, the Trend of the Twentieth Century (1902) by W T Stead

The Americanization of the World; Or, the Trend of the Twentieth Century (1902) by W T Stead

The Americanization of the World; Or, the Trend of the Twentieth Century (1902) 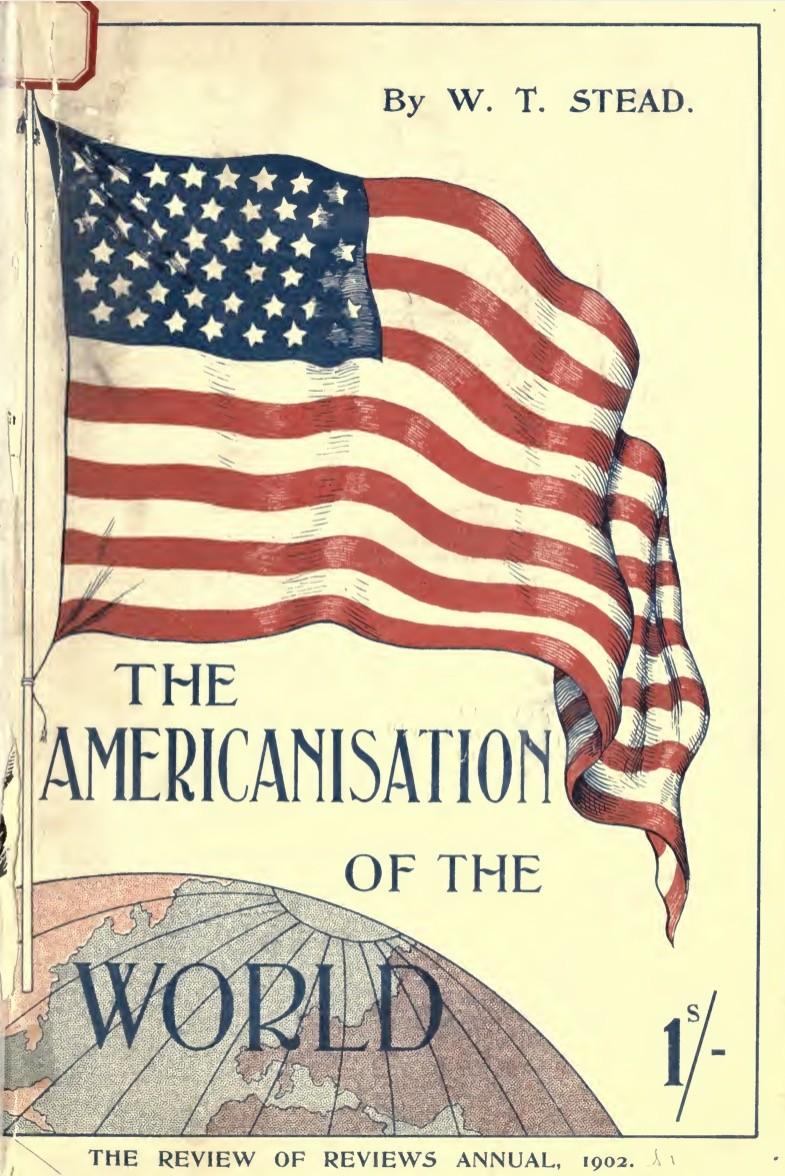 W.T. Stead was part of The Round Table for creating a new Anglo-American Empire for the 20th century. This, written in 1902 is a bold and prophetic piece of work.

William Thomas Stead (5 July 1849 – 15 April 1912) was an English newspaper editor who, as a pioneer of investigative journalism, became a controversial figure of the Victorian era. Stead published a series of hugely influential campaigns whilst editor of The Pall Mall Gazette, and he is best known for his 1885 series of articles, The Maiden Tribute of Modern Babylon. These were written in support of a bill, later dubbed the "Stead Act", that raised the age of consent from 13 to 16.

Stead's "new journalism" paved the way for the modern tabloid in Great Britain. He is considered to have influenced how the press could be used to influence public opinion and government policy, and advocated "Government by Journalism". He was known for his reportage on child welfare, social legislation and reformation of England's criminal codes.

Stead died in the sinking of the RMS Titanic.