Home Books Why did Jacob H. Schiff decide to financially sponsor the Russian Revolutions of 1917? (2010) by Delphine Slotten

Why did Jacob H. Schiff decide to financially sponsor the Russian Revolutions of 1917? (2010) by Delphine Slotten

Why did Jacob H. Schiff decide to financially sponsor the Russian Revolutions of 1917? (2010) 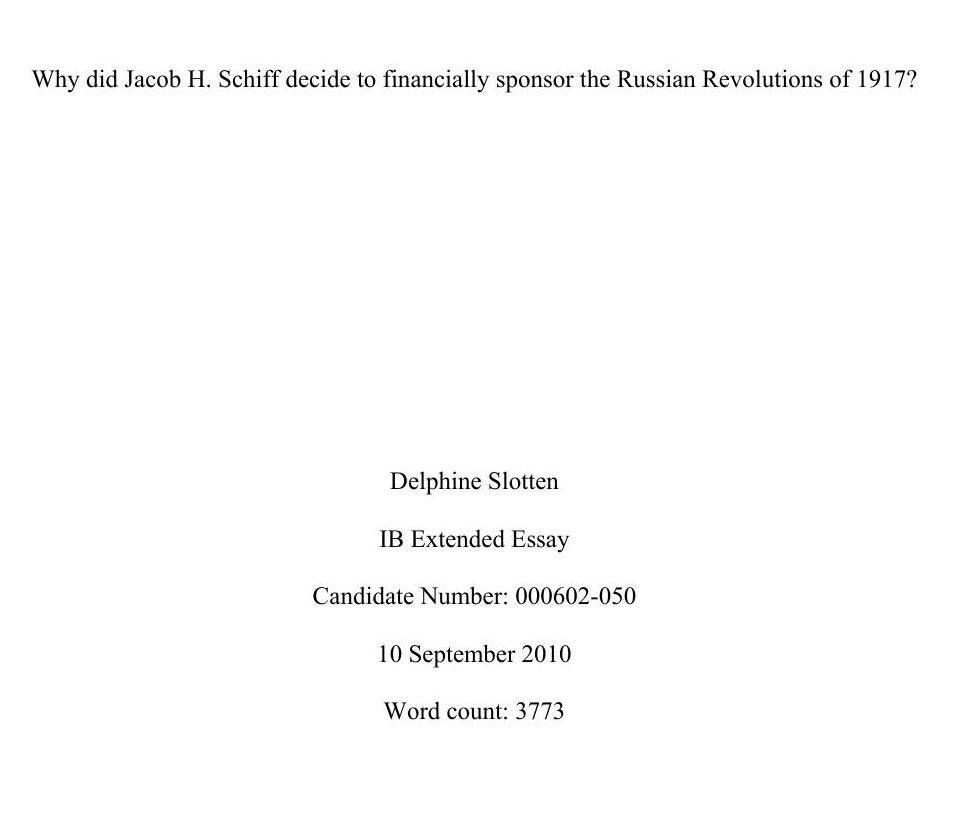 In March 1917, it became “known” in the United States that the Jewish-American banker Jacob Henry Schiff had substantially funded Russia’s revolution and the overthrow of its tsarist régime. Schiff had allegedly done so through his Wall Street firm Kuhn, Loeb and Company. Following the November 1917 revolution, similar reports emerged. In the following weeks and years, conspiracies developed accusing Schiff of having been part of a greater Jewish cabal of bankers intent on gaining control of the world economy. Sympathetic biographers strove to maintain Schiff’s innocence citing instead his philanthropic nature and his desire to aid Russian Jews as a reason for his sponsorship. Given the conflicting speculations regarding Schiff’s motivations, I set out to research the real reason as to why Schiff had sponsored the March 1917 revolution and more importantly why he had extended his sponsorship to the orchestrators of the November 1917 Bolshevik Revolution.
To answer this question, I researched the various motivations and deterrents that Schiff could have had in providing financial sponsorship to the orchestrators of both revolutions: the desire to aid oppressed Russian Jews; the desire to advance the financial goals of his banking firm; the desire to support Jewish bankers in orchestrating the takeover of the world economy; and the probable betrayal of his alliances within the American government.
In the context of primary sources from the era and subsequent historiographical analyses, I determined that Jacob H. Schiff’s sponsorship of the March 1917 revolution was primarily motivated by his dedication to the cause of the Jewish people. As for the November 1917 Bolshevik Revolution, no substantial and credible sources exist to determine motivations for Schiff’s sponsorship and to even support the claim that sponsorship occurred.