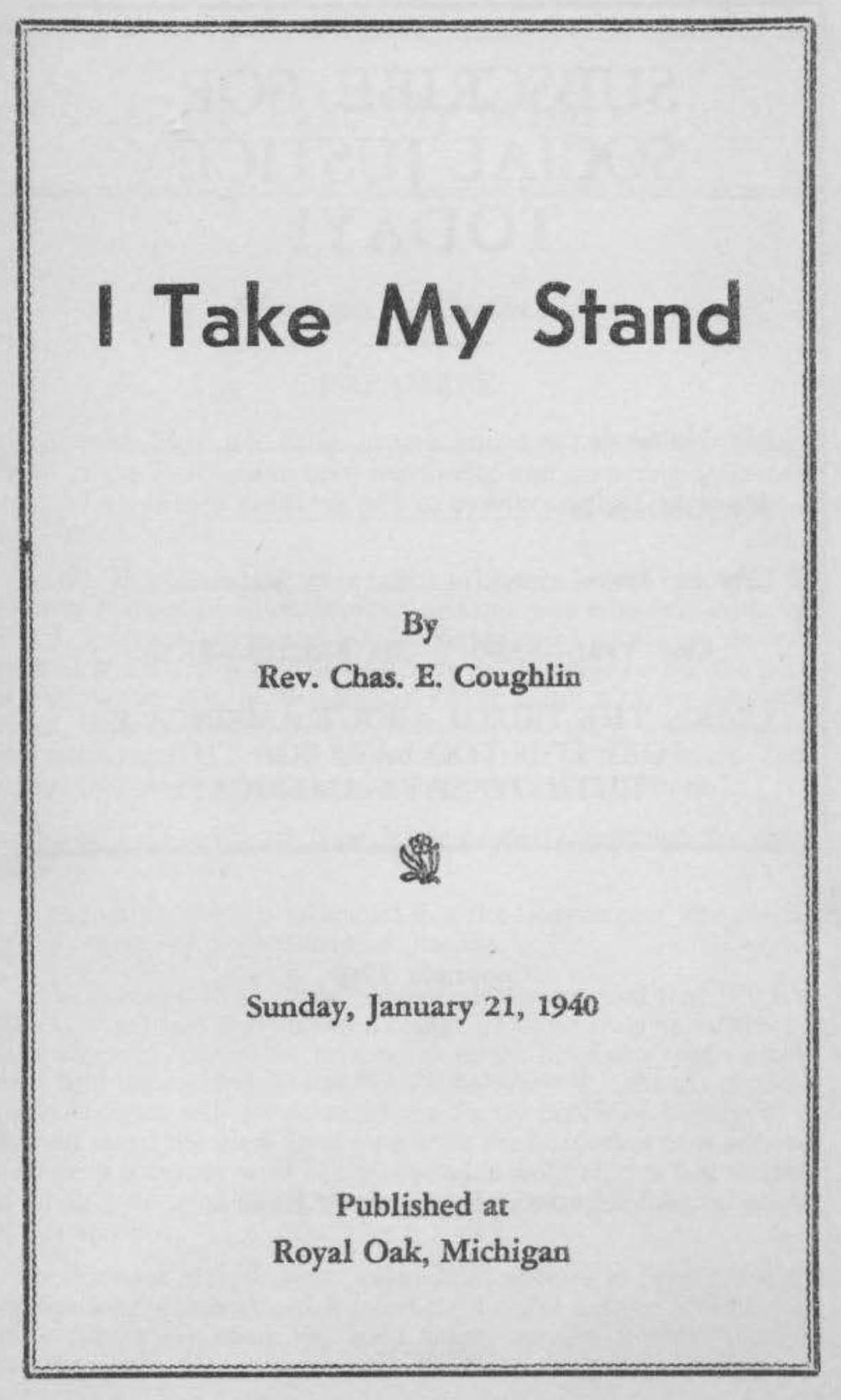 Father Charles Edward Coughlin was one of the most influential American figures of the 1930s. He published Social Justice magazine with a circulation of 900,000, and 220 employees. It was larger than most daily newspapers today. He had the most popular weekly radio program of all time, with some 40 million listeners, (30% of the entire U.S. population). He lashed out against communism. financial swindles, cultural rot and
the betrayal of the Roosevelt Administration. Fr. Coughlin's opposition to U.S. entry into World War It brought down Roosevelt's wrath and his paper was suppressed in April, 1942.

Coughlin was born in Canada of Irish parents on Oct. 25, 1891. At the University of Toronto he excelled in math. tutoring others. He starred in football, swimming, handball and rugby. Ordained a Catholic priest at St. Basil's Seminary he was appointed pastor of the "Shrine of the Little Flower 9 9 church in the city of Royal Oak, Michigan. With only 28 families the church could not make its mortgage payments of $400 per month. Fr. Coughlin was an enthusiastic fan of the Detroit Tiger's baseball team. He became a friend of the immortal Babe Ruth and Tigers president Dick Richards, who also owned Detroit radio station WJR.

Richards hired Fr. Coughlin for $58 a week to give a half-hour religious program. They quickly discovered that Coughlin had, "the perfect radio voice. " An instant hit, his program was picked up by CBS and broadcast nation- wide. Thus, he was able to raise the funds to build the first octagon church in America with the altar in the center. Outside stands a 180 foot tower with two huge images of Christ. He built a broadcasting studio on the top floor of the tower where it stands today. He soon reached millions of listeners.