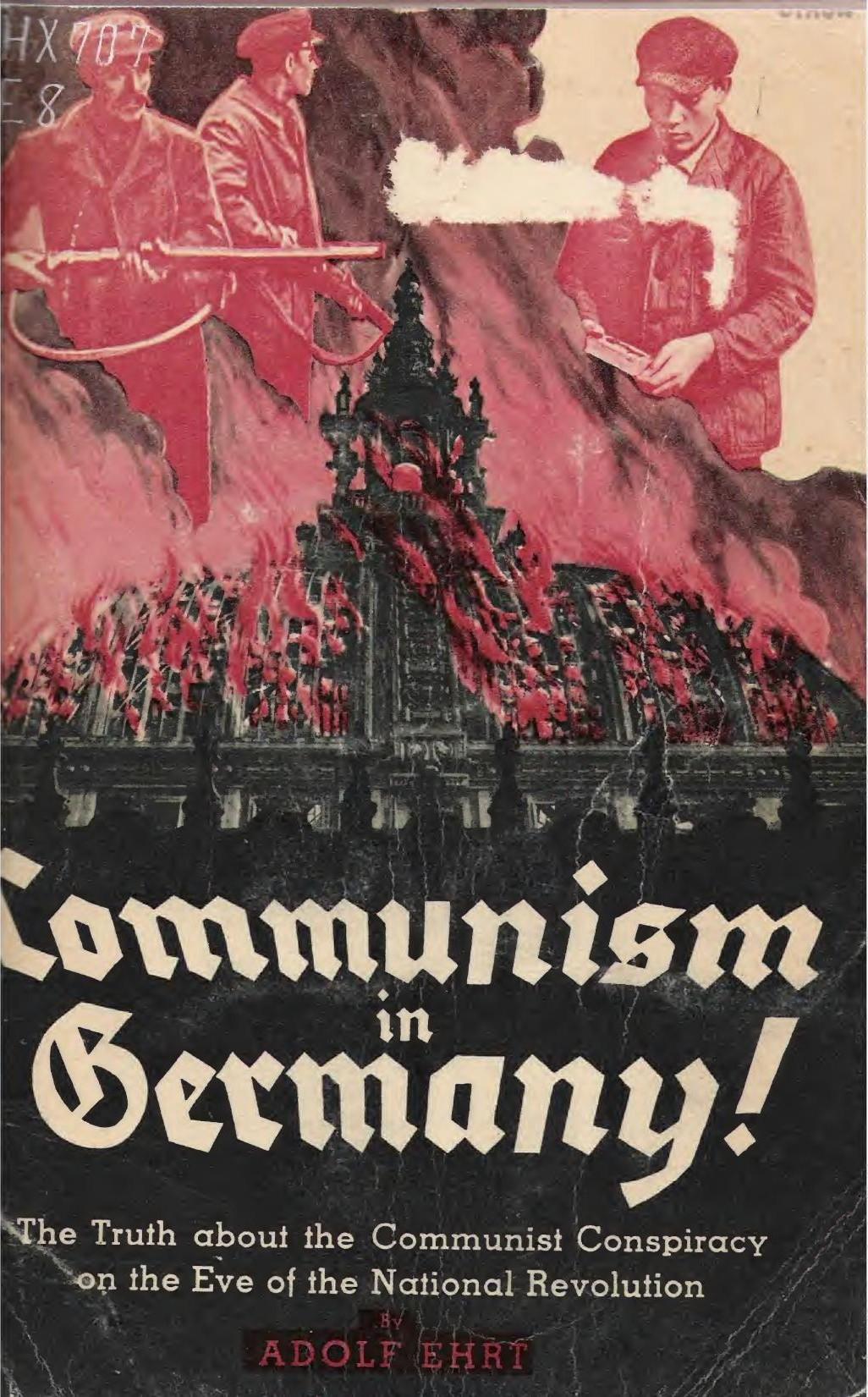 Contrary to post-war propaganda, it was not the Nazis who terrorized Germany prior to 1933, but the far Left. This book, based on original police case files from the time, shows how the far Left and their socialist party allies waged a campaign of violence, terrorism, armed uprising, forgery, subversion, and espionage from 1918 to 1933. It was the Left's violent attacks on ordinary Germans which forced the Nazis to develop their self-defense units, the Brownshirts (S.A) - who are nowadays quite falsely portrayed as the aggressors.

This illustrated work shows that the Communist conspiracy to create a 1918-style Bolshevik Revolution in Germany was very far advanced. Arms had been stockpiled in secret underground armories in the Communist Party headquarters. Bombings, assassinations, and a planned list of murders and street violence were already underway when the Reichstag arson-also now commonly falsely attributed to the Nazis-took place as part of their plan to create a Soviet Germany.

A fully documented and fascinating study of an important period in history which definitively exposes the lies of postwar propagandists. From the book: "No fewer than 200 S.A. men fell whilst defending Germany against the Communist Internationale; 20,319 S.A and SS men were beaten and injured for life by the Communist terrorist troops, or otherwise wounded or seriously wounded. The fight in which they fell was no less honorable and vital that the German defensive war of 1914-1918, with the difference that the other sides of the barricades were not manned by honorable soldiers of a foreign nation, but by criminal gangs of the lower orders and misled members of our own people in the service of a rootless, international group of Jewish and Marxist intellectuals." An exact reproduction of the 1933 edition issued by the American section of the International Committee to Combat the World Menace of Communism, complete with all original illustrations.