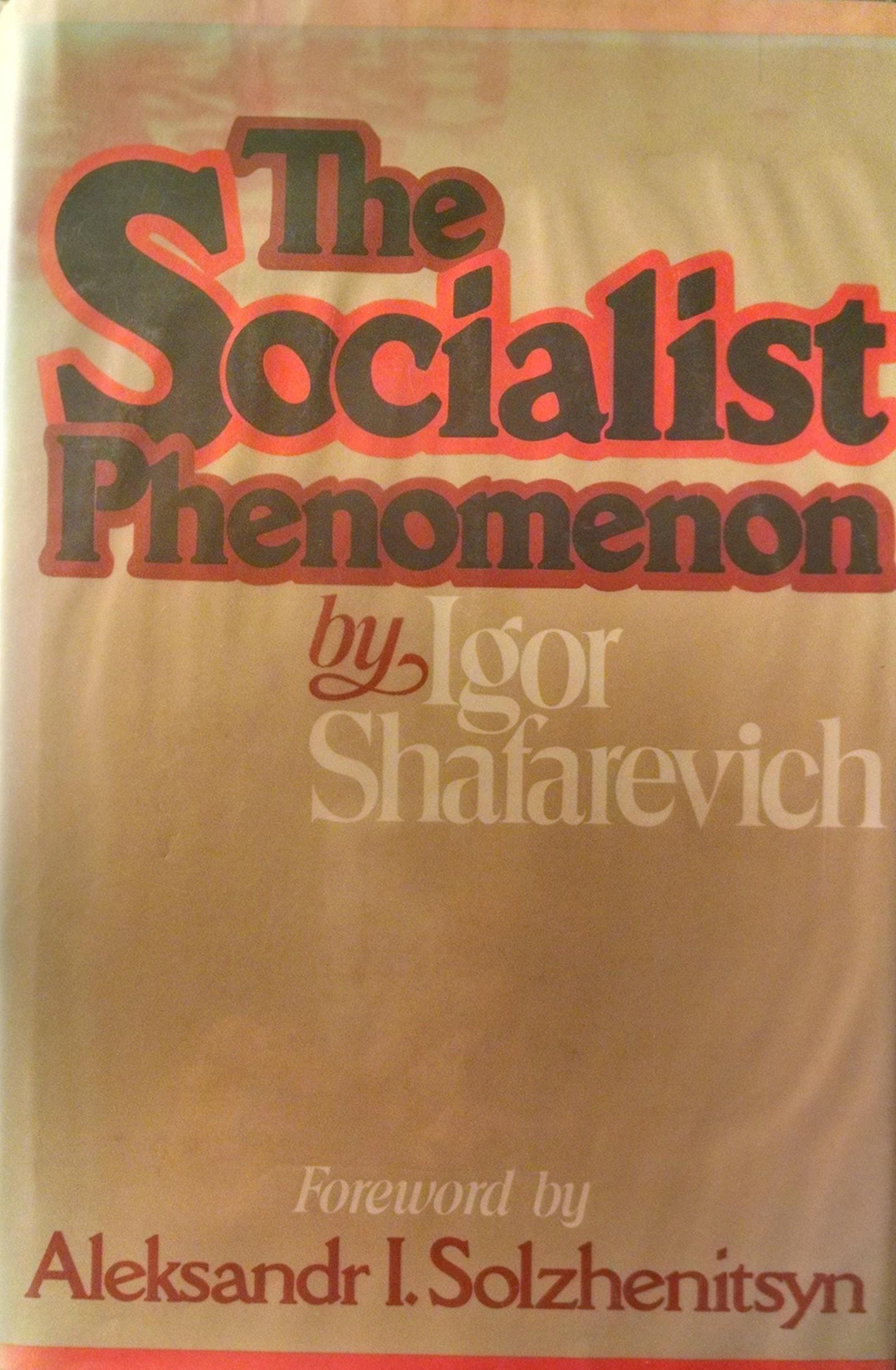 Foreword by A. I. Solzhenitsyn

It seems that certain things in this world simply cannot be discovered without extensive experience, be it personal or collective. This applies to the present book with its fresh and revealing perspective on the millennia-old trends of socialism. While it makes use of a voluminous literature familiar to specialists throughout the world, there is an undeniable logic in the fact that it emerged from the country that has undergone (and is undergoing) the harshest and most prolonged socialist experience in modem history. Nor is it at all incongruous that within that country this book should not have been produced by a humanist, for scholars in the humanities have been the most methodically crushed of all social strata in the Soviet Union ever since the October Revolution. It was written by a mathematician of world renown: in the Communist world, practitioners of the exact sciences must stand in for their annihilated brethren.

But this circumstance has its compensations. It provides us with a rare opportunity of receiving a systematic analysis of the theory and practice of socialism from the pen of an outstanding mathematical thinker versed in the rigorous methodology of his science. (One can attach particular weight, for instance, to his judgment that Marxism lacks even the climate of scientific inquiry.)

World socialism as a whole, and all the figures associated with it, are shrouded in legend; its contradictions are forgotten or concealed; it does not respond to arguments but continually ignores them—all this stems from the mist of irrationality that surrounds socialism and from its instinctive aversion to scientific analysis, features which the author of this volume points out repeatedly and in many contexts. The doctrines of socialism see tire with contradictions, its theories are at constant odds with its practice, yet due to a powerful instinct- also laid bare by Shafarevich—these contradictions do not in the least hinder the unending propaganda of socialism. Indeed, no precise, distinct socialism even exists; instead there is only a vague, rosy notion of something noble and good, of equality, communal ownership, and justice: the advent of these things will bring instant euphoria and a social order beyond reproach.

The twentieth century marks one of the greatest upsurges in the success of socialism, and concomitantly of its repulsive practical manifestations. Yet due to the same passionate irrationality, attempts to examine these results are repelled: they are either ignored completely, or implausibly explained away in terms of certain “Asiatic” or ‘ Russian aberrations or the personality of a particular dictator, or else they are ascribed to “state capitalism.” The present book encompasses vast stretches of time and space. By carefully describing and analyzing dozens of socialist doctrines and numerous states built on socialist principles, the author leaves no room for evasive arguments based on so- called “insignificant exceptions” (allegedly bearing no resemblance to the glorious future). Whether it is the centralization of China m the first millennium B.C., the bloody European experiments of the time of the Reformation, the chilling (though universally esteemed) utopias of European thinkers, the intrigues of Marx and Engels, or the radical Communist measures of the Lenin period (no wit more humane than Stalin’s heavy-handed methods)-the author in all his dozens of examples demonstrates the undeviating consistency of the phenomenon under consideration.

Shafarevich has singled out the invariants of socialism, its fundamental and unchanging elements, which depend neither on time nor place, and which, alas, are looming ominously over today s tottering world. If one considers human history in its entirety, socialism can boast o a greater longevity and durability, of wider diffusion and of control over larger masses of people, than can contemporary Western civilization. It is therefore difficult to shake off gloomy presentiments when contemplating that maw into which-before the century is out-we may all plunge: that “Asiatic formation” which Marx hastened to Circumvent in his classification, and before which contemporary Marxist thought stands baffled, having discerned its own hideous countenance in the mirror of the millennia. It could probably be said that the majority of states in the history of mankind have been “socialist.” But it is also true that these were in no sense periods or places of human happiness or creativity.

Shafarevich points out with great precision both the cause and the genesis of the first socialist doctrines, which he characterizes as reactions: Plato as a reaction to Greek culture, and the Gnostics as a reaction to Christianity. They sought to counteract the endeavor of the human spirit to stand erect, and strove to return to the earthbound existence of the primitive states of antiquity. The author also convincingly demonstrates the diametrical opposition between the concepts of man held by religion and by socialism. Socialism seeks to reduce human personality to its most primitive levels and to extinguish the highest, most complex, and “God-like” aspects of human individuality. And even equality itself, that powerful appeal and great promise of socialists throughout the ages, turns out to signify not equality of rights, of opportunities, and of external conditions, but equality qua identity, equality seen as the movement of variety toward uniformity.

Even though, as this book shows, socialism has always successfully avoided truly scientific analyses of its essence, Shafarevich’s study challenges present-day theoreticians of socialism to demonstrate their arguments in a businesslike public discussion.