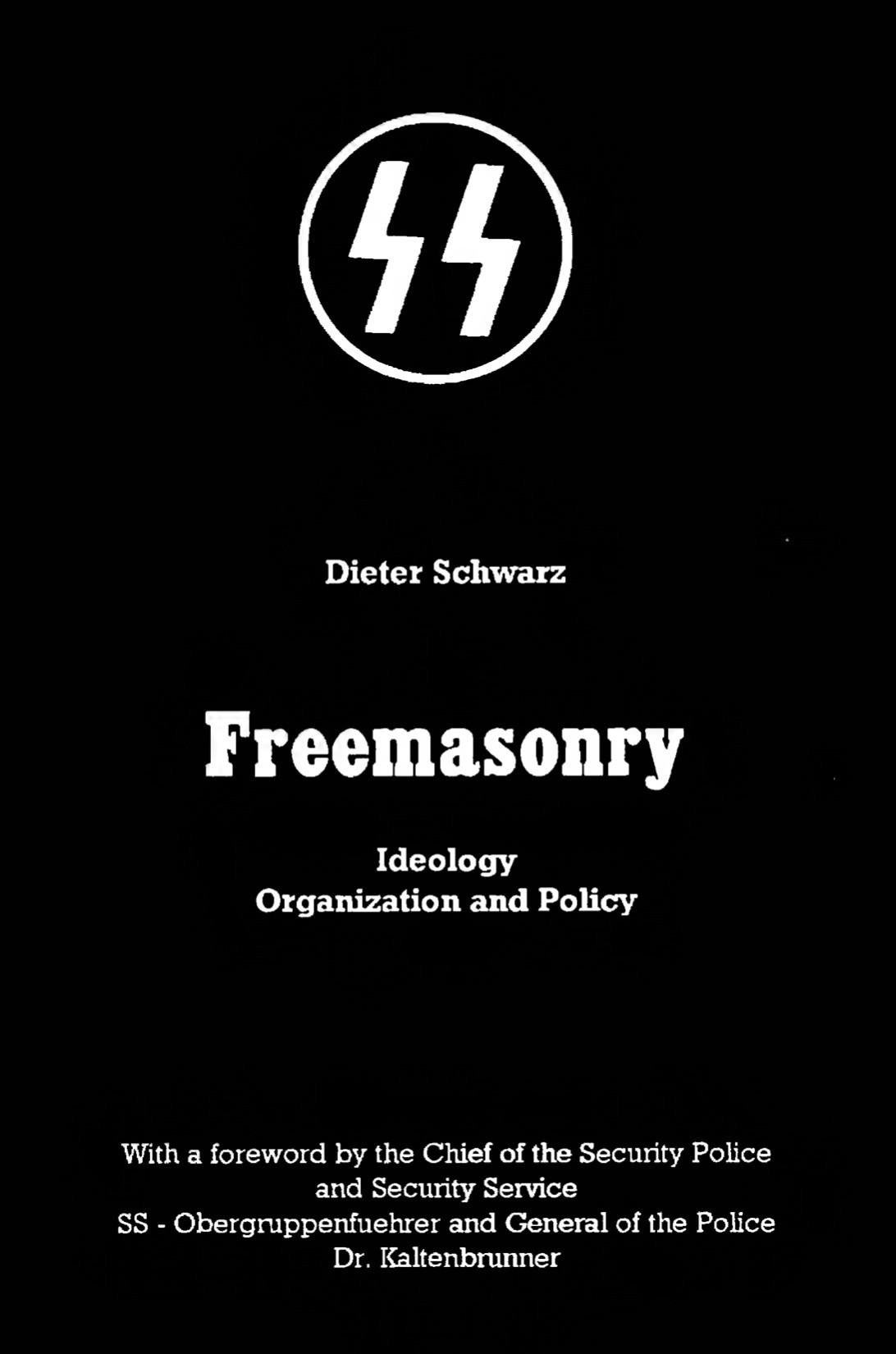 Foreword to the 6th printing

Among the spiritual forces secretly working in the camp of Germany’s enemies and their allies in this war, as in the last, stands Freemasonry, the danger of whose activities has been repeatedly stressed by the Fuehrer in his speeches.

The present brochure, now made available to the German and European peoples in a 3rd edition, is intended to shed light on this enemy working in the shadows. Though an end has been put to the activities of Masonic organizations in most European countries, particular attention must still be paid to Freemasonry, and most particularly to its membership, as the implements of the political will of a supra-governmental power. The events of the summer of 1943 in Italy demonstrate once again the latent danger always represented by individual Freemasons, even after the destruction of their Masonic organizations. Although Freemasonry was prohibited in Italy as early as 1925, it has retained significant political influence in Italy through its membership, and has continued to exert that influence in secrecy. Freemasons thus stood in the first ranks of the Italian traitors who believed themselves capable of dealing Fascism a death blow at a critical juncture, shamelessly betraying the Italian nation. The intended object of the 3rd printing of this brochure is to provide a clearer knowledge of the danger of Masonic corruption, and to keep the will to self-defence alive.

The intent of the present work is to deal with the principal problems of Freemasonry in a concise manner. It makes no claim to completeness; rather, it intends to provide documentation based on authentic materials from the archives of the Security Service of the RF, SS, and Secret State Police, thereby educating the public to the danger posed by Freemasonry over he past several centuries. A detailed description of the irreconcilable conflict between the ideology of Freemasonry and that of national Socialism, based on the fullness of the available archive material, must be left to later works.

Foreword to the 5th Revised Edition

In 1942, World Freemasonry celebrated the 225 the anniversary of its founding. Like the 200th anniversary, the 225th anniversary was celebrated during wartime - during a war for vhich World Freemasonry was once again partly responsible. But how different is the situation ofFreemasonry compared to 1917! Then, it stood at the height of its influence and enjoyed measurable political power. Today, by contrast, it is being called upon to render an account: the healthy peoples of Europe have overcome the corrupting poison of the Masonic ideology; the powerful forces of Freemasonry have suffered serious reverses, and must furthermore expect that their days are numbered in Europe.

Political developments since the publication of this text have confirmed the correctness of the statements made in it. Once again, World Freemasonry has given rise to forces directed against all racially healthy movements, simultaneously creating the impetus for a total extinction of those movements.

An awareness that the rejuvenated peoples of Europe must remain alert to the disintegrating corruption of h a revised and supplemented edition for the German and European peoples, in order to make a small contribution to the total spiritual healing of the European community of peoples.

This was a French National Socialist Anti-Freemasonry Film IMDB - Occult Forces. The maker was executed after the war.