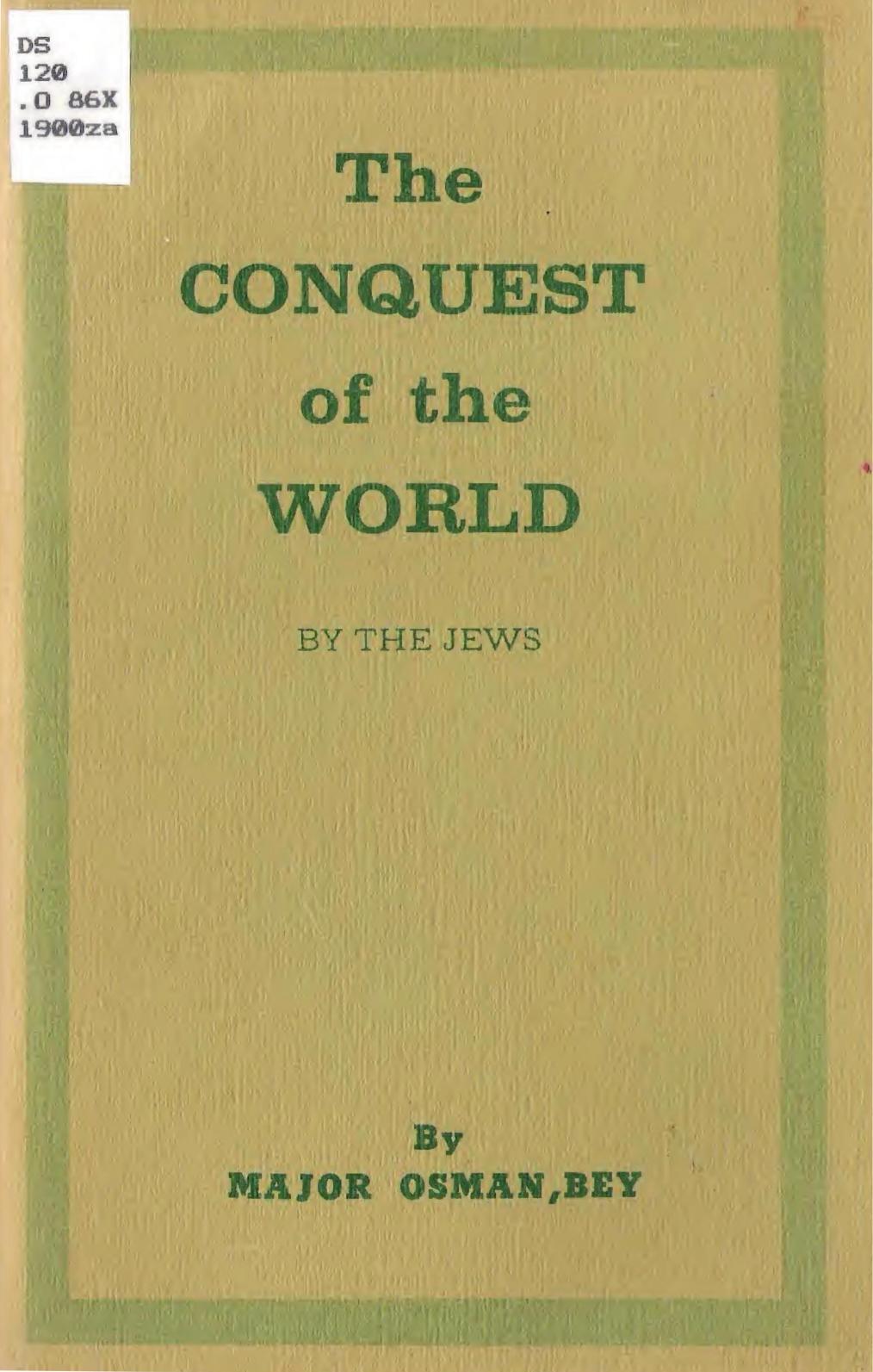 The Conquest of the World by the Jews (1873), by Major Osman Bey (also known as Frederick Millingen) reveals that Masonic Jews controlled Western media more than 150 years ago.

Major Frederick Millingen (born 1839) also known as Osman Seifi Bey a was an officer in the Turkish army and author of several books including, The Conquest of the World by the Jews.

Frederick Millingen was the son of British surgeon Julius Michael Millingen (1800-1878), who was attached to the Greek army and apparently of Dutch descent. Upon his surrender to the Turks in 1823 he became court physician to five successive sultans. Frederick Millingen's mother Melek Hanim was of Greek, Armenian, and French heritage and wrote the book Thirty Years in a Harem (1872)[1]