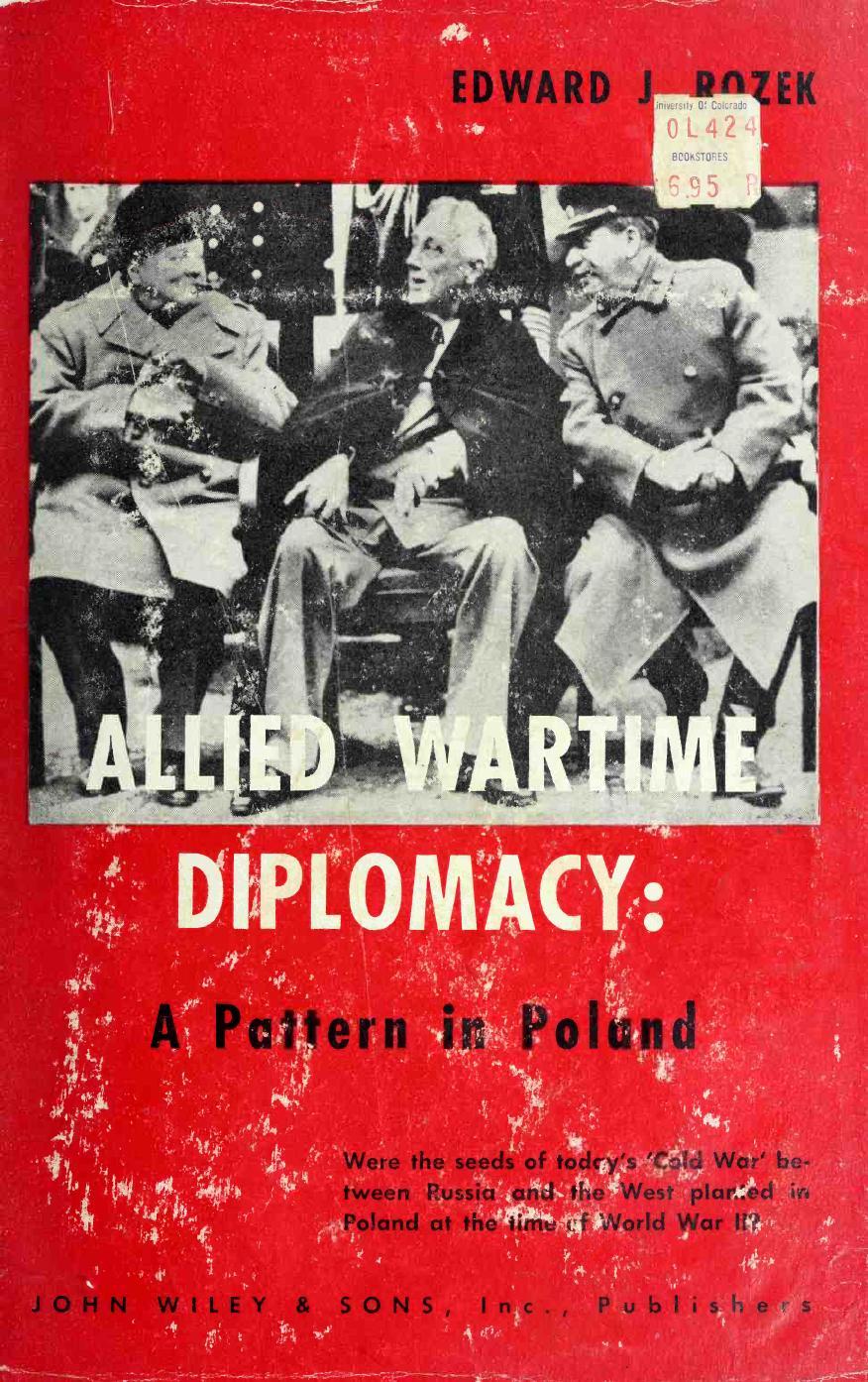 This book is concerned with the diplomacy relating to Poland, its frontiers, and the composition of a Polish government in the years of the Second World War and immediately thereafter. The author has enjoyed access to Stanislaw Mikolajczyk's files, which provide valuable information on the policy of the Western Powers, the Soviet Union and Polish government in exile.

On pages 209-210 (225-226 of the PDF document) there is the following infamous quotation regarding the British Broadcasting Corporation (BBC) aligning with the Government to produce and spread propaganda, along with higher British clergy:

"On February 29, 1944 the British Ministry of Information sent the I following note to the higher British clergy and to the BBC."

I am directed by the Ministry to send you the following circular letter: It is often the duty of the good citizens and of the pious Christians to turn a blind eye on the peculiarities of those associated with us. But the time comes when such peculiarities, while still denied in public, must be taken into account when action by us is called for.

We know the methods of rule employed by the Bolshevik dictator in Russia itself from, for example, the writing and speeches of the Prime Minister himself during the last twenty years. We know how the Red Army behaved in Poland in 1920 and in Finland, Estonia, Latvia, Galicia, and Bessarabia only recently.

We must, therefore, take into account how the Red Army will certainly behave when it overruns Central Europe. Unless precautions are taken, the obviously inevitable horrors which will result will throw an undue strain on public opinion in this country.

We cannot reform the Bolsheviks but we can do our best to save them -and ourselves-from the consequences of their acts. The disclosures of the past quarter of a century will render mere denials unconvincing. The only alternative to denial is to distract public attention from the whole subject.

Experience has shown that the best distraction is atrocity propaganda directed against the enemy. Unfortunately the public is no longer so susceptible as in the days of the "Corpse Factory," the "Mutilated Belgian Babies," and the "Crucified Canadians."

Your cooperation is therefore earnestly sought to distract public attention from the doings of the Red Army by your wholehearted support of various charges against the Germans and Japanese which have been and will be put into circulation by the Ministry.

Your expression of belief in such may convince others. I am, Sir, Your obedient servant,

The Ministry can enter into no correspondence of any kind with regard to this communication which should only be disclosed to responsible persons."

"It is unknown how many recipients of this communication complied with the above instructions."