Home Media Radio: The story of The Fall of Liberty Lobby and The Institute for Historical Review (2009)

Radio: The story of The Fall of Liberty Lobby and The Institute for Historical Review (2009) 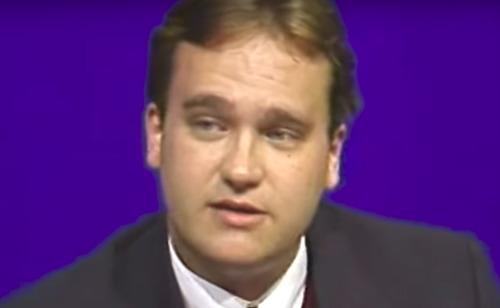 In 2009 between Monday the 2nd and Friday the 6th of February, the broadcaster and author Michael Collins Piper (wikipedia) (website) (1960-2015) recollected his personal account of the fall of the highly influential Institute for Historical Review (wikipedia) (website) (began in 1979) and The Liberty Lobby (wikipedia) (started in the mid-1950s) on The Republic Broadcasting Network. These events led to the creation of The Barnes Review publication which was founded by Willis Carto (wikipedia) (1926-2015) who plays a key-role in the funding, founding, operation and history of all of the aforementioned publishers.

This is an amazing history which covers various topics such as corrupt police and judges, missing millions from the inheritance bequeathed by an heiress benefactor, a battle for what remained, people involved with Mossad and possibly the CIA, ADL and other organisations of Western power, the Russia-Afghanistan war, Jewish power and influence... and much more. It is above-all a tale of greed, corruption and self-interest overcoming moral duty and purpose by various individuals and groups to destroy some of the brightest lights in the initial chapter of the post World-War Two historical revisionist movement for truth and exactitude in world history.

According to Piper before the series was broadcast Carto told him “Hit ‘em and hit ‘em hard, tell all the details.”

Piper announced during this broadcast: “The people who want the facts are getting the facts because YOU CAN HANDLE THE TRUTH.”

Note the audio has been edited in the following ways:

A book of the above story.

The Piper Report on The Internet Archive: