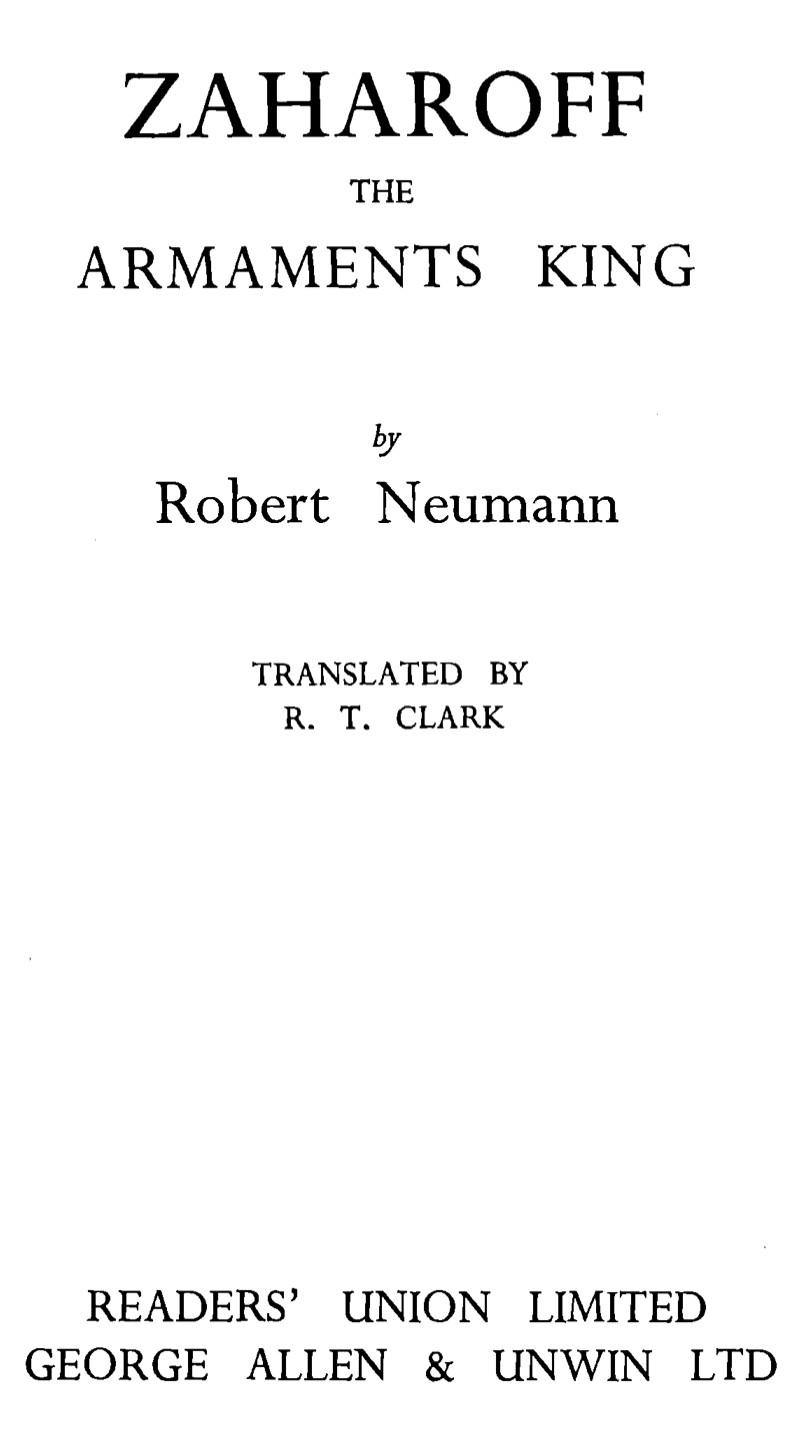 THE DIFFICULTIES OF A BIOGRAPHER

PROBLEM: To write the biography of a man who was still alive not so many months ago. He is just as moral, just as immoral as any other, neither devil nor saint, and if there is a something which makes him different from other creatures who are greedy for food and plunder, it is no more than this-that he has done his gathering of booty more successfully and more cleverly. His plunder has been won on the grand scale, and it is only because his success has been on that scale that his cunning, trickery, and unscrupulousness seem to have something of grandeur about them. His life is an adventurous one, but not a whit more adventurous than the times in which it was lived.

His biographer is faced with extraordinary difficulties. The archives of ministries and embassies and those of the great armaments firms as well are kept sternly under lock and key, and to describe how this or that document printed in this book came into the hands of the biographer would need a book in itself...