With Hitler on the Road to Power (1934) by Otto Dietrich

With Hitler on the Road to Power

Personal Experiences With My Leader (1934) 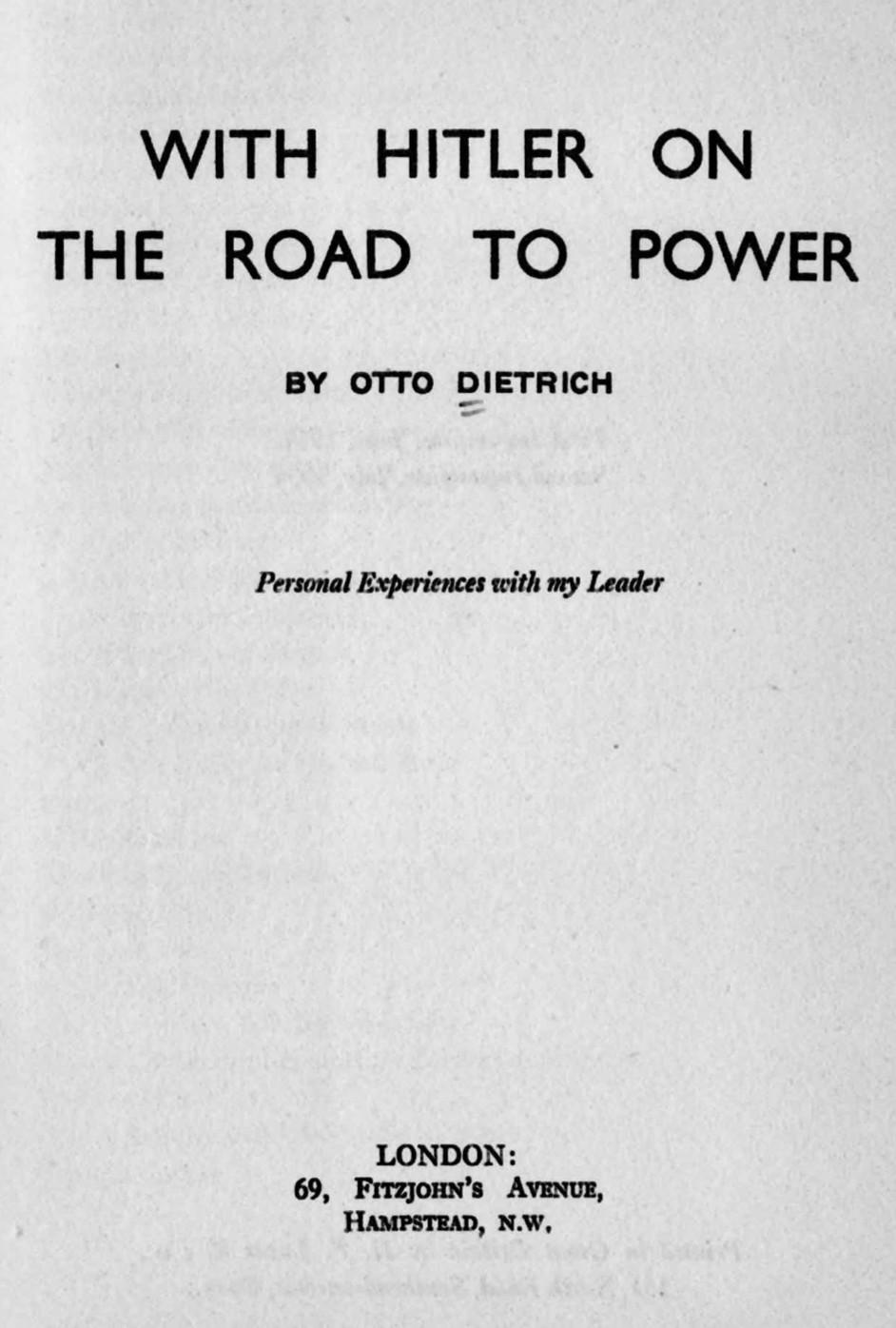 Subtitled "Personal Experiences with my Leader," this work, written by Adolf Hitler's chief of press in 1934, details the three tumultuous election campaign years from 1930 through to the coming to power of the NSDAP in January 1933. The author formed part of Hitler's inner circle and campaign staff during this period-which included six full elections in two-and-a-half years-and later went on to become the chancellor's personal press officer. Starting with a short backgrounder of the growth of the National Socialist party, Dietrich then springs into a vivid description of the exhausting and intense electoral campaigns. Many fascinating details are included, such as Hitler's hectic speaking schedule, and his ground-breaking-and sometimes highly dangerous-innovation of flying to meetings up and down the country. Hitler's schedule, Dietrich recalled, was so intense that his entourage had trouble keeping up with him. Also detailed are accounts of the Communist Party's endeavors to stop Hitler-which included the setting of ambushes, and the attempts by the supposedly democratic parties to legally restrict the NSDAP. Finally, the triumph of winning power-and the political intrigue which preceded it-are ably presented, before the work finishes with a broader philosophical discussion on the new National Socialist government's position and interaction with the rest of the world.

These pages shall comprise no biography of Adolf Hitler, no description of his political activity during the last years, but they shall recount decisive days of struggle and great moments, in a series of fragments from personal reminiscences, which the author has been privileged to experience with his leader during the last years until the attainment of power.

The reader may form for himself a conclusive picture of Adolf Hitler's personality from the individual scene of this struggle, com parable to that of Faust, of this fantastically modern way of work of this truly heroic struggle for the triumphal advance of the National Revolution. Probably these scenes reveal to one readers not only the man Adolf Hitler, but also the scent of his success.