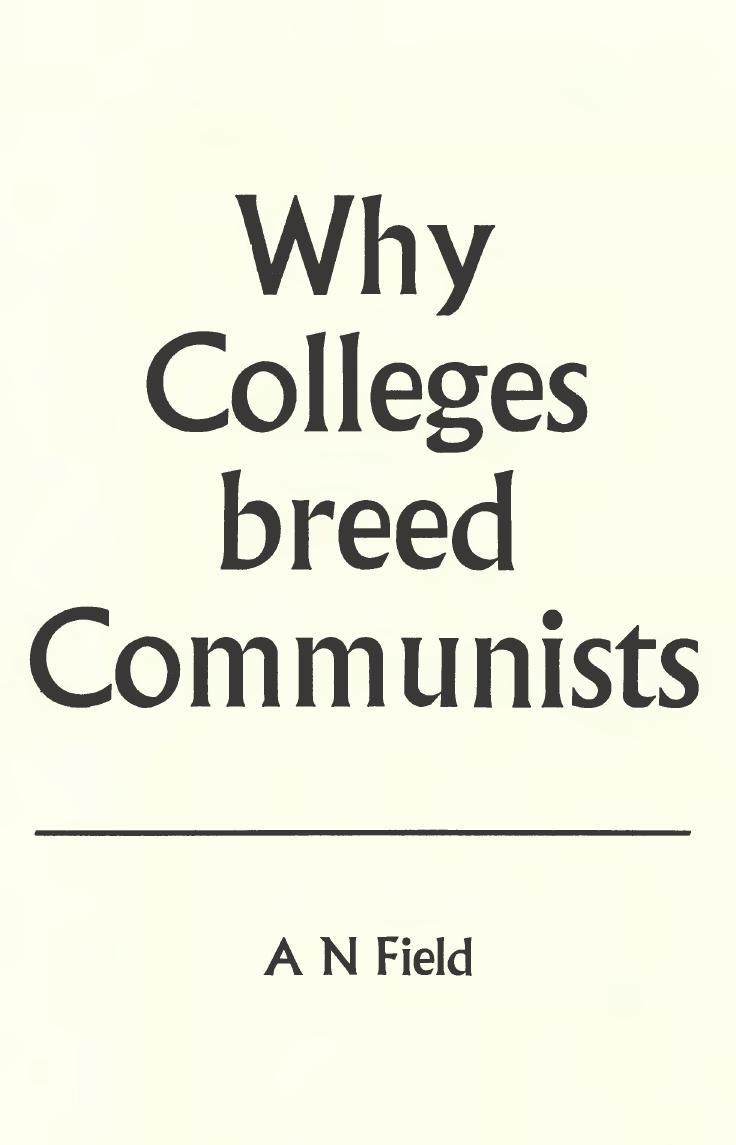 THE PUBLISHERS OF FOUNDATION TRACTS ARE PRIVILEGED TO RE- Tissue "Why Colleges breed Communists," written by the New Zealand author, the late A. N. Field, and first published in that country in 1941.

Evolutionism is the subject which the author examines. It is a subject the implications of which are, for some, obscured by the rodomontade of certain scientists. More dangerously, the true character of evolutionism is clouded for many by the vapourings of professional religionists, and in particular by such as choose to dispense that peculiar mixture of clergianity and Marxism known as the Social Gospel. In the mass media of England, the T.V., the press and the wireless, evolutionism is sacrosanct, and its speculative basis must not be discussed. The more vocal propagandists of the cult, however, have been granted access to the schools and universities. It is as paid educationalists that these are now licensed to press their atheism upon captive audiences, and, where and whenever possible, to overthrow the faith of children.

In this compact survey, Mr. Field shows evolutionism to be a scientific fraud. He brings forward the facts which enabled him to recognise the modern university college as a machine for de- Christianising and demoralising the community.

In his chapter, Evolution's Offspring, the author opens up a very fruitful line of research, and reveals the origin of much of the spiritual and intellectual unrest of our times. This is generated by the wilful abandonment of Scripture; yet there are signs that the wheel is coming full circle. Again, one here, one there, is prompted to return to, and to dare to believe what God has written.

May this book play some part in encouraging that return.