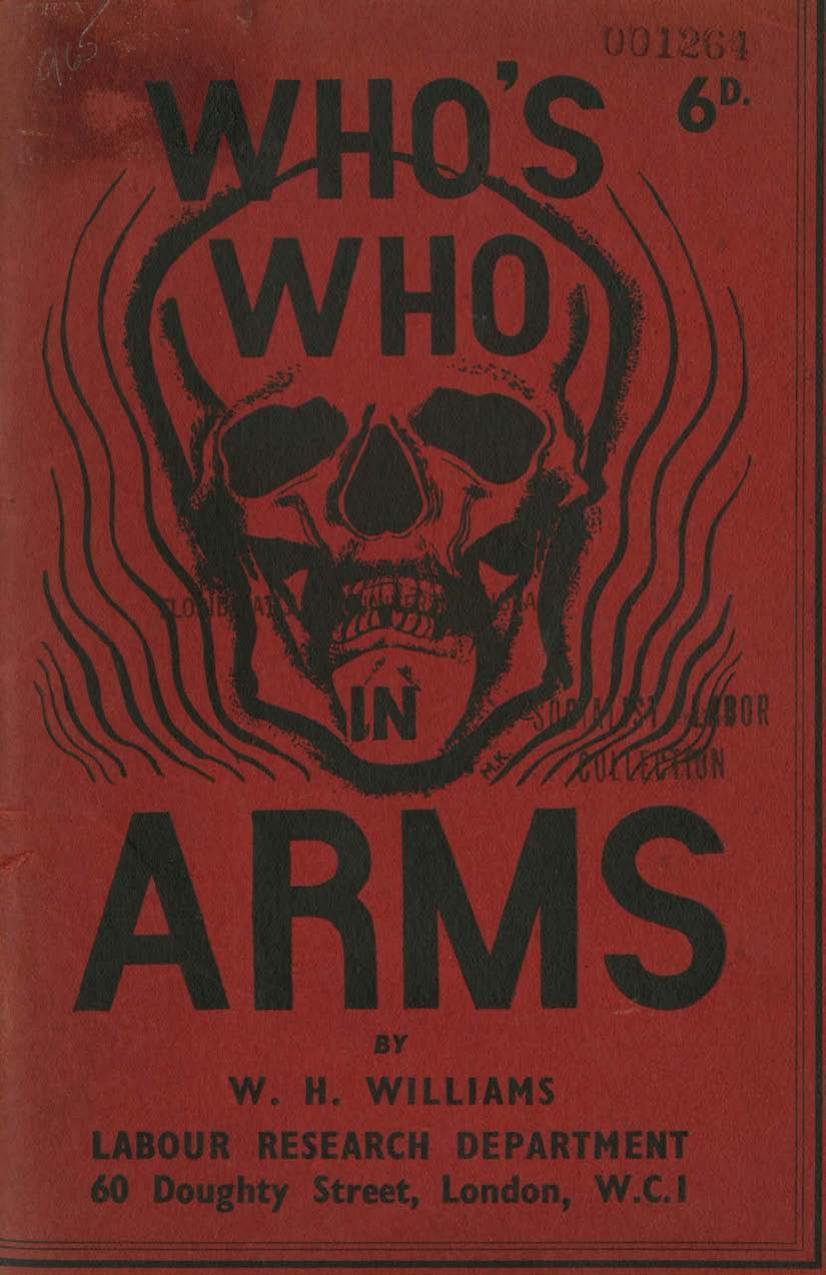 The allegations made against the British arms manufacturers at the United States Senate Arms Enquiry have resulted in a widespread feeling of uneasiness in this country. Nor have the replies to the charges been convincing enough to dispel this disquiet.

The appointment by the British Government of a Royal Commis- sion to enquire into the private manufacture of munitions of war was made in such circumstances as to increase rather than to allay suspicion. The Government acted only after prolonged public agitation, the terms of reference to the Commission are very restricted; and the long notice of the enquiry which has been furnished gives the manufacturers every chance of concealing evidence which might damage them. At the same time the vast increase in armament expenditure shows that the Government has no serious intention of bringing the arms racket to an end.

In preparing this pamphlet, the Labour Research Department was concerned with the urgent need for the presentation, in a compact form, of all the material necessary to answer the question, "Who are the people behind the armament firms?" In this study we are concerned with the presentation of facts, not of views. It has been our aim to select and arrange the material in a manner which will enable the reader easily to grasp quickly the essential lines of control.

We preface our accounts of the various firms with some extracts from the public pronouncements of leading personalities associated with them. These quotations reveal the mentality of the armament kings in words which they have themselves chosen.

The preparation of' the pamphlet has involved long enquiries, mostly in the search room at Somerset House. The Labour Research Department acknowledges with deep gratitude the help of a band of students who undertook much of the work during their vacation. Thanks are also due to other friends of the Department for much practical help and advice.

It will be understood, of course, that changes in shareholdings may have taken place since the date of the Somerset House files, furnished annually, [Rom which the particulars were extracted, and that changes in directorships may have occurred after this book went to press.

In the preparation of this pamphlet the following sources have been used, among others:

Documents filed in the company search room at Somerset House: Who's Who; Directory of Directors, 1934; Stock Exchange Official Year Book, 1935; The Economist; The Slack Exchange Gazette; The Times; The Daily Telegraph; Hansard.