Home Books Who Brought the Slaves to America? (1968) by Walter White

Who Brought the Slaves to America? (1968) by Walter White 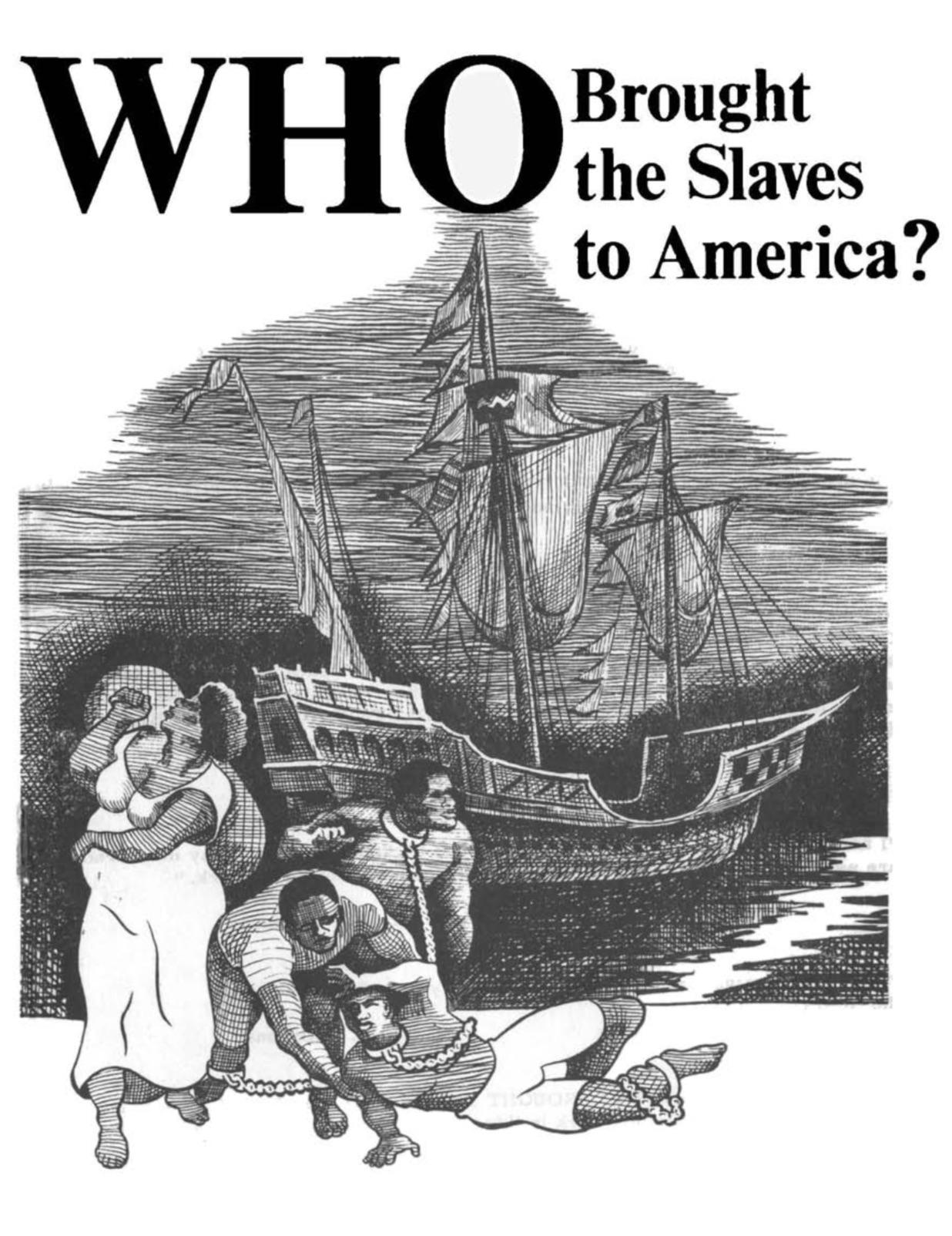 The subject herein is a condensation of reference material not available to the lay public. In fact, the history about "the Jews and slavery" has been cleverly and cunningly suppressed these many years inasmuch as it has been an the Jews' 'planning board' for many years to eventually arouse the Negro so that the Black Race could be used as revolutionists with the ultimate aim of "One World Jewry Government" becoming a reality, after which, their plan is to enslave the Negro once more -- after the Negroes' usefulness has been exhausted.

In this year, 1968, it is only the fool, or at least the uninformed who does not understand that Communism is Jewish. Karl Marx: was a Jew. That there is a deep-seated bond between Jewish culture and Communism cannot be doubted.

Here are a few similarities.

Another very important fact about the Jew is that although there are Freneh Jews, German, Polish, English, Spanish, Oriental and Russian Jews, they all have that 'base quality' which separates them from all other races in the world. They have no respect whatever for the Gentile (Israelite). In fact, they ridicule and use unprintable language about all Gentiles. They are a most segregated people. Anywhere in the world you will find this unenforced segregation. It is the Jew who gave birth to the 'ghetto'.

The gentile has yet to learn that the Jew is naturally deceitful and thinks noth- ing of lying to his fellow man. The Jew will take the customary court room oath before acting as a trial witness. He takes the oath (knowing while he is taking it) he will violate it because within himself he does not believe he is committing a wrong. This is an inheritance. It is part of being a Jew. He is born and raised with this belief and this teaching is a part of his daily life - like salt and pepper on the American table. They will commit perjury for one another and yet almost in the same breath they will cheat one another. They seldom suffer from remorse.

The naive Gentile, to fully appreciate the statements made herein about the Jews, as a race, must live and work with them closely. One must observe them under all conditions and surroundings.

Too often overlooked by the Gentile is the 'positive evidence' that the Jew is not of the White Race.

The Jew will always attempt to stifle anything that is detrimental to him and h is race. Perhaps this is understandable when one stops to take census of the voluminous wrongs and evils committed by Jews throughout the entire world. They have been extended extremely unusual consideration and mercy in every country they inhabited, including the United States, yet they have driven their dagger deeper into the heart of this country than in any other. The Jewish Establishment is running your very life whether you realize it or not.

It is the same Jew, the same establishment which destroyed Germany and this writer is often stunned at the dirtiness of its cold, cruel, filthy, dirty, evil, rotten, corrupt whore's heart. America today is literally dying of the 'Jew disease. '

The evidence contained herein has been carefUlly documented with references in the appendix for further detailed and specific information.

If the Negro people ever learn what the Jews did to the Black people of Africa there could be an uprising unequalled in American history.

If you haven't already awakened to the deceit and cunning of the common enemy, the Jew, you deserve the fate which they have planned for all Christianity But investigate for yourself. Actually, what is within the pages of this document should be education enough for anyone. We give you references. and gilt edge documentation. You could not ask for more.

We are confident that you will agree after you have read this in its entirety that it gives you much to think about. BUT DON'T THINK TOO LONG. Find out how you can do something to remedy the Jewish cancer in American society.

All who name themselves Christians must walk together against the Anti-Christ, for did He not say "The Truth will make you free"?

The author, as evidenced in the declassified FBI-file was a former Secretary for the National Association for the Advancement of Colored People (NAACP).