What the British Empire Really Stands For (1912) 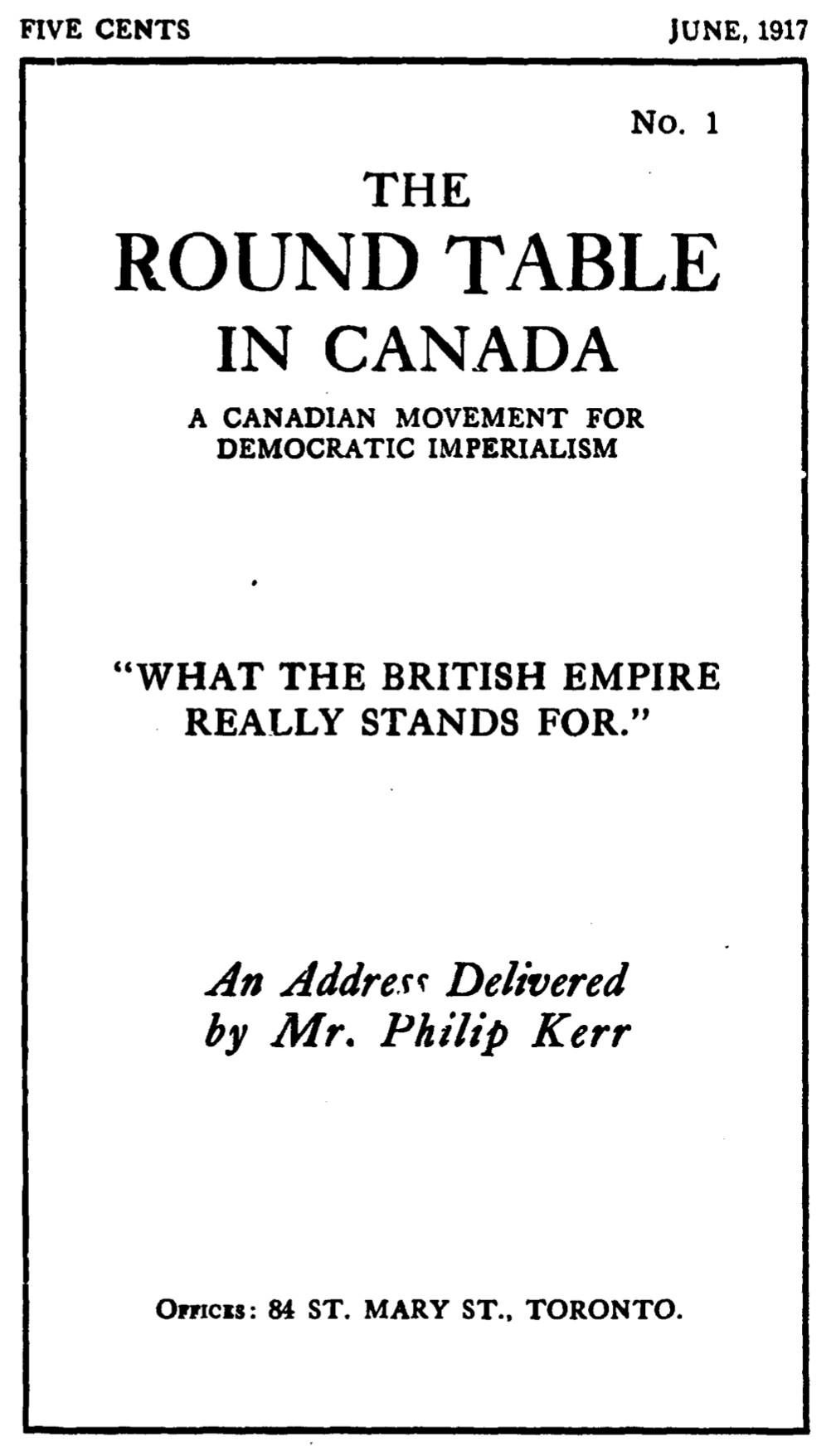 An Address Delivered by Mr. Philip Kerr at the Toronto Club to the Members of the Round Table on Tuesday, July 30th, 1912:

"I would like with your consent to explain to you what I believe the British Empire really stands for
I will confess frankly that when I came to this court try three years ago I was not in any true sense an Imperialist: I was a sentimental Imperialist in the sense that I had been born under the British Bag and my emotions could easily be rosed by an appeal to the sentiments that centre round that Bag, but I had no understanding of what the Empire was or of what it was likely to develop into. I am now a convinced Imperialist, and I want to tell you why.