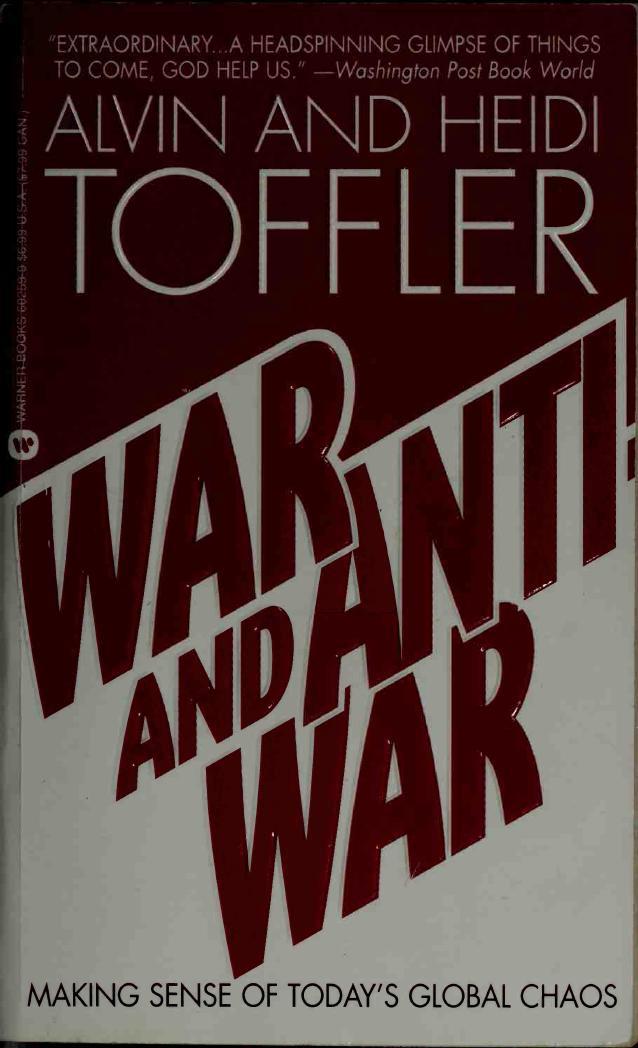 THIS BOOK is about wars and anti-wars to come. It is for whose face has been half ripped away by explosives, and for his mother staring with glazed eyes at what is left. It is for all the innocents of tomorrow who will both kill and die for reasons they do not understand. It is a book about peace. Which means it is a book about war in the is the Bosnian child startling new conditions we are creating as we race together into an alien future. A fresh century now stretches before us, one in which vast numbers of humans can be raised from the edge of hunger ... in which the ravages of industrial-era pollution can be reversed and a cleaner technology created to serve humanity ... in which a richer diversity of cultures and peoples can participate in shaping the future ... in which the plague of war is stanched.

"The have written an important book. It should spark the type of media debate that has been going on in military circles since the end of Operation Desert Storm. The result of that debate will determine the size and shape of our military in decades to come." -- Washington Times