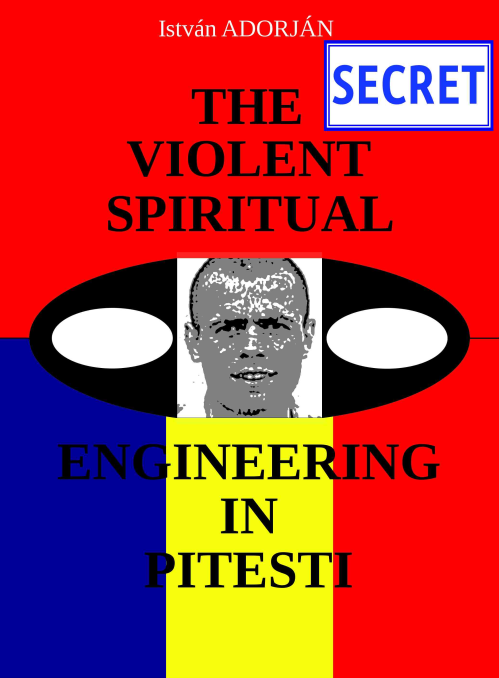 “The game with satan is very perilous, as those who serve him from collaborators become victims. Satan has no remorses, nor word, nor moral, nor sentiments, but only a well established purpose: changing the collaborators into victims easier to maneuver. In this world, it is not as the human wants, but as the Lord wants.” -- Dumitru BORDEIANU, former political prisoner

With this book, I present a hypothesis relative to the essence of the “Piteşti experiment” — the working out experimentally in the prison in Piteşti of a violent method of destroying the Legionary Movement in the early communist period in Romania — through the concept of “national conspirational imperialist organization,” as well as with the aid of the experiences, information, and theory of the former political prisoner Dumitru BORDEIANU. I consider the “Piteşti experiment” to be an evidence of the existence and actions of the national conspirational imperialist organizations.

When theorizing a subject of natural science of which object is equally accessible to anyone, anyone has a chance in creating the relatively best theory, and can make an experiment to corroborate that theory. This is not the case with human history. Historical events are by their nature directly accessible only to a relatively small number of humans, who can be considered privileged from the point of view of scientific cognition. Therefore, on theorizing a subject of human history a special attention must be paid to the ideas of humans who directly experienced the respective events. In case of the “Piteşti experiment,” Dumitru BORDEIANU is one of the few humans who not only suffered through that horrible event for a victim of it, but also had the exceptional spiritual power to theorize it. While Gheorghe GHEORGHIU-DEJ was the political ruler, Dumitru BORDEIANU was probably the scientific ruler of that juristical-political-historical event.