Home Books This Age Of Conflict (1987) by Ivor Benson 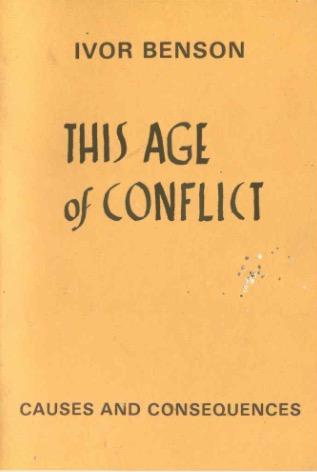 THIS AGE OF CONFLICT

"It is almost a joke now in the Western world, in the 20th century, to use words like 'good' and 'evil'. They have become almost. old-fashioned concepts, but they are very real and . genuine concepts. These are concepts from a sphere which is higher than us. And instead of getting involved in base, petty, short-sighted political calculations and games, we have to recognise that the concentration of World Evil and the tremendous force of hatred is there and it's flowing from there throughout the world. And we have to stand up against it and not hasten to give to it, give to it, give to it, every- thing that it wants to swallow." - Alexander Solzhenitsyn.