Home Books The War and The Jew (1942) by Vladimir Jabotinsky

The War and The Jew (1942) by Vladimir Jabotinsky 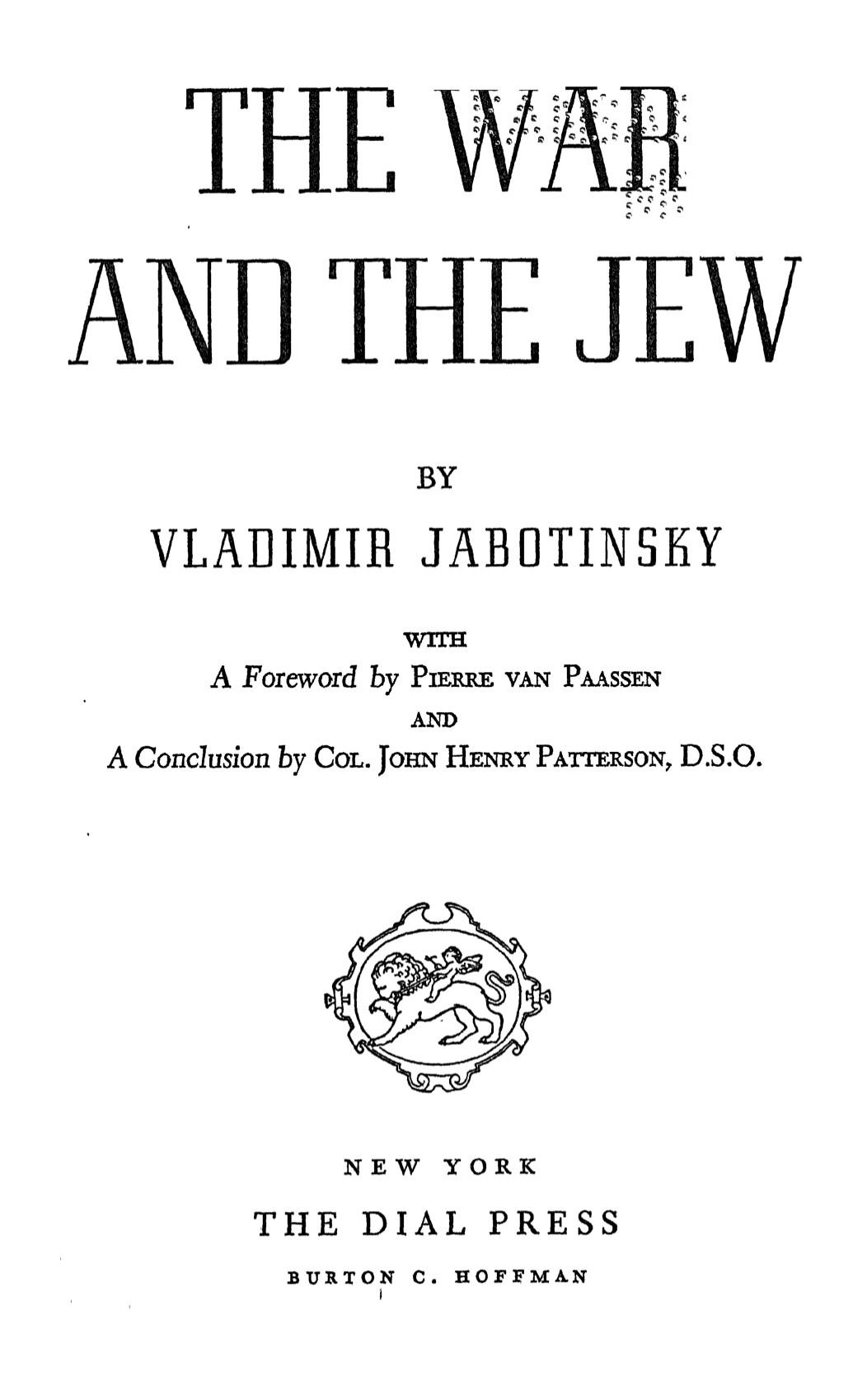 THIS book will compel the attention to the war-ridden world. Its analysis of the Jewish problem tears down the shams and ignorance which have been built up around it. The solution of the Jewish problem is vital not only to the Jewish people but to the health of the world. Jabotinsky's proposals for the new world after the war are not only the demands of a Jewish patriot- they are the essence of bold statesmanship, and constitute a challenge to which the civilized world must reply.

Vladimir Jabotlnsky, one of the best-known figures in the Jewish world, fought for the rights of the Jewish people for In World War I he struggled against enormous odds for the creation of the Jewish Legion which ultimately participated in Allenby's Palestine campaign.