The Ultimate World Order - As Pictured in the Jewish Utopia (1932, 1957) by Michael Higger & Robert Henry Williams

Originally uploaded a 1957 version, and the 1932 original is now published here too. 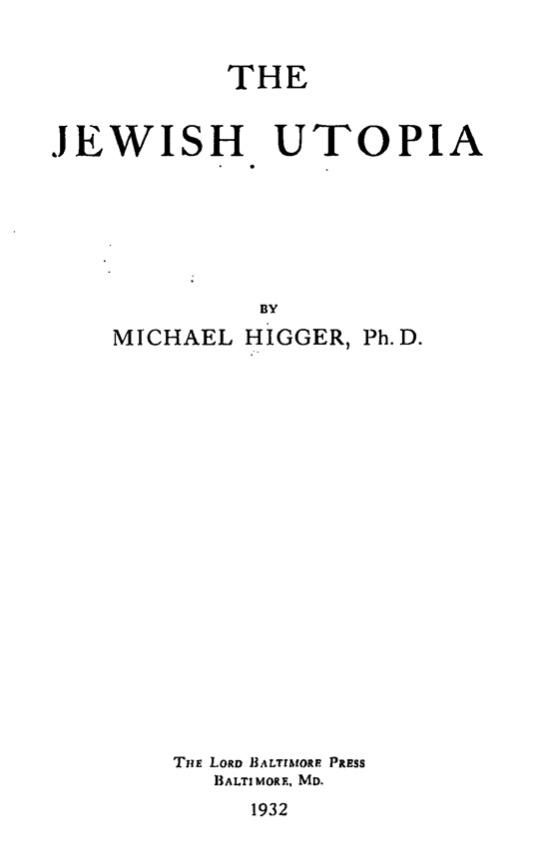 "THE JEWISH UTOPIA", discovered by the author in an unlisted Jewish collection in the library of the University of Texas, is the authentic and complete plan of the Zionists for world domination. It pictures the ultimate "new social order" which the Zionists hope to establish after they have used Communism, democracy and a third world war to gain their ends. THE ULTIMATE WORLD ORDER is an analysis of "The Jewish Utopia", with photographs and excerpts from the original text.