The Truth About the Slump (1931) by Arthur Nelson Field

The Truth About the Slump: What the News Never Tells (1931)

Excerpts from the Introduction:

This book tells the story of who caused the slump and how they caused it, and it directs attention to two simple steps that can be taken to save our farmers and traders. No greater mistake can be made than to suppose that the present slump in commodity prices is due to blind economic forces. The depression from which we now suffer is due to an artificially induced variation in the purchasing power of money. In these pages will be found ample evidence in support of that statement. The quarter from which the trouble is coming is indicated, and the amazing manner in which the machinery for monetary control of the world was established is traced out. The story of the slump is essentially a story of men and their motives.

The answer is that the most potent forces in the world today are forces that do not work in the open. They could not work in the open: for if they did mankind would not for one instant tolerate their continuance. It is essential for the success of their plans that the people of the world should be unaware of the chains that have been made to enmesh them. 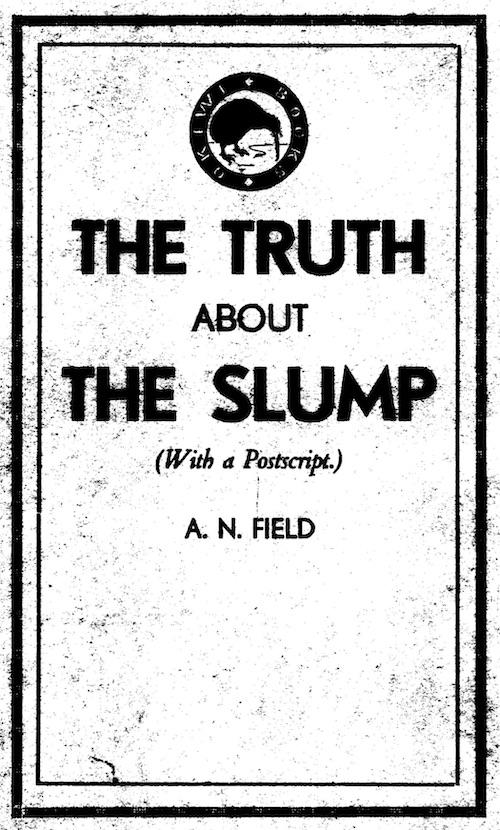 A small number of persons in different countries have shown by their utterances that they are well aware of what is taking place--or, rather, has been taking place- for the chain of events extends back over a long period of time.

Three-quarters of a century ago Disraeli told Britain's House of Commons that "the world is governed by very different persons from what is imagined by those who are not behind the scenes."

In a recent interview, General Ludendorff, chief of the German General Staff through the war, declared that "The world today is ruled by "secret supra-national powers," "the same diabolically clever wire-pullers that brought about the last cataclysm."

In the London "National Review" six years ago Mr. Arthur Kitson wrote about "Our Invisible Rulers," and
in other articles has expounded this same theme