An expose of the Roosevelt administration on how they actively provoked the Japanese before Pearl Harbour. John T. Flynn was the first to advance the Pearl Harbor advance-knowledge conspiracy theory. 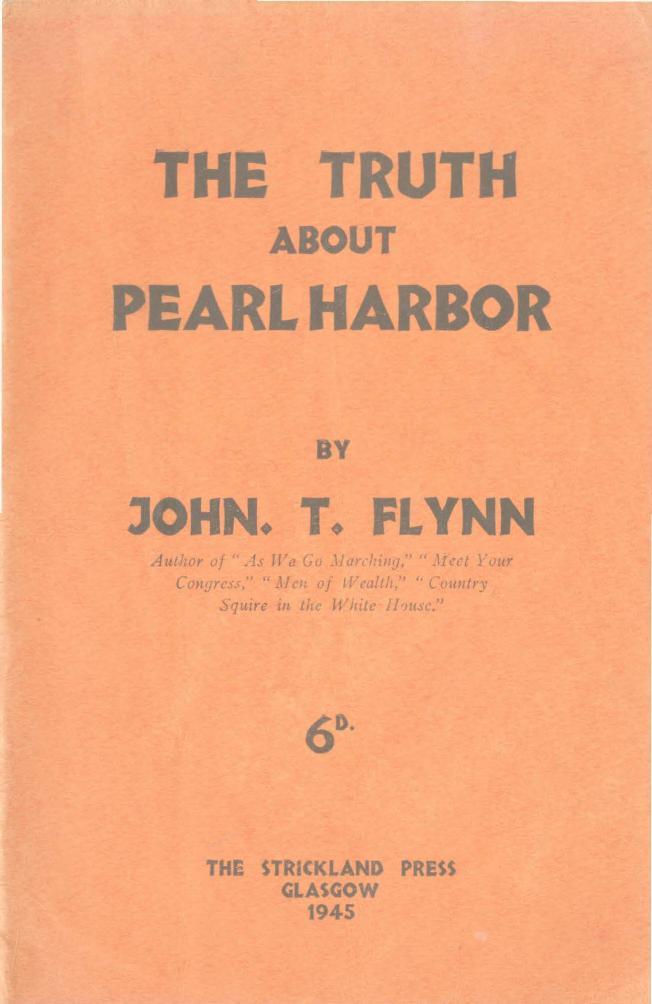 This is an attempt to examine the evidence bearing on the Japanese attack on Pearl Harbor in order to establish responsibility for that disaster.It is not a brief for Admiral Kimmel or General Short, both of whom are unknown to the author. Nor have I had any communication with either. It frequently happens that what is looked upon as a profound secret lies open to the eye of any student who has the patience to examine with care the newspapers, the public reports and the testimonies of interested persons which appear in books and magazines.

Bits of information meaningless in themselves when brought together serve to make a complete picture. This is all I have done. I have read the newspapers day by day since before the Atlantic meeting of Mr. Roosevelt and Mr. Churchill. I have read with care the official report, of Japanese-American relations published in three large volumes by the government. I have studied the Report of The Roberts Commission. I have read numerous magazine articles and books such as Ambassador Grew's Ten Years in Japan, Col. Allison Ind's Bataan, the Judgment Seat and many others.

In this material is to be found all t:he evidence necessary to make clear to the reader why Pearl Harbour and the Philippines were so helpless when the Japanese appeared over them on Dec. 7 and 8, 1941, and who was responsible for it.