The Secret World Government or "The Hidden Hand": The Unrevealed in History (1925) 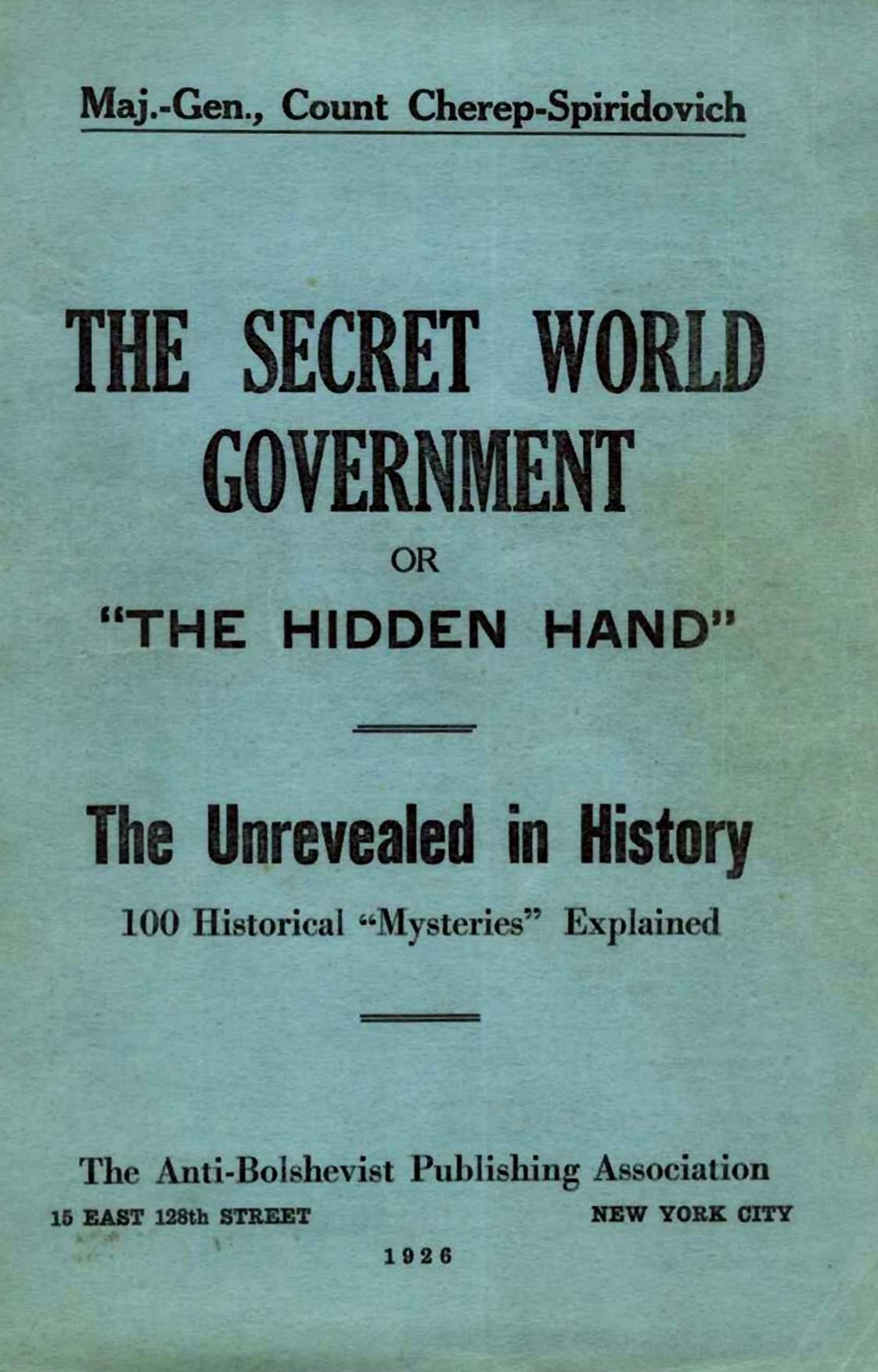 This book is mostly about Jews; it is not against the Jews. These painstaking researches have been made in order to rewrite history "with conscience;" as Lamartine urged, as Washington Irving admonished. The results are presented tO the thinking public to enlarge its intelligence, not its prejudice. The book should appeal to Jew and Gentile alike, that they may join hands in purging society of its enemies, be they Jewish plotters or. Gentile participants; each group more contemptible than the other according to the point of contemplation.

The Jews should bring to bay the "Satanists," who corrupt the countries in which they have found asylum; the Gentiles should make harmless every Judas, who accepts the bribes of the Jews. Together they should eliminate from authority the man who "sells his birthright;" equally with him, who, taking advantage of hi weaker brother, "buys it for a mess of pottage;"

"But he that is greatest among you shall be your servant." (St. Matthew).

Count Cherep-Spiridovich springs from Norse gentility. His remotest ancestor on record was prince Rurik, who, being one of the "Worthies" of his time, was in 862 called by the Slavic people to Novgorod, where he founded a dynasty and gave Russia its name.

Nordic tradition, coupled with exceptional education and training, have given to general Spiridovich the spiritual ardor, the constructive impulse, and the extraordinary perseverance required to make his vast knowledge erve the exigencies of the present by his peculiar power to forecast the future, but it devolves upon the . 'Individual reader to make practical application of it, by refusing to participate in the practices, which engage "Enemies of Humanity." A Chicago Rabbi recently said: -

"We have been told, long enough: 'You cannot change Human Nat- ure; but, I say to you: Human Nature can be changed; and, what is men:
Human Nature mule he changed."

And, how may it be changed? A Danish philosopher has given the formula. He speaks of traditions of caste as undeniable obstacles to the realization of Freedom and Equality; but suggests how these obstacles may be converted into opnortunities saying:

These are the jewels of thought of a century; they blind the evil eye of bolshevism; may each reader set them, firmly, in the diadem of his deeds. Count Tolstoy prophesied :

"A man shall come from the North to save civilization."

Is that man Cherep-spiridovich? Who knows? Read his book and the world will never again seem the some to you.