Home Books The Russian Crucifixion - The full story of the persecution or Religion under Bolshevism (1930) by F. A. MacKenzie

The Russian Crucifixion - The full story of the persecution or Religion under Bolshevism (1930) by F. A. MacKenzie

The Russian Crucifixion: The full story of the persecution or Religion under Bolshevism (1930) 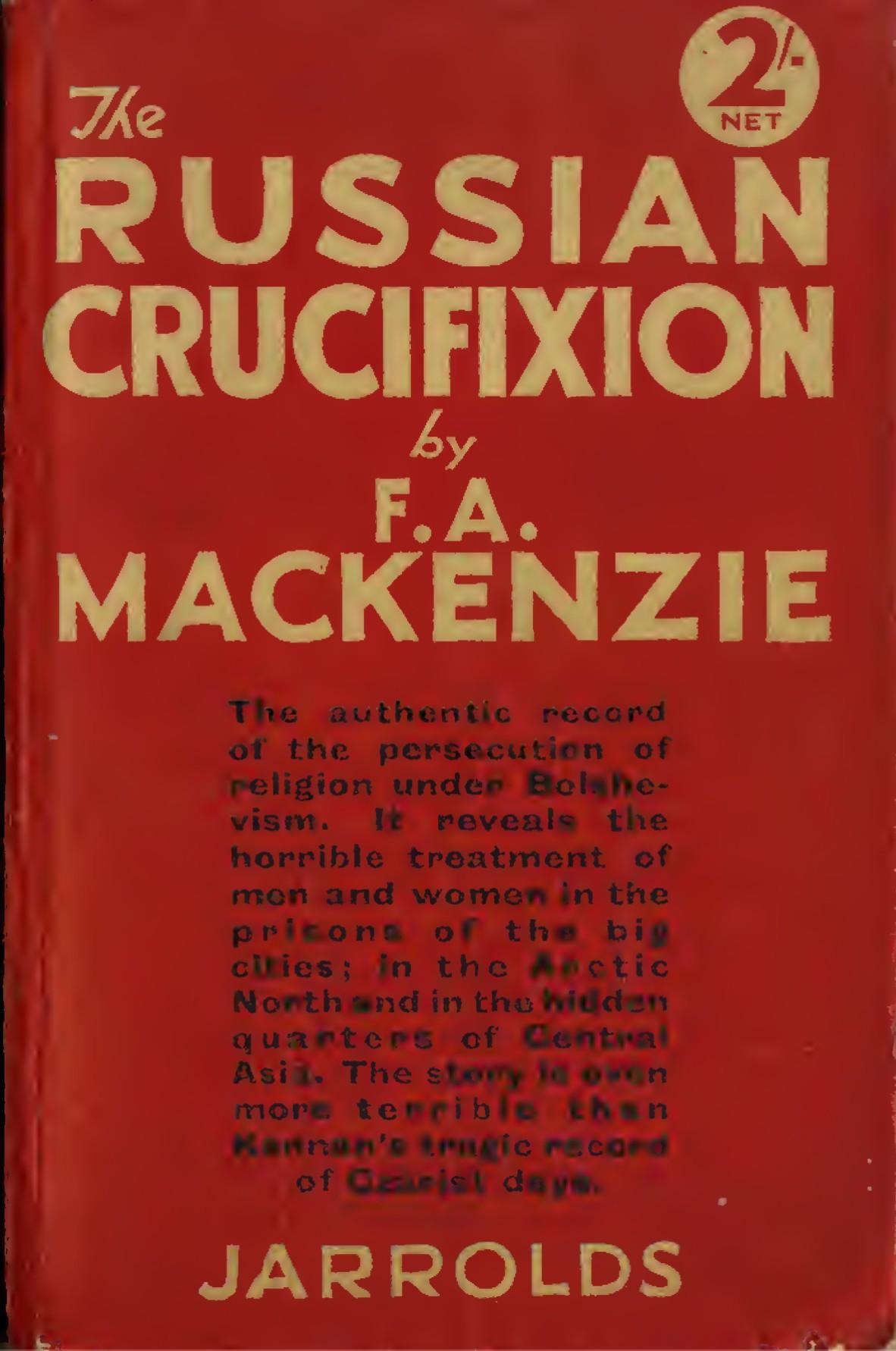 THIS book is a record, a protest, and an appeal. I tell of what I myself have seen and learnt of the persecution of religion in Russia, and I voice the appeal of Russian people themselves against it.

The escort anti-religious campaign, terrible though it is for 82 who are its victims, harms the Communist Government most of all. Bolshevism is building up a fresh barrier between itself and the West, a barrier that will prove more difficult to surmount than any other. Revlon will survive, possibly weakened in numbers. and certainly poor in material things, but purified and with its faith and devotion intensified.

Many people believe that it is useless to protest. They regard the rulers of Moscow as beings so high, so remote from the outer world, and so self-centred, that they keep on their course regardless of what any may say.

Happily, this is not true. On more than one occasion, during the past (ew years, world opinion has induced the Bolshevist leaders to stay their hand. The most notable example was the abandonment of the prosecution of the Patriarch Tikhon.

Month after month in 1929, the persecution of religion increased, and the world remained silent. Then the widespread resentment revealed itself. Catholicism, led by the Pope, the united Churches in Great Britain and in the United States, and Judaism represented by its chief priests, spoke and are speaking with common voice.

At first, Moscow replied in anger, and it seemed that the sufferings of the people might be intensified. But as I write this, messages are beginning to arrive from Russia from Communist sources that the Communist attitude toward the churches is to be modified.

May this prove true!

Much of this book is based on personal experiences. I lived in the Soviet State from the autumn of 1921 until the close of 1924. In the two following years I made my headquarters in Stockholm, frequently visiting the border cities in Finland, Estonia, and Latvia. I have since employed special means to keep in touch with the Russian situation.

What those means are, or where employed, it is unnecessary to indicate.

My appeal for religious liberty involves an appeal for political liberty. The sufferings of the Churchmen have been paralleled by the hardships inflicted on non-Communists of all shades of opinion. Not for the first time, Christianity and Judaism stand on a common platform with lovers of liberty and justice. pleading for freedom.