Home Books The Rulers of Russia (1940) by Father Denis Fahey

The Rulers of Russia (1940) by Father Denis Fahey 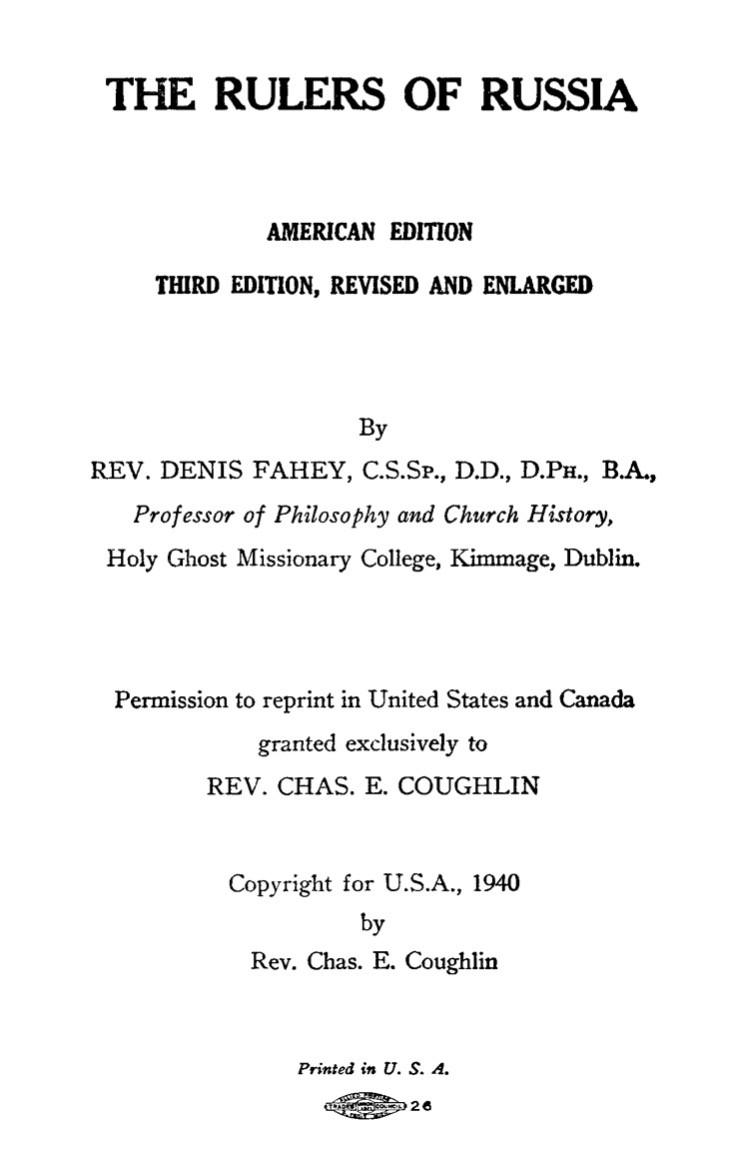 "For them (the peoples of the Soviet Union) We cherish the warmest paternal affection. We are well aware that not a few of them groan beneath the yoke imposed on them by men who in very large part are strangers to the real interests of the country. We recognise that many others were deceived by fallacious hopes. We blame only the system with its authors and abettors who con­ sidered Russia the best prepared field for ex­perimenting with a plan elaborated years ago, and who from there continue to spread it from one end of the world to the other." (Encyclical Letter of Pius XI, Divini Redemptoris, on Atheistic Communism.)