The Riddle of the Jew's Success (1927) by Theodor Fritsch 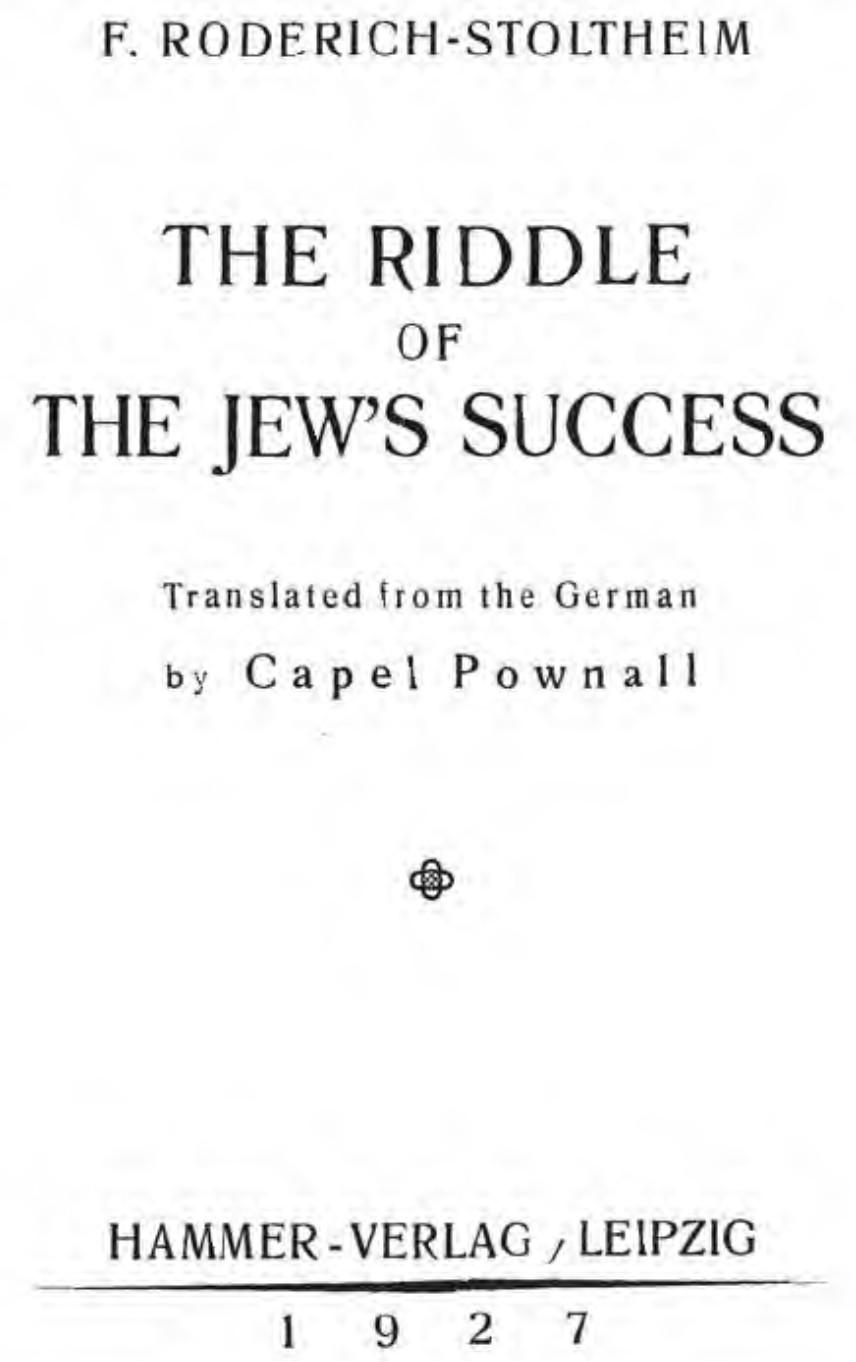 If there are riddles in the history of the nations, then the Jews most certainly present one of the chief instances; and, whoever has occupied himself with the problems of humanity, without advancing so far as the great problem of the Jews, has, so far as knowledge and experience of life arc concerned, merely skimmed the surface of the subject. There is scarcely a field, from Art and Literature to Religion and Political Economy, from Polities to the most secret domains of sensuality and criminality, in which the influence of the Jewish spirit and of the Jewish entity cannot be clearly traced, and has not imparted a peculiar warp or trend to the affairs in question.

Indisputable as these tacts are, it is nevertheless equally certain that Science, Literature and the Press, which concern themselves, not only in Germany, but all the world over, with all manner of valuable knowledge, display the utmost anxiety to avoid casting any light into the secret and mysterious sphere of Jewish influence. It is, as if a silent mandate had been issued, that the essential relations of life with Jewish are on in account to be disturbed — that the Jews, in fact, are not to be discussed. And thus, one is entitled to maintain, that in no department of knowledge is the ignorance of our learned men so pronounced, as it is in everything, which is connected with the Jews.