The Response (1995) by James Goldsmith 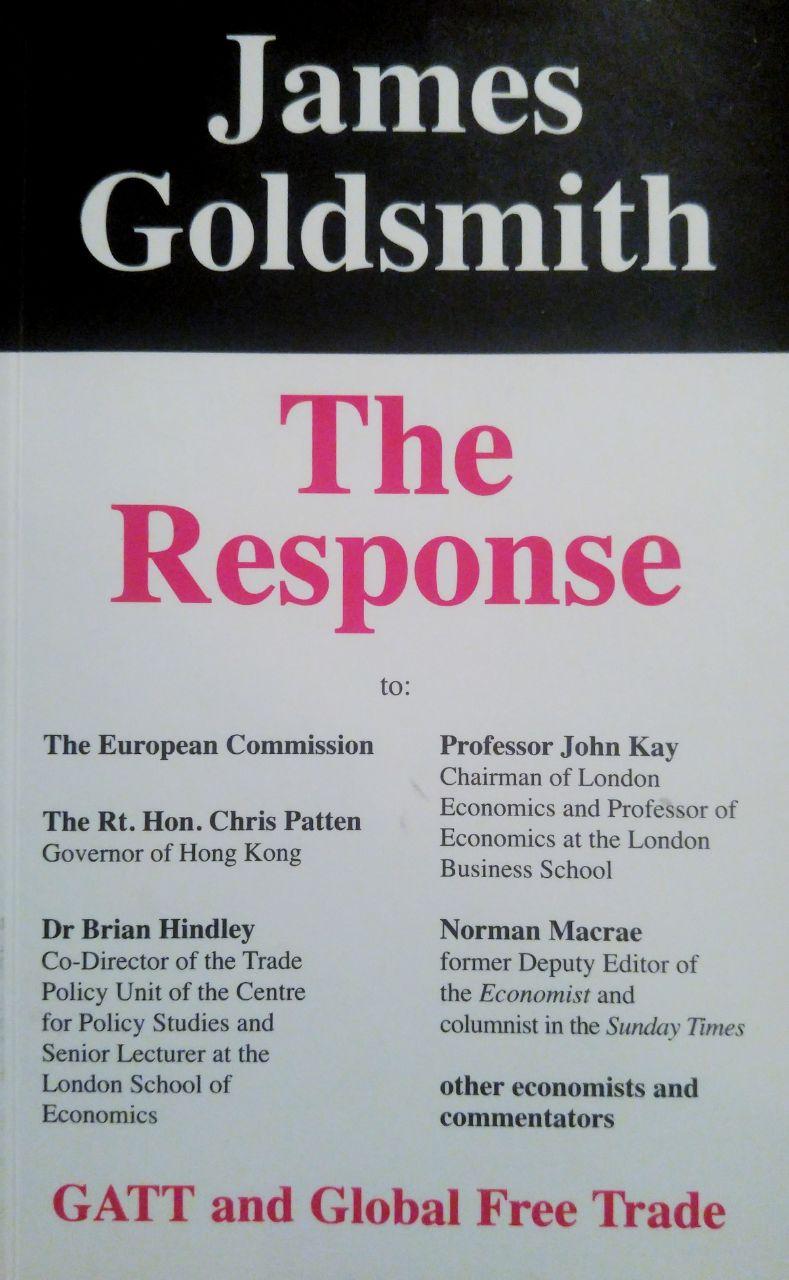 The English version of my book The Trap was published in November 1994, a little over a year after it first appeared in French. The second chapter, 'The New Utopia: GATT and Global Free Trade', attracted considerable adverse comment, including a European Commission document handed for information to the British press and a booklet published by the Centre for Policy Studies in the series The Rochester Papers. Most of the other comments appeared in columns or reviews in the British press of either the French or the British edition.

I have regrouped the principal criticisms into eight chapters, quoted the most significant and answered them.

The full text of the relevant chapter of The Trap is reproduced for easy reference as an appendix. The illustrated story of global free trade, using charts, begins on page 121.

Many of the points in the book are covered in Goldmith's 15th November 1994 interview on The Charlie Rose talk show: