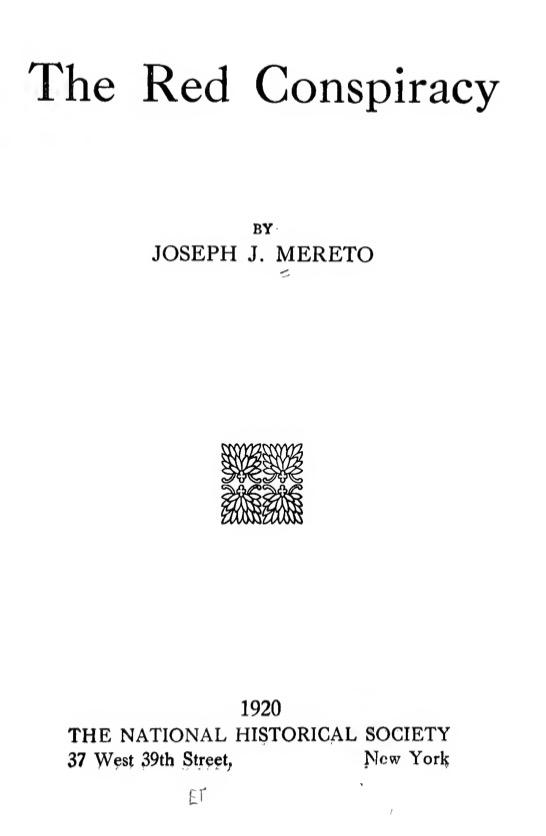 "This book proves the existence of the Red Peril. We publish it to warn America. We ask the help of every American, organization and institution to put 'The Red Conspiracy' in every home, school and library in the land." - the National Historical Society, 1920.

While "The Red Conspiracy" will appeal strongly to all who are seeking a clear and comprehensive knowledge of Socialism, Bolshevism, Communism and I. W. W. 'ism, it will be of special value to the workingmen of America, as it will enable them easily to understand the fallacies of the Revolutionists and at the same time make them realize the serious dangers that would result from the adoption of any of the various radical programs.

Friendship, indeed, the "Knights of the Red Flag" profess for the laboring man. Such friendship, however, once it is understood will be spurned, for it is one which would plunge the sons of toil into a terrible abyss of injustice, deprivation and suffering—wrongs far greater than those endured from abuses of capitalism and partial corruption of some government officials