THE CANADIAN ROYAL COMMISSION'S REPORT ON ESPIONAGE AND OTHER COMMUNIST ACTIVITIES IN CANADA. 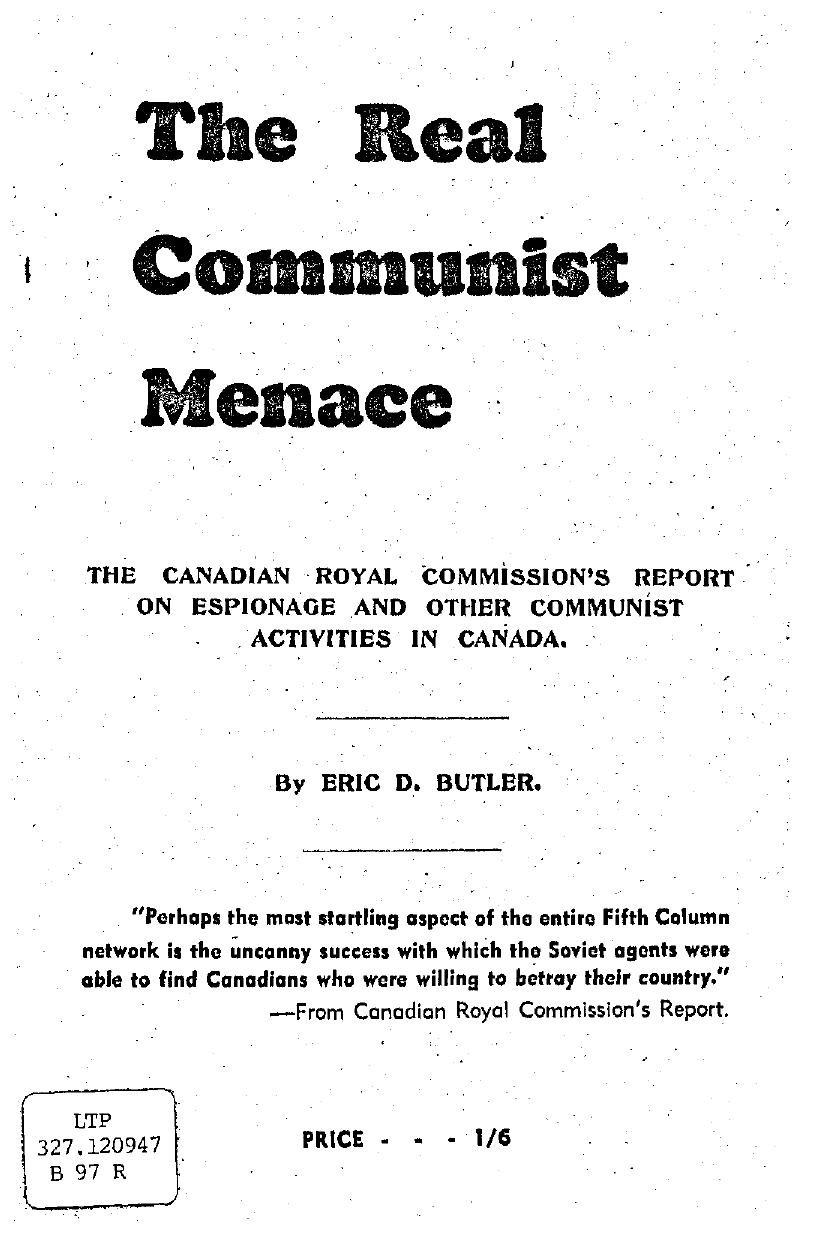 Early in 1946, the press carried headlines concerning the disclosure of Communist espionage activities in Canada on behalf of Soviet Russia. After the initial information, which revealed that highly placed officials in Canadian Government Departments and one Federal Member of Parliament were actively associated with fifth column activities, the press generally, both in this country and in Great Britain, made little or no further reference to the matter. The significance of this policy of suppression by the press will be referred to later.

So serious were the disclosures of espionage activities in Canada, that, on February 5, 1946, the Federal Government appointed a Royal Commission "To investigate the facts relating: to and the circumstances surrounding the communication, by public officials and other persons in positions of trust of secret and confidential information to the agents of a Foreign Power."

The Report of the Royal Commission on Soviet Espionage lists as agents of the spy network men and women working in high positions in universities, in the Department of External Affairs, the National Research Council, the Foreign Exchange Control Board, the Bank of Canada, the R.C.A.F. Intelligence, the Office of the U.K. High Commissioner, the Cana- dian Passport Office, etc.

The information contained in the Report of the Commissioners is of the greatest public concern at this critical period in history when the very foundations of our civilization are being destroyed. The Report concludes with these words: " We consider it of paramount importance that there should be available for all to read as complete an account as possible of the illegal activities which have already so seriously affected, and were designed even more seriously to affect, the safety and interests of Canada." Unfortunately, however, the Report has received practically no publicity outside Canada, while copies of the Report are very difficult to obtain. It is strange to learn from Canada that the first edition is exhausted and that the next will be reserved for the legal profession.

This small booklet aims to bring before the Australian public the most important portion of the Report, together with complementary information concerning the real Communist threat to the British Empire.

The Canadian Report brings into clear relief the fact well known to students of the real nature of Communism: namely, that Communism is an international conspiracy with secret conspirators in nearly every country. Also, and most important, that the disclosed Communist activities, although a threat to our civilization, camouflage the more effective policies of the undisclosed Communists in Government Departments and other "key" positions.