Home Books The Most Secret Science (1984) by Archibald Edwards Roberts

The Most Secret Science (1984) by Archibald Edwards Roberts 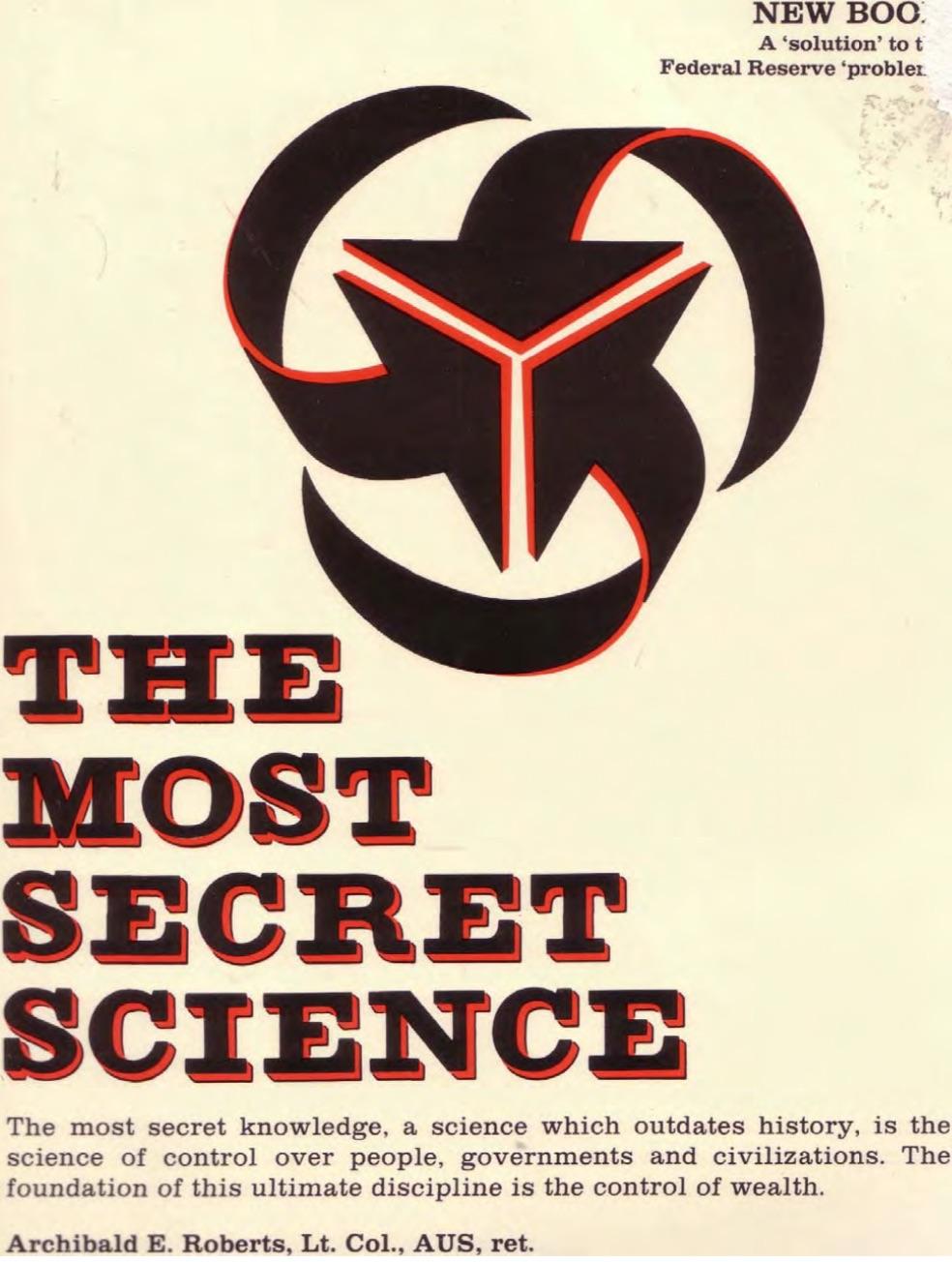 THE MOST SECRET SCIENCE rips the veil of secrecy from the men and the system behind America's economic crisis, and:

THE MOST SECRET SCIENCE makes you privy to the fruits of vast economic research, state legislature hearings, and court findings branding the Federal Reserve Act of 1913 "unconstitutional," and Federal Reserve banks "private corporations" which create money out of thin air and charge interest on it forever.

Successful litigant (1962-65) in a precedent-setting law suit against the Secretary of the Army, Cyrus R. Vance, involving freedom of speech of military personnel. Voluntarily retired in 1965 after twenty-six years Army service.

Author of the award-winning book, Victory Denied (1966), The Anatomy of a Revolution (1968), Peace: By the Wonderful People Who Brought You Korea and Viet Nam (1972), The Republic: Decline and Future Promise (1975), The Crisis of Federal Regionalism: A Solution (1976), Emerging Struggle for State Sovereignty (1979), How to Organize for Survival (1982), and hundreds of articles on The New World Order and its U.S. manifestations: United Nations, Federal Regionalism, and Federal Reserve System. Roberts publishes a monthly bulletin with national circulation and distribution to state lawmakers, media and heads of conservative organizations.